“Forty years, isn’t that something,” JazzFest director Terri Pontremoli said during a telephone conversation. “That’s why we decided to look inward at our own jazz history and our own heroes. So Cleveland is going to be well represented and I think that’s a good thing for us.”

The Festival kicks off on Thursday, June 27 at 7:45 pm at the KeyBank State Theatre with the iconic Tower of Power. “We are so excited to have them — they are celebrating their 50th anniversary, and some of them are the original members,” Pontremoli said. “If you want a hoot, get on NPR’s Tiny Desk Concerts and listen to theirs.” 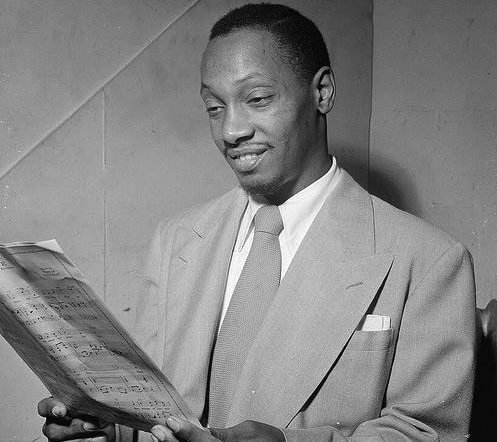 On Friday, June 28 at 6:00 pm in the Ohio Theatre, JazzFest pays Tribute to Tadd Dameron in a show that features the Clayton-Hamilton Jazz Orchestra and Dianne Reeves. Pontremoli noted that Dameron was born in Cleveland and despite being an amazing composer and arranger, he lived a life of relative obscurity.

“He arranged for some of the best people. That’s why I thought, if I’m going to do a tribute to Tadd, I want the best arranger out there, and to me, that’s John Clayton. Putting him and Dianne Reeves together is unique — they’ll also do some Mancini.” 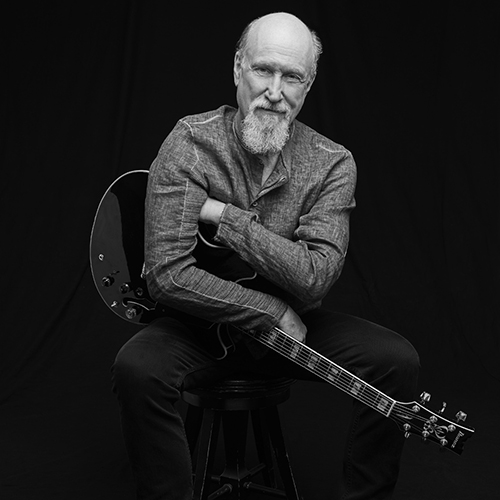 Trumpeter Dominick Farinacci and Clayton’s son, pianist and composer Gerald, will also make special appearances. “Gerald is actually coming in to play with John Scofield (above), but his father really wanted him to be on his show — he literally goes from playing his dad’s tribute to Tadd, to the stage to play with Scofield. I think the audience is going to have a lot of fun, and it’s going to be a beautiful celebration of Tadd and Mancini.”

As Pontremoli said, at 7:45 pm the Howard Levy/John Scofield Combo 66 will take the stage along with Béla Fleck & The Flecktones — featuring Victor Wooten and Roy “Futureman” Wooten — in the KeyBank State Theatre.

That event unites banjoist Béla Fleck with the original Flecktones. Their new CD Rocket Science marks the first recording by the original band members in almost two decades. Aside from being one of the principal innovators of modern jazz guitar, John Scofield is a stylistic chameleon who has forged a consistent aesthetic identity. Combo 66 features pianist Gerald Clayton, bassist Vicente Archer, and drummer Bill Stewart. 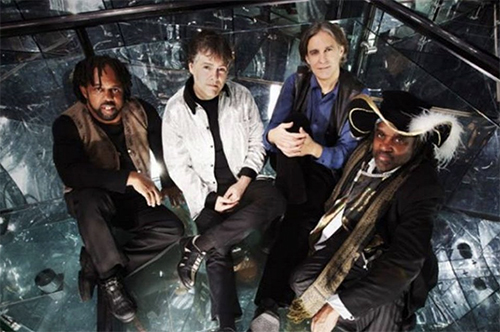 “Béla Fleck and the Flecktones are celebrating 30 years, and of course John Scofield has named his project ‘Combo 66’ because he’s celebrating his 66th birthday,” Pontremoli said. “It’s all kind of a fun coming together of a bunch of numbers.” 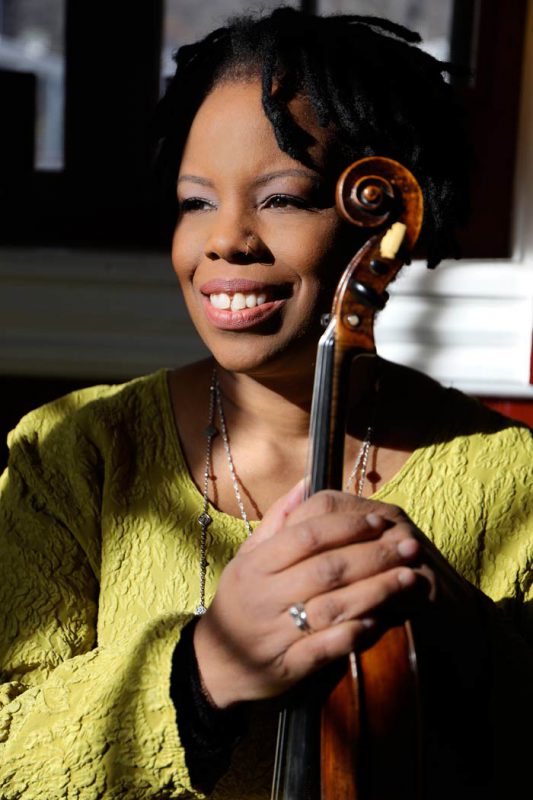 On Saturday, June 29 at 1:00 pm in the Ohio Theatre, you can hear the extraordinary violinist Regina Carter and her duo partner, pianist Xavier Davis. The set also includes pianist/composer Helen Sung, who will be joined by tap dancer Michela Marino Lerman. Click here to find out more.

“I’m really excited about Regina, I just love her playing,” Pontremoli said. “When she’s playing, you look at the audience and everybody is smiling. She’s got whimsy too, which gives it a character that a lot of people don’t have. And she and Xavier have such a special chemistry. After that, Helen Song will be onstage with Michela Marino Lerman — that’s a beautiful thing to see and to hear.” 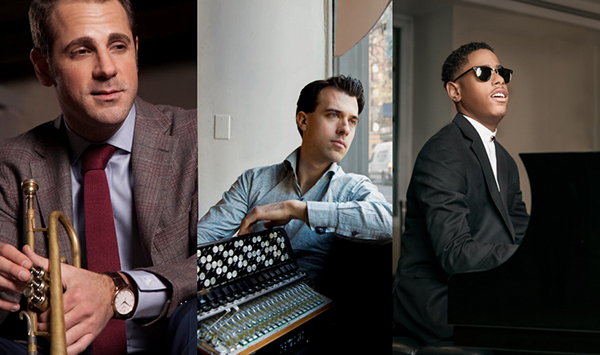 At 3:30 pm in the Allen Theatre, you can take in Dominick Farinacci’s Rhapsody in Blue: Revisited, featuring the young pianist Matthew Whitaker and accordionist Julien Labro.

“Matthew Whitaker is awesome,” Pontremoli said, “and Dominick’s project is really interesting. He’s invited Michela and Jamey Haddad to join him. And Jamey is so excited about Julien being here that he’s invited him to come and do something special on his set later that night. He’s also asked Dominick to make an appearance. There’s a lot of sharing, and getting our schedule together for sound checks and rehearsals has gotten really involved, but it’s going to be great.”

Then at 6:00 pm in the Ohio Theatre, JazzFest will present a Tribute to Bobby Womack. “Bobby is from Cleveland, and our friend Christian McBride is such a lover of soul music that he jumped at the chance to celebrate Bobby. He’s put together a great show — he’s got Avery Sunshine, Nigel Hall, and Nona Hendryx, who sang with Labelle back in the day. We’ll also have a lot of locals playing in the Jump Band, so it’s going to be a real soul night and a nice way to do something special for Cleveland.”

At 7:45 pm in the KeyBank State Theatre, the Festival will highlight the double bill of Jazz Funk Soul and Sax to the Max. Jazz Funk Soul includes pianist, composer, and producer Jeff Lorber along with Everette Harp and Paul Jackson Jr., while Sax to the Max features a triple treat of saxophonists: Michael Lington, Vincent Ingala, and Paul Taylor.

Another Cleveland favorite will close out Saturday’s lineup when Jamey Haddad brings his Under One Sun project to the Allen Theatre at 10:15 pm. Born in Cleveland, Haddad is regarded as one of the foremost world music and jazz percussionists in the United States. In 2016, he formed a band and created Under One Sun, a collection of nine tunes written by saxophonist/composer Billy Drewes, performed by eight musicians who represent five countries and whose ages span five decades. The group’s array of instruments, moods, and vocal styles makes for a fun and exploratory 70 minutes of jazz.

You can complete your JazzFest experience on Sunday, June 30 at 12:00 noon at Nighttown by enjoying a Jazz Brunch featuring Brazilian guitarist Diego Figueiredo and drummer Jeff Hamilton.

As always, this year’s JazzFest will offer plenty of free events. The outdoor lineup will include seventeen local and regional bands (jazz, blues, R&B, funk, jam, reggae) performing on the Strassman Insurance Stage at Playhouse Square from 3:00 pm to midnight on June 28 and 29. Check out the lineup here. 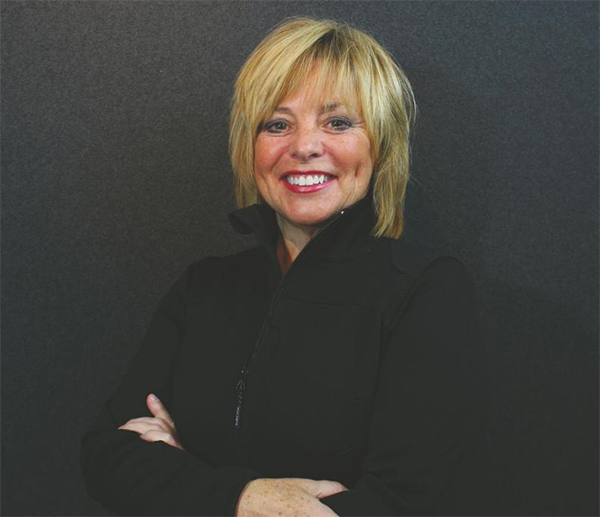 “This year’s roster is great,” Pontremoli said. “It’s nice that we got the opportunity to present the Airmen of Note because they’re not always in the area and it’s really great to have a service band represented. They only do free concerts, and they’re going to do some workshops at our Jazz Camp as well.”

If you’re not ready to go home after the music ends, you can stop by one of three free After Hours Jam Sessions from 10 pm to 1 am held at Bin 216, Cowell & Hubbard, and Crowne Plaza.

Pontremoli said that there are lots of interesting things going on at the Talk Tent. “There will be a display about Tadd Dameron. Paul Combs, who wrote a biography about Dameron, is coming. Tommy LiPuma’s niece Laura, who had a career at Sony designing album covers including seven for Béla Fleck, will be there talking about her work in an interview with Chuck Yarborough. And we’ll have some Cleveland Jazz history. Ernie Krivda, Joe Mosbrook, and Greg Reese will talk about what happened from 1980, when the Festival started, to 2000.”

It’s no secret that musicians like to eat, and many are great cooks as well. You can check out their culinary talents at this year’s Cooking Tent. “Regina Carter (date and almond chutney, and date and chia seed powerballs) will be cooking, as will Julien Labro (warm waffle salad), Helen Sung (Greek-style quinoa salad with feta-oregano vinaigrette), Jeff Hamilton (coconut curry chicken), Quincy Phillips (grilled pizza), and Jamey Haddad (sweet and savory crêpes), so that’s going to be great fun.”

As a prelude to JazzFest 2019, Round Midnight will be screened at the Capitol Theater in Gordon Square on Tuesday, June 25 at 7:00 pm. “Dexter Gordon was nominated for an Academy Award for this movie,” Pontremoli said. “He was the tenor sax player of all time, but not an actor. His widow, Maxine Gordon, just wrote a book about his life called Sophisticated Giant. She’s coming to that. She will give a talk and do a Q&A after the showing, as well as a book signing. She’ll also be at the Talk Tent the afternoon of June 28.”