After eating a Po’boy from The Dawg Bowl Cajun food truck, I caught the first half of Brian Culbertson’s show in The Connor Palace Theatre. Playing to a packed house of enthusiastic fans, whom he thanked for their love and support throughout his career, he put on an excellent show full of lights and well-designed choreography. His band played with exuberance and swagger. 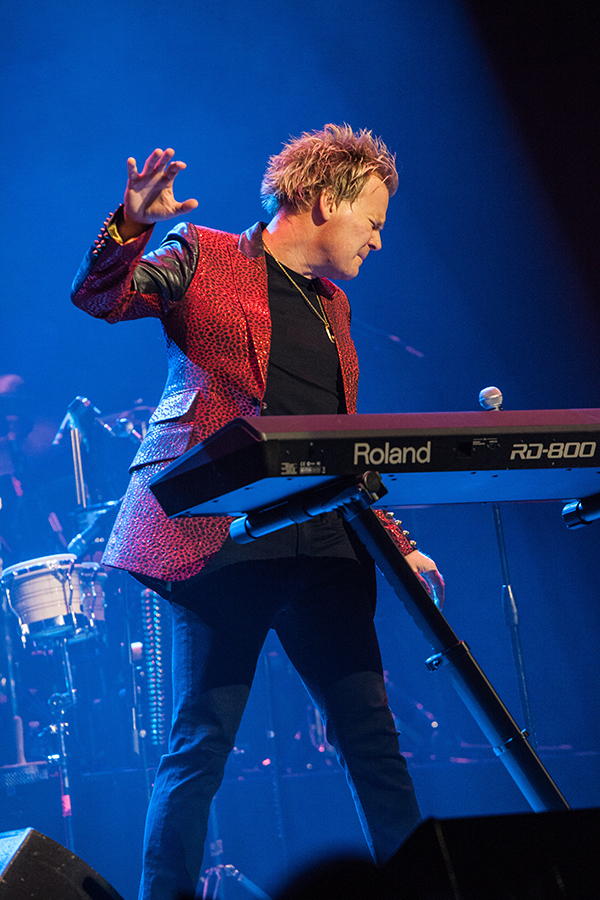 Back out on the street, The Jazz Kitchen was whipping up some food, and kids playing in the Tri-C JazzFest Academy Ensemble walked around with their instruments, either going to or coming from a performance at the Next Gen Stage. “A Tribute to Eddie Baccus Sr.,” a longtime fixture of the Cleveland Jazz scene who passed away earlier this year, was wrapping up. Walter Barnes Jr. and Friends, veterans of the festival, took the stage not long after.

Headed by Snarky Puppy’s percussion duo of Robert “Sput” Seawright and Nate Werth, Ghost-Note brought the funk to the Mimi Ohio Theater. Energy was high — it didn’t feel right to be sitting down and not dancing to the music. 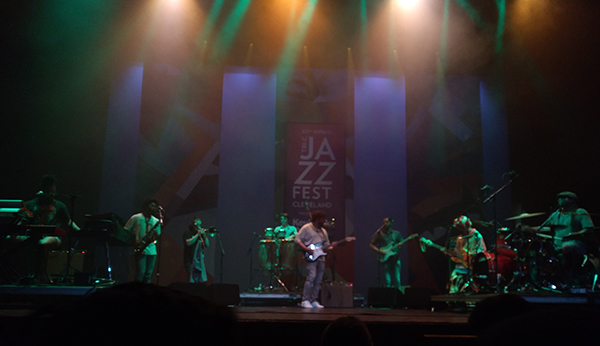 Seawright laid it down with drive, precision, and enthusiasm, leading a seasoned group of players. Threading groovy licks throughout the music were Peter Knudson on guitar and Dwayne “MonoNeon” Thomas on bass. Inventive solos were added to the mix by Danny Wytabis on trombone and Jonathan Mones on sax. And Dominique Xavier Taplin was masterful on the keys. Alone onstage at one point, he delivered an atmospheric improvisation which evolved into a House beat once the band rejoined him.

By the end of the show, they asked the crowd to get up and dance — they wanted to connect with the audience, because that’s how the music is supposed to live. And with the inspiration of James Brown and Sly and the Family Stone, it would be downright offensive to disagree with that philosophy.

Their musicianship, with its unrelenting pace and joy, was superb. If we had been in a venue with standing room, I would have been moving without any inhibitions the entire time.

Jackson began the program with a recitation of Langston Hughes’ poem “Helen Keller” — the first of five poems by Hughes that served as interludes between each piece on the first half. END_OF_DOCUMENT_TOKEN_TO_BE_REPLACED

Pianos with pins and tape on strings, a bass drum and tam tam, crotales, Almglocken, and vibes. Microphones were hooked up all around the instruments. The feed was sent to speakers around the room. Lighting designer Nicholas Houfek hung incandescent globes over the arrangement of instruments from thin black wires stretching across the beams. END_OF_DOCUMENT_TOKEN_TO_BE_REPLACED

From the podium, Elim Chan set an ambitious tone for the evening. The rising star conductor, here in her Cleveland Orchestra debut, has a commanding style, and every twist and turn in Saturday’s performance tracked closely with her baton. END_OF_DOCUMENT_TOKEN_TO_BE_REPLACED