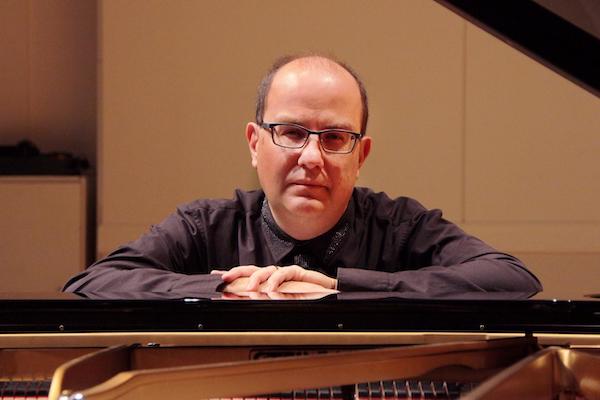 It is the composer George Walker’s centennial this year, and on October 9, pianist Alexandre Dossin — performing in Cleveland for the first time — gave a concert featuring the composer’s work through six decades at the Cleveland Museum of Art’s Gartner Auditorium. The performance was part of the Tri-C Classical Piano series.

Brazilian pianist and University of Oregon professor Alexandre Dossin began learning George Walker’s piano repertoire a year ago, and through his study has begun to regard Walker’s spirit as a close friend.

The concert began in the 1940s, when Walker was a teenager and a senior at Oberlin Conservatory. The Prelude and Caprice draws influence from French music from the turn of the century, very much resembling some of the tones and colors in Debussy’s Preludes.

The program moved into the 1950s, when Walker, having received his DMA from Eastman, was performing in halls across the country. That time period was represented by the Variations on a Kentucky Folk Song, a simple, refined piece where the mood shifts from loneliness to a stilted excitement to something restive and pristine. Dossin’s tone was like light playing on the stones in the low waters of a creek.

Walker experiments with atonality in the Sonata No. 2. The coy but responsive Presto moves into the Adagio, which begins dark and roiling, releasing briefly before quickly devolving into more stentorian rolls. It ends in speculation. Here Dossin placed the audience in the room with Walker perhaps lying on a green couch, bookmarking the memories of some discontent. The Allegretto Tranquillo begins in the breath and reflectiveness of G major, and ends abruptly in the consternation and anger of G minor, storming out of the room.

The first twelve-tone piece of the afternoon was Spatials, written in 1960. A rhythmic, athletic, and strangely playful piece, it seems to play on the awkwardness of acquaintances trapped at a dinner party. Dossin’s playing was full of characters who chirped up with things to say that could not elicit a fluid response from any other guests.

In Spektra (1972), Dossin’s patience with each chord progression, the resonances building on each other, was beautiful. The colorful rings of notes hung in the air and spun like a mobile.

The three movements in the Sonata No. 3 (1975) are individualistic, each composed in a way as fantasies. “Fantoms” contains characters flying around a house — Dossin’s nimble hands carried them to and fro. “Bell,” which Walker composed on Lake Como, is a series of the same chord played in variations of length and tone, and the effect was transcendental. The crepuscular “Choral and Fughetta” moved through trepidations and frights.

Moving to the ‘80s, Guido’s Hand: Five Pieces for Piano felt circular, with Dossin moving through each section with little pause, returning to the original theme after a waltz. And the Sonata No. 5, written in 2003, is a synthesis of Walker’s early compositions and the newer experimentations during the maturation of his career.

As an encore, Dossin played “Leaving,” one of Walker’s Songs Without Words, in addition to reading a poem of the same name about two lovers departing from each other, the speaker wishing they could die because the pain is too much to bear. The music, however, ends with a slight lift, as if knowing they will see one another again.

END_OF_DOCUMENT_TOKEN_TO_BE_REPLACED

Supported by engagingly, yet simple staging by Cara Consilvio, a well-prepared cast of singers told the archetypal story of Cinderella with charm and flair. Framing the production was  a sparse but colorful set and wonderful lighting by Dave Brooks. END_OF_DOCUMENT_TOKEN_TO_BE_REPLACED