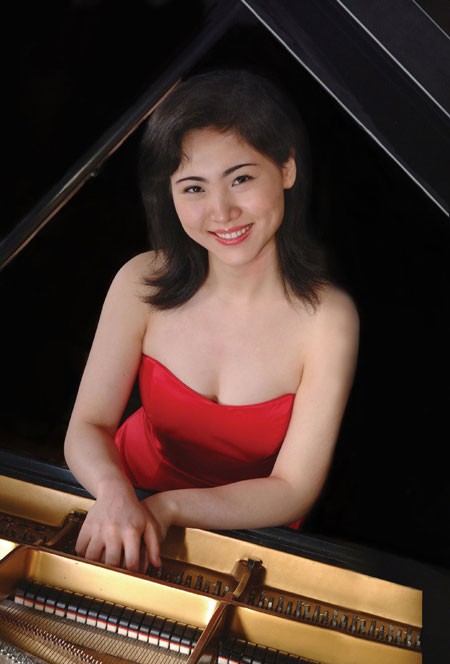 The Youngstown Symphony’s third Classical Series concert on Saturday night, November 23 in the Ford Family Recital Hall featured a delightful program for small orchestra led by Randall Craig Fleischer. The highlight was a spirited performance of Mozart’s Piano Concerto No. 20, K. 466, with Di Wu, laureate of the 2009 Van Cliburn competition, as soloist.

The Mozart, scored for pairs of flutes, oboes, bassoons, French horns, and trumpets, as well as timpani and strings, was the largest ensemble of the evening. The hauntingly beautiful work is among the finest piano concertos ever composed.

Though small in stature, Wu possesses a deft-yet-powerful touch that enabled her to be heard clearly in full-textured passages she shared with the ensemble. The opening Allegro lurched to a start with a few ensemble glitches, but soon settled into a steady tempo.

A beautiful solo by bassoonist Mackenzie Brauns led to a tutti before the cadenza — Beethoven’s, which Wu played with great expression and finely-etched dynamics. A wonderfully dark texture unique to Beethoven gave the solo special color and mood.

The gorgeous Romanze began with Wu’s graceful solo theme, soon restated by full orchestra. This alternation continued until a stormy section, its agitated mood and fast triplets making for great contrast. The final return of the A-section culminated in an engaging closing-theme pairing of Brauns with oboist Cynthia Watson, answered sensitively by Wu.

The closing Rondo, like the Romanze, began with solo piano answered by full orchestra.  Later, a colorful pairing of flutist Kathleen Shaffer with Watson sparked a response in kind from Wu. Watson’s and Brauns’ distinctive octave doublings introduced the closing theme, again answered by the pianist.

In Wu’s hands, the cadenza raced by speedily. The second of the two closing-theme restatements was absorbed in a rousing tutti finishing the Concerto with a flourish, deftly controlled by Fleischer.

The Youngstown Symphony strings dashed through the lively opening Prelude of Holst’s Brook Green Suite. Holst wrote this charming short work for the junior orchestra of London’s St. Paul’s Girls’ School, where he taught for many years. The Prelude’s scalar treatment led to an entertaining pizzicato close.

The modal Air resembled an English folk song and led to triplet elaboration. The Dance, a lively 6/8 tarantella based on a Sicilian tune, accelerated to a rousing close. Ensemble was excellent.

Schubert wrote his Symphony No. 5 at the tender age of 19 under Mozart’s influence. It has the smallest instrumentation of all his symphonies, even lacking trumpets and timpani.

The woodwinds and horns shone in the opening Allegro, and a lovely pairing of oboe and bassoon ornamented the Andante con moto. The Menuetto raced by — only to be relieved by the more pastoral Trio. The Allegro vivace returned to the exuberance of the opening movement to complete a vivacious performance.

END_OF_DOCUMENT_TOKEN_TO_BE_REPLACED

Rodgers & Hammerstein’s Cinderella was originally produced for television in 1957 — seven years after the animated Disney film was released — and starred Julie Andrews. According to the Rodgers & Hammerstein website, it was viewed by over 100 million people. END_OF_DOCUMENT_TOKEN_TO_BE_REPLACED

The story line has its origin in an 1855 play and an 1842 farce that Thornton Wilder mined for his 1938 play The Merchant of Yonkers. When that turned out to be a flop, in 1954 Wilder made the crucial decision to re-center the show around the character of the legendary marriage broker Dolly Gallagher Levi and renamed it The Matchmaker. END_OF_DOCUMENT_TOKEN_TO_BE_REPLACED

The Dodero Center for the Performing Arts at the Gilmore Academy in Gates Mills is one feature of an impressive campus. The auditorium is shallow, the stage is deep, and the ensemble played without a shell. Throughout the program, the sound, especially in instruments’ lower registers, tended to disappear. END_OF_DOCUMENT_TOKEN_TO_BE_REPLACED