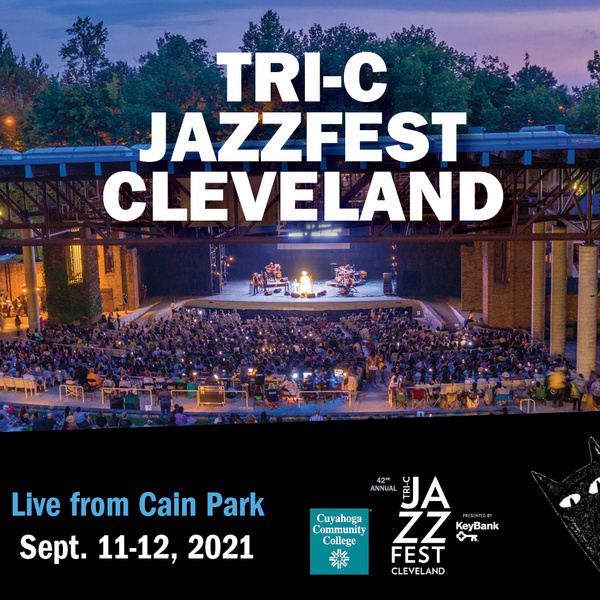 Last year, viewers had to stay home while they took in the talents of Tri-C JazzFest Cleveland in a virtual, largely pre-recorded format.

This time around, for its 42nd annual edition, the festival will be back to live and in-person — and completely outdoors — when it returns Saturday and Sunday, September 11-12 at Cain Park in Cleveland Heights.

Ten acts representing both the roots of jazz and its forward-thinkers, and both young talent and veterans of the genre, will perform over two days in the covered Evans Amphitheater.

And there’s plenty going on in addition to the mainstage lineup. The Colonnade Stage will provide the setting for a series of student performances, the Jazz Talk Tent will feature artist interviews and discussions, and the free Kids Club will be held in the playground area on Saturday, offering live music, dancing, balloons, and music-related crafts. (See the festival’s full schedule here, and purchase Day Passes here.)

Not to mention the presence of vendors, food trucks, and street performers. And for those uncomfortable being in crowds, parts of the festival — including a couple of concerts, artist interviews, and pre-recorded performances — will be streamed.

I reached director Terri Pontremoli by Zoom, and we began by discussing the mainstage acts.

“I think people are going to be very impressed by the quality of the artistry,” Pontremoli said. “Every set is going to be so unique from the next — there’s plenty of variety, and I think there will be a lot of really good energy.”

Samara Joy featuring Pasquale Grosso Trio – “She just won the Sarah Vaughan [International Jazz Vocal] Competition two years ago, but she is such an old soul,” Pontremoli said. “I mean, she’s 21 or 22, and her voice is so mature and rich. And the guitarist she plays with, Pasquale Grosso, is amazing — so that’s some young talent.”

Lakecia Benjamin and Pursuance – Benjamin is known for fusing traditional conceptions of jazz, hip-hop, and soul. “Her Trane project [Pursuance: The Coltranes] is just stunning,” Pontremoli said. “And she’s got a really stellar band. Those guys have been around for a while.”

A Moment in Cleveland – “Dominick Farinacci is putting that together, and it’s going to involve a lot of different kinds of musicians that were influential to him and favorites of his. We say it’s a cast of thousands, but they’re not all going to be onstage at the same time.”

“It’s going to be a really nice tribute to Cleveland,” Pontremoli said. “Last year’s festival was all Cleveland artists, and they were given a national stage. This year we’re bringing national artists back and giving them a Cleveland stage, but we’re still making sure that Cleveland is in the mix and is recognized.”

Marquis Hill – Known for breaking down barriers between genres, to Hill, contemporary and classic jazz, hip-hop, R&B, Chicago house, and neo-soul are all essential parts of his African American creative heritage. “A really interesting voice, really interesting trumpet player from Chicago,” Pontremoli said. “He does a lot of different kinds of things, but it’s very deep, and his band is excellent.”

Bria Skonberg – “She’s got a really smokey voice, and she plays the hell out of the trumpet. Her takes on tunes are really interesting too — she’s heavily influenced by Louis Armstrong.”

Emmet Cohen Trio – The 30-year-old jazz pianist and composer is known for possessing a fluid technique, an innovative tonal palette, and an extensive repertoire.

Catherine Russell – “She’s wonderful, and if you live in New York, Catherine Russell is somebody that you hear — she does a lot of Jazz at Lincoln Center. And speaking of Louis Armstrong, her father was his musical director, so she’s got lineage — she’s got the legacy piece going.” 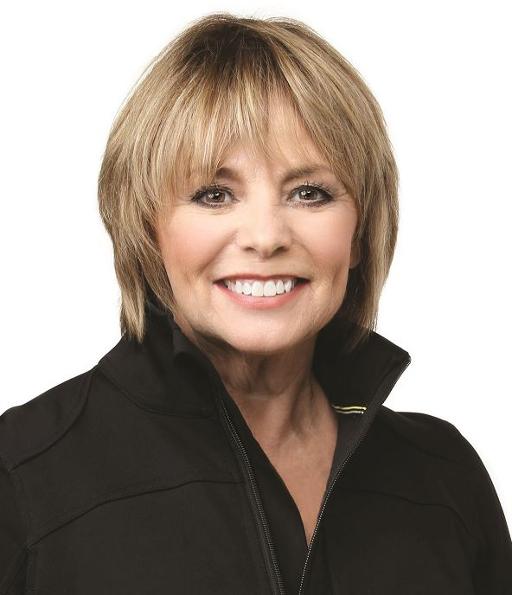 That’s five concerts each day, with a half-hour break between shows to catch some of the festival’s other offerings. “The kids from our Jazz Academy will be playing up in the Colonnade between acts, and we’re also using the Alma stage to have some Jazz Talks,” Pontremoli (left) said.

The festival director also talked about the new setting this year. “It’s exciting because Cain Park is a lovely and historic space, and I really think it’s conducive to jazz — and that the jazz audience is familiar with it.”

She noted two other aspects that went into the decision. “We didn’t have to build a stage, and we could do it outdoors. Plus, the audience is under cover — yes, people can sit on the lawn, but at Cain Park a lot of people can get under that overhang.”

If anyone is worried about parking, “I know those are people who haven’t done it before,” she said. “There are something like 900 spaces out there, and it’s probably less of a walk than when you go to Blossom.”

Another one of those creature-comfort concerns can be the weather. “September is generally a nice month in Northeast Ohio,” Pontremoli said. “It’s like, if you’ve ever been to the Monterey Jazz Festival, early in the day it’s nice and warm, and then as the sunlight dissipates, it gets really chilly, so layer up and you’re good for the day.”

But above all these details, large and little, the bigger picture is obvious: “It’ll be people reacting to music in real time, which is something we’ve all missed, including musicians,” Pontremoli said.

END_OF_DOCUMENT_TOKEN_TO_BE_REPLACED

The strings-only work by Berg has made relatively frequent appearances on the Orchestra’s programs. In 2021, the musicians recorded it for the In Focus series, and it appeared again on last year’s European tour. Friday’s rendition maintained the group’s characteristic light and effortless playing, each section blending as much as possible to echo the work’s original form as a string quartet. At fifteen minutes total, the piece is quite short, but the dense encoded musical meanings require some extra-attentive listening. Splitting up the three movements ensured that each one could be appreciated on its own. END_OF_DOCUMENT_TOKEN_TO_BE_REPLACED