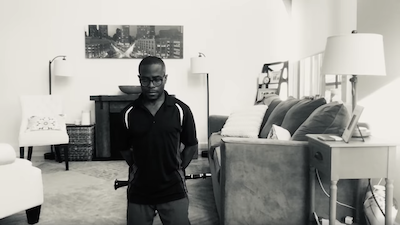 Those who have joined McGill include some of the most famous names in their fields as well as lesser-known ones, those with connections to Northeast Ohio and those without. All are important and beautiful.

Go to Anthony McGill’s professional page on Facebook to hear more from him and others. The following is the message he included in his original post:

This “normal” isn’t new. It’s just easier to see what’s going on now that some of the horrific hate crimes that happen every day make the national news. Complacency is rampant, and hiding behind privilege is obviously just as bad. If there were hashtag movements in the last century during America’s ‘good old days’ one could have easily been #BlackLivesDefinitelyDontMatter. Few would have batted an eye.

Earlier this year, before the pandemic, I performed in Birmingham, Alabama and Tulsa, Oklahoma. The challenging history of those places speaks for itself, but in those two trips, I met some of the nicest people that you’ll ever meet in this country. I also pondered how far we’ve come and how far we still have to go in terms of treating everyone with respect and decency. We live alongside that reality all across America. What the news this week and most weeks of my life demonstrates, however, is that Black lives didn’t matter in our glorified past, and still don’t matter that much today.

Flashback then with me to when a football player attempted a protest, bringing to our attention the murder of black people. People said: ‘Let’s not politicize sports,’ and ‘all lives matter.’ Now add to that list Ahmaud Arbery and George Floyd, two men who clearly didn’t deserve their fates.

Now we don’t have sports to distract us, and we’re mostly at home. Now’s the time to protest. Can we say #ALMBLM2 (All lives matter and black lives matter as well)? Or #HowAboutNow? Or maybe the best thing to share is #ICareAboutBlackLives. #ICareAboutBlackLives is a pretty innocent statement, so if that’s considered radical we’ll have really shined a light on the problem.

So join me. Pick one of these potent hashtags, or all of them. And this time let’s try and #TakeTwoKnees in the struggle for justice and decency. No guidelines. Your message, your voice, your mission, your focus. Just #TakeTwoKnees for what you believe in. Pass it along. Let’s try this again and put a spotlight on this evil. #TakeTwoKnees

Over the past few years, Brian Giebler has visited Northeast Ohio in settings both orchestral and choral, and with repertoire as diverse as Stravinsky, Bach, and the local premiere of a new work. In his impressive solo recording debut a lad’s love, released on Bridge Records, the New York City-based tenor turns his focus to British songs from the first half of the 20th century — a mix of cycles and individual works — and tops off the playlist with a touch of the modern. END_OF_DOCUMENT_TOKEN_TO_BE_REPLACED

To steal a phrase from the third-century Greek philosopher Sextus Empiricus, the mills of the gods grind slowly, but they grind exceedingly fine. The same goes for Deutsche Grammophon. It’s been a dozen years since they were recorded in Hamburg in 2009, but the German company has now issued fifteen Rachmaninoff piano pieces magnificently and poetically played by Sergei Babayan. END_OF_DOCUMENT_TOKEN_TO_BE_REPLACED

END_OF_DOCUMENT_TOKEN_TO_BE_REPLACED

After considering all its options, Cleveland’s period ensemble Les Délices decided to fully embrace the idea of creating pre-recorded “shows” in the place of live, in-person performances this season. END_OF_DOCUMENT_TOKEN_TO_BE_REPLACED

END_OF_DOCUMENT_TOKEN_TO_BE_REPLACED

For those who crave coherence in a concert, consistent instrumentation can help. For those who want a sense of progression, starting with shorter or older pieces and moving toward more extended or contemporary works makes for a sound strategy. Those who value both would love the sort of program that Idaho’s Sun Valley Music Festival assembled for its recent program Strings and Mallets on Tuesday, August 4. Although produced under the Sun Valley banner, the performances were recorded remotely in several locations. END_OF_DOCUMENT_TOKEN_TO_BE_REPLACED