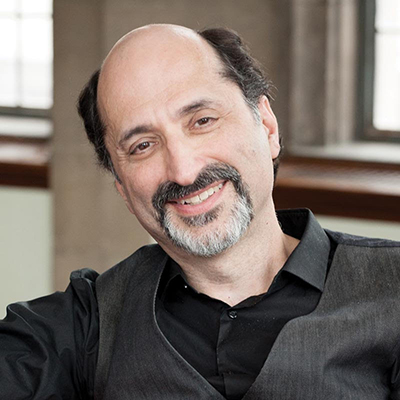 When Jeffrey Strauss sings Georg Philipp Telemann’s Funeral Cantata for an Artistically Trained Canary with Apollo’s Fire in four performances this weekend (March 7-10), the baritone will be returning to the stage for the first time following major heart surgery in the fall.

The affliction that sidelined him for six months came as a complete surprise. After singing the ensemble’s Baroque Music Barn concerts last June, Strauss took to bed for a week with a fever that persisted, eventually sending him to his doctor in Chicago for tests. “A blood culture finally identified it as a serious but not that uncommon bacterial infection,” he said in a telephone conversation. After five days in hospital, Strauss was sent home with five weeks’ worth of intravenous antibiotics and an appointment with a cardiologist — the bacteria had damaged a valve in his heart that needed to be replaced.

“I had a wonderful surgeon,” Strauss said. “When he found out I was a singer, he immediately said, ‘I’ll tell the anesthesiologist to put a smaller tube down your windpipe.’ The docs were more concerned in some ways with my voice than my heart — they were very mindful that I have this other little muscle in my throat. They went in from the side of my chest so there was no torn-up sternum.”

Though the procedure went well, Jeffrey Strauss was out of action for half a year and had to cancel a number of engagements. “I had the surgery on the same day in November that rehearsals began for Apollo’s Fire’s O Jerusalem, a project I really wanted to do. That was frankly devastating. I also cancelled a program in New York, and two in Chicago — one with Ellen Hargis. It was sad, but inevitable.”

In December, Strauss said he started vocalizing a little. “By January, I had to start building up the muscle again. In the last month, I’ve been practicing very hard every day. I find that there are things I could have done more easily a year ago — put that also down to age.” But he’s glad to be back in the saddle again. “I’m excited and anxious in equal measures,” he said

In a follow-up email to our phone conversation, Jeffrey Strauss expressed his thanks to Clevelanders. “How grateful I am for the encouragement, enthusiasm, and love of the Cleveland audience.  It’s a rare and special community. The interaction of audience and performer is magical, and essential. We are storytellers, and a story has to be shared — whether it’s the Passion of Christ or a tongue-in-cheek lament for a dead canary. Singing, too, is the act of giving and receiving. I want the Apollo’s Fire audience to know how much I treasure them and how much I have received from them. We can’t do our work without the audience. It means the world to me to ‘return’ to singing by performing with, and for, my Cleveland musical family.”

Although Strauss is working on building his calendar up again, he isn’t seeking or taking on as many things as he used to, even with Apollo’s Fire. “I’m a fervent believer that the group should bring in as many new singers as possible. The ensemble operates like a repertory company and I now find myself wanting to step into the background. I want to do more Lieder singing. I think the solo parts in the big oratorios are best left to young, strong voices. I don’t know yet if I could return and be good enough to appear onstage with these brilliant musicians, but I love to work with other people.

“I have upcoming engagements and inquiries, and I look forward to singing here (and elsewhere) in the future, but it will be in a different capacity,” he said. “I feel that at this stage — having sung in public for 50 years, and with Apollo’s Fire for nearly 25 — it’s time for me to step back and enjoy the singing of the new generation of magnificent young artists. But if I’m not on stage, I’ll be cheering from my (hopefully good!) seat in the audience.”

Meanwhile, Jeffrey Strauss has that dead canary to deal with — a treasured songbird that met its demise not while scouting out the oxygen in a coal mine, but in the fangs of a feline. (At one point, he sings, “You nasty cat! Because you ate this precious creature, I wish that somebody would tie a noose around your neck!”)

“Comedy is much harder to do than tragedy,” Strauss said. “Telemann’s cantata is light on the surface, but the music is absolutely gorgeous. There’s an aria near the end where the owner is laying the bird to rest, which puts me in mind of ‘Ruht wohl’ from the Bach St. John Passion. It’s absolutely gorgeous, and Telemann used all his composing skills, so either he had a bird that he really, really loved, or he was thinking about death in a more personal way. It’s very difficult to put across what’s kind of an overdone reaction and very deep feelings about life and death. Losing a pet can be really difficult. I’m going to try to be both amusing (they’ve advertised the cantata as ‘zany’), but serious underneath.”

I asked him if there will be props. “That’s been rumored. We’ve enlisted Christine McBurney, co-founder of the Mamai Theater Company, who lives in the neighborhood, to oversee my acting so it will read correctly in the 15th row. We’re working hard to make it a ‘legitimate’ story.”

Although Telemann wrote the cantata in German, the performance will be in English, “in a very clever translation that Jeannette Sorrell did several years ago. I have a tendency to want to use sprechstimme or to speak some of the lines, but the music director has said that nearly all the notes need to be sung.”

Before his leave of absence, Jeffrey Strauss performed Telemann’s Canary Cantata at a fundraiser last summer. On that occasion, he sang it in German with a string quartet (watch a video here), but this weekend, Apollo’s Fire will field an ensemble of thirteen players to support his singing.

Telemann shares this weekend’s program with Bach (the third Brandenburg Concerto) and Vivaldi (the ensemble’s first-ever performance of the Concerto in D for two violins and two cellos, along with the Concerto in b for four violins, and another avian-inspired work, the Flute Concerto in D, “Il Gardellino” — the Goldfinch). Violinists Johanna Novom and Adriane Post, cellists René Schiffer and Rebecca Landell Reed, and flauto traverso player Kathie Stewart will be the featured soloists, and the evening will conclude with an Apollo’s Fire barn-burner, Sorrell’s arrangement of Vivaldi’s La Folia (“Madness”). Dates, venues, and tickets are available online.

END_OF_DOCUMENT_TOKEN_TO_BE_REPLACED

A new CD by Christa Rakich, who is currently Visiting Professor of Organ at the Oberlin Conservatory, gives a nod in two directions. As its title announces, it’s an homage to her former teacher and colleague, the late Yuko Hayashi, longtime professor at the New England Conservatory and curator of Boston’s Old West Church Organ Series. It’s also the first recording to be made of Richards, Fowkes & Co.’s Opus 16 instrument, built in 2008 for Goodson Chapel of the Duke Divinity School in Durham, North Carolina. END_OF_DOCUMENT_TOKEN_TO_BE_REPLACED

END_OF_DOCUMENT_TOKEN_TO_BE_REPLACED

Hailed by the New York Times as “The Best Classical Music Ensemble of 2018,” Wet Ink Ensemble has lived up to this acclaim once again with their recent release Glossolalia/Lines on Black. The album takes its name from the two extended works by Wet Ink members Alex Mincek (saxophone) and Sam Pluta (electronics). The remainder of the septet includes Eric Wubbels (piano), Erin Lesser (flutes), Ian Antonio (percussion), Josh Modney (violin), and Kate Soper (voice). END_OF_DOCUMENT_TOKEN_TO_BE_REPLACED

Croatian-born pianist Martina Filjak, now living in Berlin, has released her latest album, Light and Darkness, featuring music by Franz Liszt — plus an epilogue by Arvo Pärt. The disc confirms once again all the special technical and interpretive qualities that won her the gold medal at the Cleveland International Piano Competition in 2009. END_OF_DOCUMENT_TOKEN_TO_BE_REPLACED