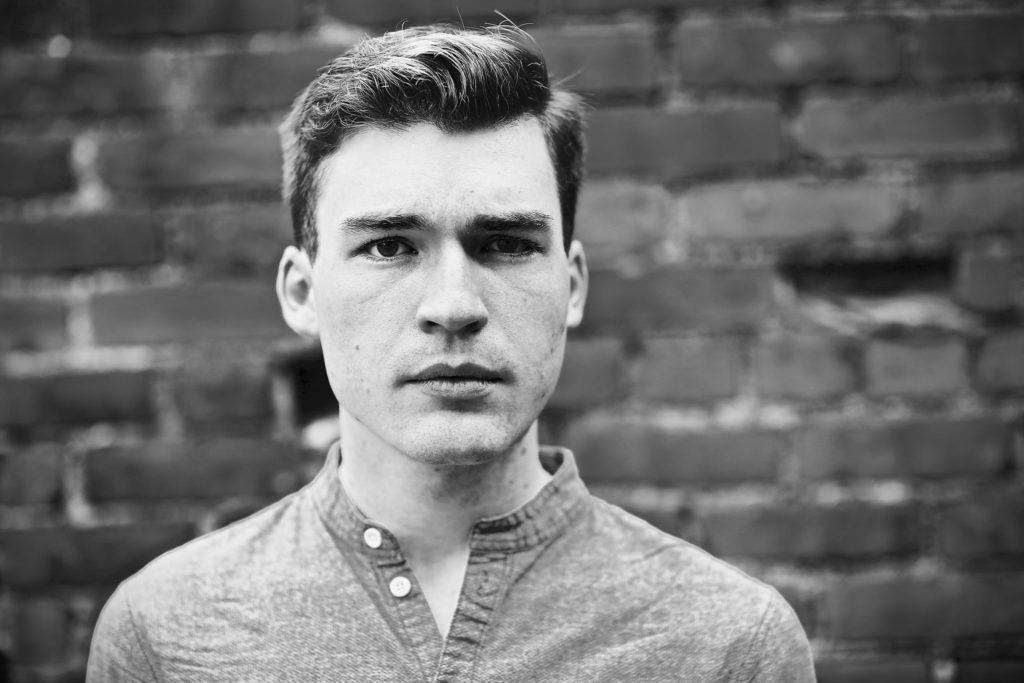 Even for Alexi Kenney — who has loved Bach since age six and considers the Chaconne from the Second Violin Partita to be one of the greatest pieces of all time — digesting the work is not easy.

That’s partly because it’s often performed as a standalone. “It’s so hard for me to get into the right headspace to hear something that intricate, monumental, and emotionally deep,” the violinist said during a recent phone call on a hot day in New York City.

That thought set the 2016 Avery Fisher Career Grant recipient on a quest to put the work in context, and to help audiences feel receptive to what it has to offer. What he devised might surprise you: a solo program that interweaves movements from Bach’s Sonatas No. 1 in g and No. 3 in C with short pieces from the 20th and 21st centuries, some involving electronics, and all leading up to what else but the famous Chaconne. Kenney will present that program, titled “Bach to the Future,” on Tuesday, June 18 at 9:00 pm at The Wine Spot in Cleveland Heights as part of ChamberFest Cleveland.

The story goes that Bach wrote the Chaconne following the passing of his first wife. Within its cycles of variations, Kenney hears the cycle of life — birth, death, and rebirth — a central theme to his program.

He’ll begin with the Adagio from Sonata No. 1 in g. “It’s not only the start of the six Sonatas and Partitas, but also it uses the resonance of the violin so well,” Kenney said. “From the very bottom note of the instrument to somewhere near the top of the register, it encapsulates what I think the violin is about.”

Next is György Kurtág’s “Ruhelos” from Kafka Fragments. “It’s about 30 seconds long but filled with angst,” Kenney said. He sees a link between the vocal element of the piece — written for violin and soprano — and a sense of humanity and life. And he’s not worried about handling the vocal part in addition to the violin. “It’s literally one word,” he said, laughing.

The human voice plays an important role in two further selections, including Icelandic composer Thurídur Jónsdóttir’s Musica da Camera for amplified violin and tape. The tape is perhaps unlike anything else in music: having recently given birth, the composer recorded the sounds made by her baby. To the violin she gave a figure not unlike a lullaby.

“It’s an incredibly special piece for me,” Kenney said. “I was just blown away when I heard it. At first you’re laughing a little bit — like, what am I doing listening to a baby? But there’s something so deep and primitive about it. Hearing that baby unlocks something in all of us, I think.” That piece will lead right into the Chaconne to close the program. “The beginning of the Chaconne actually comes out of that world perfectly,” he said.

Something else you may not be used to hearing at a concert: a purely recorded piece, like Luciano Berio’s Thema (Omaggio a Joyce), in which mezzo-soprano and composer Cathy Berberian gives a reading of “Sirens” from the James Joyce novel Ulysses, her voice technologically manipulated. “It’s a weird parallel with the baby noises,” Kenney said. “There’s a stilted, stuttering aspect which is also very haunting and creepy.” When we spoke, Kenney hadn’t yet decided if he would improvise over the six-minute piece, or just let it play — an idea that he said intrigues him.

ChamberFest audiences are familiar with Patrick Castillo as a pre-concert speaker, but perhaps less so with his compositions, like Cirque for solo violin. “It’s beautifully written, filled with contrasts, and it’s capricious,” Kenney said. “And in a way it also fits in with another overarching theme to this program, which is what the violin is capable of doing and the contrasts it’s capable of having. There are many voices going on in this piece, and I think it echoes a lot of what Bach did in his work.”

Rather than play over pre-recorded parts of Steve Reich’s Violin Phase, or play the piece with other violinists, Kenney will perform it alone and totally live, using a loop pedal. “This piece is just so much fun,” he said. “It really gets wild. And after around the nine-minute mark, you start hearing these insane melodies coming out of the texture without you even having to play them. It’s kind of like some modernist patterned artwork, where if you stare long enough, things start to jump out at you.”

In addition to its status as a modern classic and the fact that it’s one of his favorite works, Kenney also wanted to program the Reich because of how well it ties into another work of Bach’s that’s not on the program: the Partita No. 1 in b. “That’s a set of dances, and each dance has an identical twin harmonically — basically a variation of that dance,” Kenney said. “You have the Allemande, and then you have the double of the Allemande, which has the same harmony but different-sounding music.”

While Esa-Pekka Salonen’s Lachen verlernt (“Laughing Unlearnt”) is indeed a chaconne, Kenney described it as a veiled one. “I’ve been playing the piece for years, and I can’t quite find the chaconne in parts of it,” he said. “But it definitely has a cyclic nature. In a way it’s structurally similar to the first half of the Bach Chaconne, which is always ramping up, the rhythmic values getting shorter and shorter. Obviously the harmonic language is completely different.”

Looking ahead at ChamberFest’s calendar, Kenney will play in two more concerts this season. On Saturday, June 22 at 7:30 pm in Mixon Hall at the Cleveland Institute of Music, he’ll have another opportunity to play the Adagio from Bach’s Sonata No. 1 in g, in addition to joining his colleagues in Mendelssohn’s String Quartet No. 6 in f, “which is amazing, stormy, and romantic,” he said.

And on Thursday, June 20, also at 7:30 pm in Mixon, he’ll play Mozart’s String Quintet No. 5 in D. “I think that’s also one of the greatest pieces ever written — so beautiful and heavenly.”

Jackson began the program with a recitation of Langston Hughes’ poem “Helen Keller” — the first of five poems by Hughes that served as interludes between each piece on the first half. END_OF_DOCUMENT_TOKEN_TO_BE_REPLACED

Pianos with pins and tape on strings, a bass drum and tam tam, crotales, Almglocken, and vibes. Microphones were hooked up all around the instruments. The feed was sent to speakers around the room. Lighting designer Nicholas Houfek hung incandescent globes over the arrangement of instruments from thin black wires stretching across the beams. END_OF_DOCUMENT_TOKEN_TO_BE_REPLACED

From the podium, Elim Chan set an ambitious tone for the evening. The rising star conductor, here in her Cleveland Orchestra debut, has a commanding style, and every twist and turn in Saturday’s performance tracked closely with her baton. END_OF_DOCUMENT_TOKEN_TO_BE_REPLACED