Visiting orchestras are rare on the Cleveland scene, but this fall, we’ll have the opportunity to hear both the Belgrade Philharmonic and the San Francisco Symphony in concerts at Severance Hall.

The Belgrade Philharmonic will make a whirlwind, four-city tour of the eastern half of the United States in October, playing at Chicago’s Symphony Hall on Monday, October 6, at Severance Hall on Tuesday, October 7, at the Music Center at Strathmore in North Bethesda, Maryland on Wednesday, October 8, and in Stern Auditorium at Carnegie Hall in New York on Thursday, October 9.

Founded in 1923 by Stevan Hristić, its first director and chief conductor, the BPO rose to artistic prominence in mid-century — Zubin Mehta made his professional debut with the orchestra in 1958. Having survived the warfare of the 1990s, the BPO was invigorated by Ivan Tasovac, its conductor from 2001-2013, who now serves as the Republic of Serbia’s Minister of Culture and Information. The average age of its current players is 40.

The BPO’s chief conductor, Muhai Tang, began his international career when he was invited by Herbert von Karajan to conduct subscription concerts with the Berlin Philharmonic in 1983. He serves as conducting professor at the Shanghai Conservatory and is conductor laureate of the National Symphony Orchestra of China. 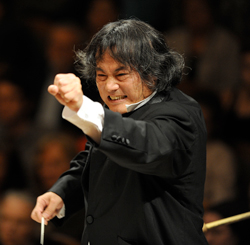 The Belgrade orchestra will open its Cleveland concert with Aram Khachaturian’s Masquerade Suite, then turn to a piece by its founding conductor, Stevan Hristić’s Suite No. 1 from The Legend of Ohrid. The orchestra will complete its program with Jean Sibelius’s Symphony No. 2.

The ticket price for the BSO’s performance will include a $5 donation to the Serbian Garden at the Cleveland Cultural Gardens. 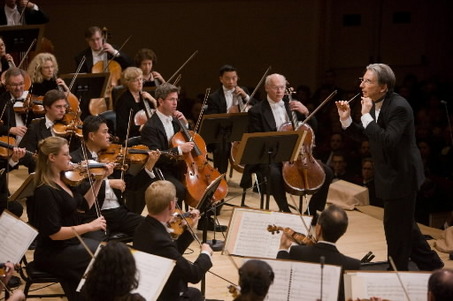 The 2014-2015 season will mark Michael Tilson Thomas’s twentieth anniversary with the San Francisco Symphony, who will help celebrate their maestro’s seventieth birthday on January 15, 2015. The orchestra itself was formed five years after the disastrous earthquake of 1906 and has enjoyed a distinguished list of conductors including Pierre Monteaux, Josef Krips, Seiji Ozawa, Edo de Waart and Herbert Blomstedt.

The Cleveland performance will feature a piece by the 28-year-old composer S.C. (Samuel Carl) Adams, who is the son of composer John Adams and began his musical career as a self-taught jazz bassist. The composer describes the piece, which lasts twenty minutes, as “what one may experience moving physically and psychologically between ‘three imagined places.’” Commissioned by Michael Tilson Thomas and the New World Symphony, Drift and Providence includes an un-notated part for laptop computer.

The cimbalom was the feature of the show, an instrument capable of taking on many personas. Its performer, Chester Englander, has shaped his career around the instrument, and has inspired composers to write more repertoire for it, some of which was presented on the program. END_OF_DOCUMENT_TOKEN_TO_BE_REPLACED

You wouldn’t expect that acoustic from a glance at the nave, which is wide and long, but not especially lofty. But when I guest conducted a local amateur choir and professional orchestra in Beethoven’s Mass in C there a few years back, during the first rehearsal we released the final chord of the “Gloria” and listened in astonishment for the next several seconds. The sound continued to roll down the space like the big wave that surfers dream about. END_OF_DOCUMENT_TOKEN_TO_BE_REPLACED