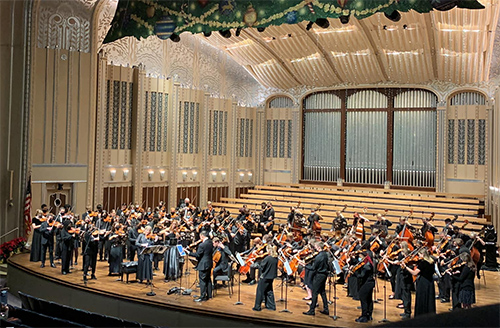 Though he could be notoriously cranky, let’s hope that Beethoven enjoyed hearing the fugue from his throne in the Empyrean as much as its performers obviously relished playing it down below.

The occasion was a grand finale concert on Tuesday, December 14 at Severance that marked the completion of a wide-ranging collaboration between Cavani and area high school string programs. Since September, the project also produced two world premieres and included the Cavani’s performance of all sixteen of the Beethoven quartets — interleaved with works by contemporary composers — in eight concerts around the area. It was definitely time for a party.

Founding Cavani violinist Annie Fullard surveyed the crowd on Tuesday evening before describing the event in a single word — as she likes to do. “Glorious!” she said in her opening remarks before passing the mic to Dr. Ronald Crutcher, former CIM Dean and cellist, who introduced the other members of the Cavani Quartet. Then Crutcher, Fulllard and her colleagues (violinist Catherine Cosbey, violist Eric Wong, viola, and cellist Kyle Price) formally launched the musical proceedings with the first ever performance of Serenity, a one-movement cello quintet by 17-year-old composer Camari Dodson-Poindexter that received a rousing ovation from the audience.

Cavani followed that with an insightful performance of Beethoven’s last quartet, Op. 135 in F. That’s the one with the mysterious dialogue noted in the score

and a work that received its debut only after his death. 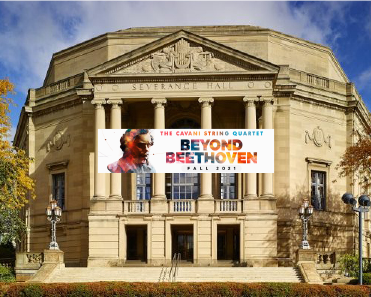 The second premiere of the evening followed intermission: Josh Henderson’s A Bop for Bridge, a reference to Beethoven’s friend, the young mixed-race violin virtuoso George Bridgetower, who was suddenly pressed into service for the first performance of what came to be known as Beethoven’s “Kreutzer” Sonata. He largely sight-read the piece — and at eight in the morning, no less. The two “B’s” had a falling out so the dedication of the Sonata went to Rodolphe Kreutzer, who never got around to performing it.

The grand finale had its own grand finale. After the Cavani gave sensitive treatment to the opening movements of Beethoven’s Op. 59, No. 3, the massed strings energetically fiddled, viola-ed, cello-ed, and contrabassed their way through that concluding fugue with the catchy subject that Beethoven — like a dog with a sock — just won’t let go of. Pressed on by the Cavani, who cued their own sections with infectious glee, everyone seemed to be having a terrific — maybe even a glorious — time. 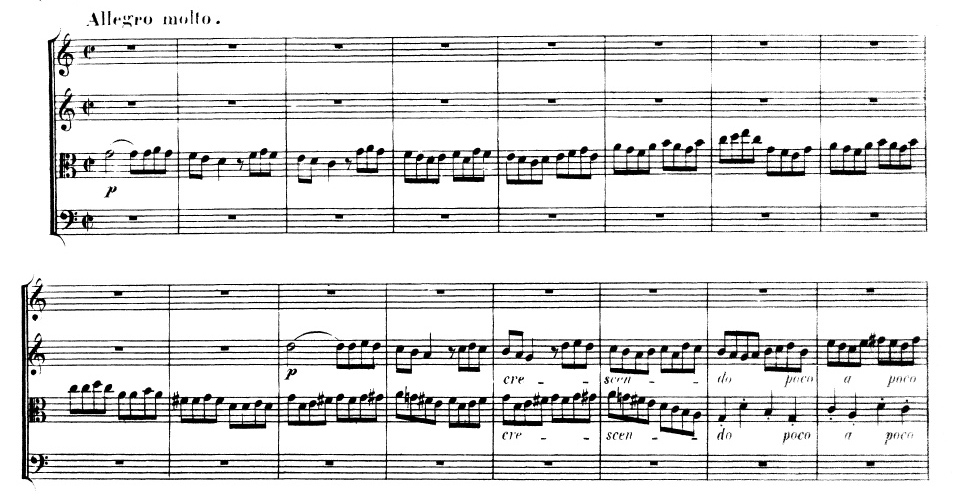