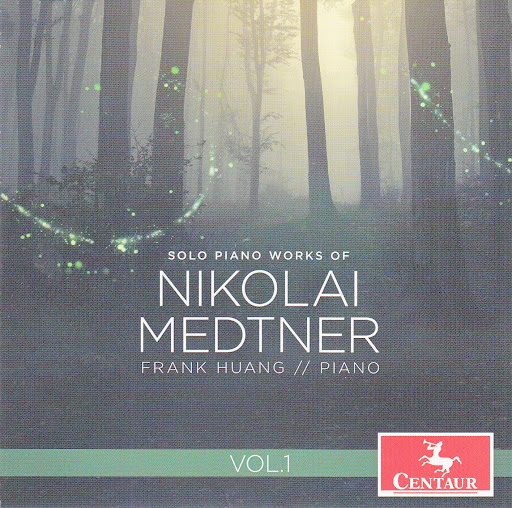 Although Rachmaninoff is said to have called him the greatest composer of his lifetime, the music of Nikolai Medtner (1880-1951) has never achieved the notoriety of his friend and constant supporter.

With the release of the first of his nine-disc recording project of the Russian Romantic composer’s works for solo piano on the Centaur Records label, Frank Huang leaves you anticipating the next eight with adroit performances of three of Medtner’s beguiling compositions.

In the liner notes, Huang, a Steinway Artist who serves as an Associate Professor of Piano at Miami University in Oxford, Ohio, attributes Medtner’s relative obscurity on the concert stage to the fact that “the composer viewed writing and performing music as a sense of duty, almost like a sacrosanct calling.” Medtner also disliked marketing and self-promotion as well as performing music of other composers, which Huang says “seemed to limit his career growth — even with the aid of Rachmaninoff, who helped arrange a U.S. concert tour for him in 1924.”

During the Prologue (inspired by Mikhail Lermontov’s poem The Angel) the pianist proves himself to be a technically skillful and sensitive musician, paying close attention to the melodic lines.

Huang basks in the melodic material of the solemn march in No. 3, Maestoso freddo, and makes easy work of the sweeping phrases of No. 4, the lilting and sweet Andantino con moto.

In No. 5, Andante, inspired by another Lermontov poem, this one depicting a snowstorm, Huang nimbly tosses off the movement’s fancy filigree, while he highlights the concluding Allegro con grazia (quasi valse) with crisp, clear articulations.

The third movement, Allegretto tranquillo e grazioso, is music that grabs your attention, and the pianist brings a wealth of emotion to his performance, as he does during the concluding “Dance of the Fool.”

Composed in 1919-1920 and published in 1922, the Forgotten Melodies II, Op. 39, consist of five pieces that are introspective, brooding, and ultimately exultant. 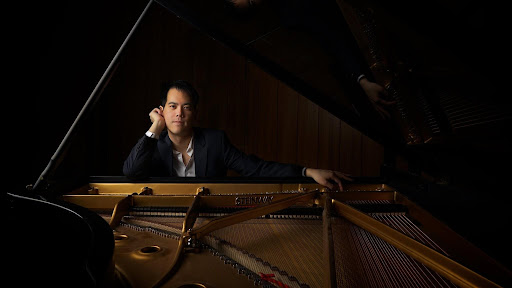 Beginning with low, repeated notes, the “Meditation: Introduzione, quasi Cadenza” gradually grows into a disturbed serenity that continues into the following “Romance.” The music takes on a lighter feeling in “Spring,” transforming into the tranquil “Morning Song.” The final piece, “Tragic Sonata,” which at 10:40 is the longest piece on the album, imaginatively recalls the melodic and thematic material from the opening Meditation, bringing Op. 39 and the album to a grand conclusion.

Throughout the work, Huang once again proves himself to be an impressive interpreter who finds and reveals the inner workings of Medtner’s complex music rather than imposing himself on it. This attribute again results in a performance that allows the simple melodies to soar above heavily scored, rich harmonic lines.

Whether you are already a fan of Nikolai Medtner, or you’re hearing his music for the first time, this recording deserves a spot in your playlist.

The cimbalom was the feature of the show, an instrument capable of taking on many personas. Its performer, Chester Englander, has shaped his career around the instrument, and has inspired composers to write more repertoire for it, some of which was presented on the program. END_OF_DOCUMENT_TOKEN_TO_BE_REPLACED

You wouldn’t expect that acoustic from a glance at the nave, which is wide and long, but not especially lofty. But when I guest conducted a local amateur choir and professional orchestra in Beethoven’s Mass in C there a few years back, during the first rehearsal we released the final chord of the “Gloria” and listened in astonishment for the next several seconds. The sound continued to roll down the space like the big wave that surfers dream about. END_OF_DOCUMENT_TOKEN_TO_BE_REPLACED