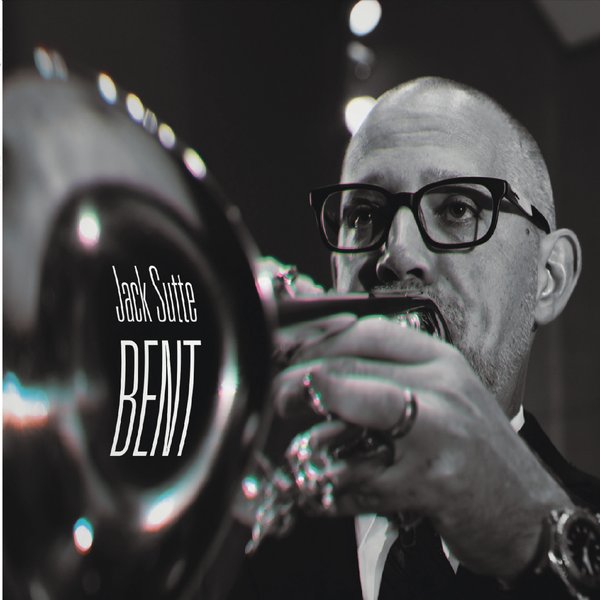 Jack Sutte’s second album of solo trumpet music, Bent, follows Fanfare Alone and continues his passion for discovering new repertoire in that genre. After exploring various possible meanings of the album title in his liner notes (“images of metal, tubing, sound waves, refracted light”), Sutte writes that “solo works for trumpet are bent for the performer and listener; each requiring a willingness to fully participate in the unusual musical format.”

Bent presents short works by ten composers, including three pieces by Sutte himself. The performer, who sits second trumpet in The Cleveland Orchestra and plays in the Factory Seconds Brass Trio with his Orchestra colleagues Jesse McCormick (horn) and Rick Stout (trombone), brought a number of Schilke instruments to the recording session at Baldwin Wallace University in June of 2016.

He uses all of them in turn in Violeta Dinescu’s Sieben Rosen, based on Bertolt Brecht’s poem Love Song III. Cornet, B-flat, C, D, and piccolo trumpets, and flugelhorn, each represent a different rose. Though intended for flute, the composer suggested that the pieces could be played by other instrumental voices, and Sutte translates multiphonics and different styles of vibrato beautifully to the trumpet family. Later in the playlist, Sutte offers a meditative performance of another Dinescu miniature, her Abendandacht (“Evening Prayer”).

Originally written for a Chinese zither-like instrument, David Loeb’s Romanza e Due Scherzi proved to be more idiomatic for the lyrical voice of the trumpet. Among those pieces specifically intended for the instrument, Nathan Pell’s Miniature is one in a series the composer tailored for various orchestral instruments, and Margi Griebling-Haig’s Archetype, described by the composer as “one brief but strange little arch,” explores the trumpet’s capacity for contrasts (staccato vs legato, loud vs soft, muted vs non-muted) while traversing its entire range from low F to high C#.

Zach Albrecht’s title track considers the idea of limitations, pushing the physical boundaries of the trumpet while using only a small amount of material. Brian Fennelly’s multi-movement Tesserae VI, written for Rolf Smedvig, takes its inspiration from the mosaic patterns of the Scoria, or red rocks found in the American West, and demands “red-hot virtuosity” from the performer, who is required to make quick mute and plunger changes. Sutte delivers on all counts.

Two enigmatic works defy easy description. Hans Werner Henze’s Sonatina, written in 1974 when the composer noted that he no longer knew whether he was sleeping or dreaming, considers linguistic, mythic, and mystical elements of music. And Vincent Persichetti’s Parable XIV is one of 25 such allegorical works composed between 1965 and 1986 that contain a single, germinal idea and make reference to other Persichetti pieces without revealing their hidden meaning.

Not mysterious at all are the three movements of Louis Andriessen’s Very Sharp Trumpet Sonata, a birthday present for Oliver Knussen that together last only a minute.

Sutte’s own pieces are charming musical snapshots of his family. The Creative Juggler was inspired by his son juggling a soccer ball in the backyard, Happy Song by his daughter helping with garden work — both tuck in what his children would instantly recognize as his “signature warm-up riff.” Musings considers how the muses spark creativity. The final track, Song, is an expansion of an earlier love song to his wife.

Robert Friedrich and Thomas Moore of Cleveland’s Five/Four Productions are behind the masterful recording, mastering, and editing of Bent, and Sutte’s Cleveland Orchestra colleague Lyle Steelman produced the album. 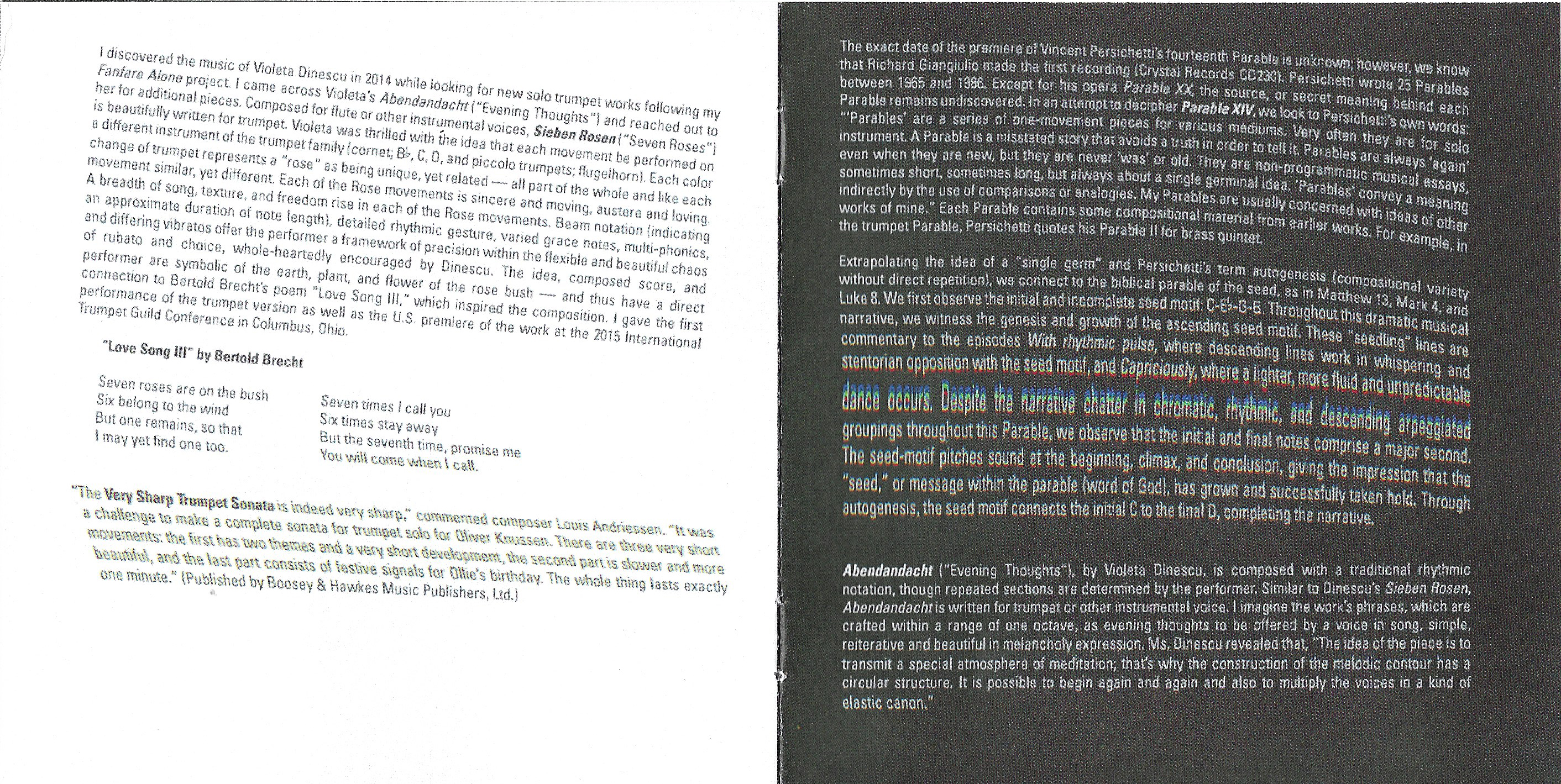 Two caveats about the disc have nothing to do with the music or its performance. The designer of the liner note booklet has gotten carried away with the idea of “Bent” to the point where distorted text blocks — in tiny type to begin with — are annoyingly illegible. And the playlist of the physical CD became hopelessly garbled when the disc was imported to iTunes. I ended up having to download the content from CD Baby to be able to accurately identify the content of the 27 tracks.

END_OF_DOCUMENT_TOKEN_TO_BE_REPLACED

What was that strange din coming over the live feed from Ludwig Recital Hall on Friday evening, July 23, as the Miami String Quartet filed onstage to play the third faculty recital of the Kent Blossom Music Festival? Accustomed as we were during the pandemic ban on live audiences to hearing the sound of no hands clapping, it was both startling and thrilling to witness a large crowd putting their hands together to welcome one of the Festival’s perennial favorites back for an in-person performance. END_OF_DOCUMENT_TOKEN_TO_BE_REPLACED

Practical reasons aside, there aren’t many ensembles who can put together an all-Mozart evening as elegantly as The Cleveland Orchestra. END_OF_DOCUMENT_TOKEN_TO_BE_REPLACED