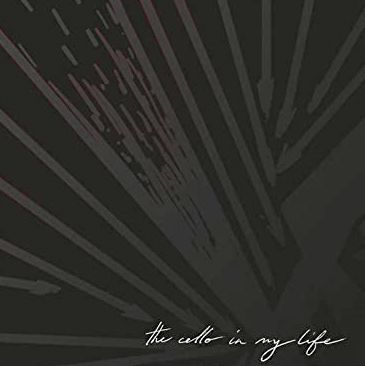 Steuart Pincombe, known to Northeast Ohioans as a magisterially bearded baroque cellist and viola da gamba player affiliated with Apollo’s Fire and Les Délices, seems to embody the accidental double-meaning of the acronym H.I.P. Historically informed performance meets millennial cool in the form of this off-the-grid farmer known for playing Bach in breweries. In time for the holidays, Pincombe has released a debut album titled the cello in my life. Equal parts in-joke, eye-catcher, and earnest declaration, the name belies the steely monumentality of the contents: the brewery cellist can sober you up too.

Recorded and engineered by Frerik de Jong for 7 Mountain Records, the cello in my life lives up to the Dutch imprint’s mission of producing “ego documents” — their term — for artists with a vision. Shadowy art by Francesco Carniani dominates a minimal jacket, but Pincombe supplies the liner notes, explaining the album’s underlying structure. Merging early and experimental repertoire across the disc and within individual tracks, Pincombe reveals a reason for the frequent overlap between H.I.P. and new music specialists. If the veneration of the composer as prophet led to a gradual demotion of performers’ creative authority, then music pre-Haydn and post-Strauss offers ways to reclaim lost license.

From the first pitch of Bach’s Suite No. 5, sounding almost electronic in its growling evenness, the cellist keeps this darkest of the six suites in gloom where other players might allow for passing sunshine. Pincombe plays Bach as purveyor of Passiontide agony throughout the Prelude, continuing to shape the low notes as axe-hewn notches in flinty surfaces well into the Allemande. A fleet Courante gives the impression of death’s pale horse a-gallop, the Sarabande suggests images of an opera singer lamenting over inexorable basslines. Feverish restlessness unites the Gavottes, from the tossing and turning of the first to the kicking-off of the sheets in the second. The Gigue recalls being in quarantine with no one to call. 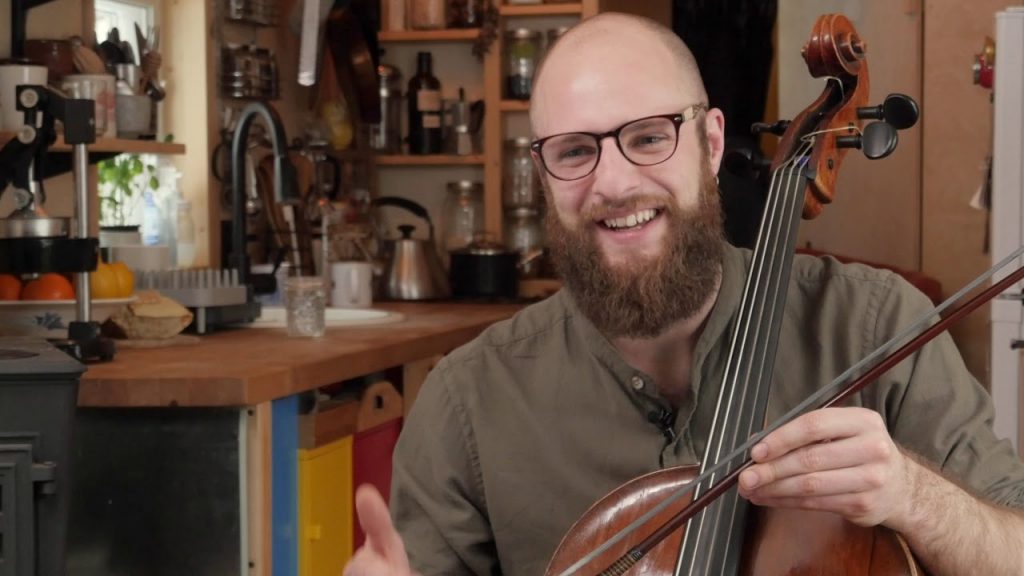 Pincombe lingers with Bach for half an hour, the same duration as all his 20th-century material combined — it takes three modernists to balance his bout with a high-Baroque heavyweight. Sandwiched between these outer sections comes what might look, on paper, like a palate-cleanser: the five-minute Sonata VI in F of Domenico Galli. Sunny though the micro-suite could sound, Pincombe takes advantage of the fact that Galli wrote to accommodate heavy elaboration, striking the most emotionally ambivalent tone plausible given the notation.

Baroque and modern ideas converge mid-tracklist, courtesy of music that dictates durations but leaves pitches to the performer. Choosing notes from the Bach and Galli compositions to fill in diagram-like scores by Morton Feldman, Pincombe produces something remarkable: a version of modernist sparseness in which savoring fragmentary sounds and hearing hints of the familiar become one activity. The rendition of Projection 1 with Galli’s notes offers more flashes of recognition, while Bach as filtered through Intersection 4 leans noisier.

Pincombe announces his love of physical gestures and the sounds they produce early in the liner notes. This gusto for the thrust of the bow becomes clear in the first half of Lachenmann’s Pression. Remaining on Baroque gut strings, he summons creaks, sweeps, and halos of overtones not to be found on wound metal. A long taper into quiet occurs in this opening section’s shadow.

The essential track on this record is the rendition of Xenakis’ Kottos. Glides that seem to melt space and time punctuate dance-like explosions of activity, and chill-inducing beauty flits into view before vanishing. Like the album, this track proves Pincombe’s commitment to climbing every Everest placed before cellists. Whether this virtuosity is a pure virtue depends on the listener.

In mood, the cello in my life tends toward heft even where lightness beckons, and the athleticism of the playing leaves little room for graceful understatement. The chronological range of the selected music could have correlated with composer diversity and thereby strengthened, rather than diluted, the theme of raw, tactile sound. A fine line separates conceptual seamlessness from airlessness. Yet missed opportunities cannot negate Pincombe’s accomplishment here. If the afterlife exists, then Bach and Xenakis are no doubt chatting about this record over a cosmic game of tenth-dimensional chess, planets for pawns.