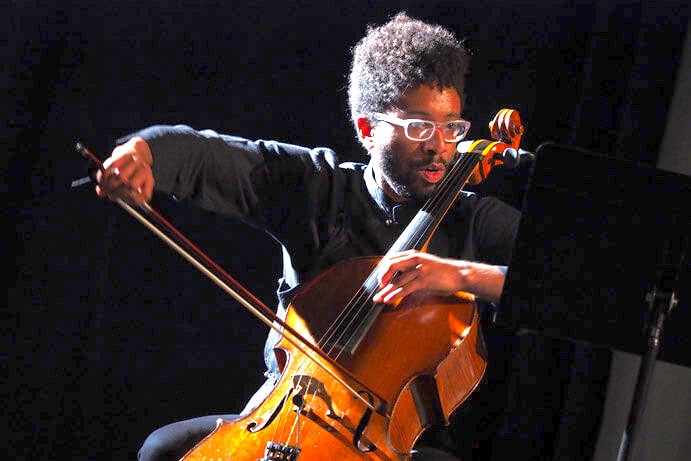 The modern works on the program are supplied by Giacinto Scelsi, Claudio Gabriele, and Alvin Singleton, while the much older material comes from Giuseppe Maria Dall’Abaco, Giovanni Battista Vitali, and the always ghostly Anonymous. And while the latter may have been a cellist for all we know, the other composers certainly were, according to Parker Woods. “Perhaps not very prominent ones, but they all played the instrument,” he said.

The music of these two eras is a real passion for Parker Woods. “There’s still lots of experimentation and discovery to be had with them,” he said.

He admitted that the idea of putting old and new in conversation with each other isn’t exactly groundbreaking. “But I wanted to present music that’s quite old, yet already showed signs of clever experimentalism — and then juxtapose it with how far we’ve come, both in the writing and in what the cello can do.”

Whether in tuning or in harmony, that 17th-century experimentalism is often “artfully embedded in the writing,” Parker Woods said. But aside from its adventurousness, the genre has another appeal. “Sometimes you’re listening to these works and you just feel like you’re walking through a piazza, or you’re sitting on the side of a river looking out at some old country — or you’re in Como, and you’re looking out onto the lake,” he said.

A Strings Magazine writer described Parker Woods’ interest in the music of 17th-century Italy as an “obsession.” When I brought that up, the cellist didn’t deny it. “Oh my God, it’s so decadent,” he said. “I came across it some years ago through a friend of mine — a Baroque cellist based in Montreal. And I absolutely fell in love with it.”

Jumping forward a couple centuries, the cellist told me about Alvin Singleton’s Argoru II (1970), the second in a series of three works by the composer for different instruments. “He wrote it while he was in his master’s program at Yale. He takes a simplistic idea, parses it out, and then redesigns it over the course of the work. It’s really exciting, and I’ve found that the piece doesn’t get performed so much. Now I’m really pushing to get it out there, and people are always so receptive to it.” 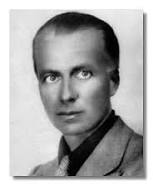 Tibetan rituals come into play in the 12-minute Triphon (1956) and its shorter, younger brother, the 4-minute Maknongan (1976). Both are by Scelsi, whose conversion to Buddhism notably impacted his writing. “He was trying to take aesthetics and themes from that practice and put them into his works,” Parker Woods said. “You can hear references to Tibetan instruments.”

Triphon also draws on a nifty piece of technology. “The cello is prepared with what’s called a resonator that Scelsi developed back in the sixties,” Parker Woods said. “Basically it’s a copper contraption that sits over the bridge, and when you play two pitches together that are close in range, it expands the overtone series within them. So you get this interesting buzz or interference between the sounds.”

For the other half of my conversation with the Texas-born cellist, we discussed his globe-trotting, European-flavored career. “After studying in New York City and then working there for many years, I decided it was time for a new journey,” he said.

The first stop on that journey was the Hochschule für Musik in Basel, Switzerland, where he also played with the city’s ballet company. “Towards the end of that period, I was also going to Germany — to Freiburg, which is just twenty minutes away on the train. I was studying with Lucas Fels, the cellist from the Arditti Quartet.”

Then, the plan was for Parker Woods to come home. “I thought I was going to teach for two years through that master’s program, and that would be enough for me to get my full feel of Europe. I thought I’d head back to New York and pick up where I left off. But the bug kind of bit me, and I stayed — and lots of doors started opening up in ways I did not plan out when I first signed on to study there.”

After a friend suggested he apply to a Ph.D. program, he put together a proposal and wrote to the University of Huddersfield — in West Yorkshire, near Manchester. “Before I knew it, they were inviting me to visit the campus and meet the department head and some of the other faculty. The day after that meeting, before I’d even flown back to Switzerland, I found out I’d been given this big scholarship.”

Then an opportunity came up to work with the Brussels-based Ictus Ensemble. “I basically started living between two countries,” he said. “I was teaching a heavy load at Huddersfield on top of my own research, and I was creating a program for the new concert season in Belgium, so I had to be in both places in the same week. There would be times when I would finish my courses, go directly to the airport, and get the last flight out to Belgium so I could be there for the morning rehearsal — and then vice versa. So I got to know the border agents really well.”

Logistics aside, it was of course an exciting time for him. “I got to experience very different cultures weekly — on top of touring with the Ensemble, which took me all over Belgium, France, and Italy.” He also made travels to Israel, Palestine, and Portugal for his own performing projects. “And eventually, over the summer of 2014, I took a research exchange trip with my department to Malaysia and Singapore for some teaching and performing. I’d been to Asia many times, but that was my first time in Southeast Asia, which I had always dreamt of seeing.”

After a couple years based in Chicago, Parker Woods is now in Vermont, having joined the faculty at Dartmouth College this year as Visiting Lecturer. And more good news in the States: next concert season, he’ll transition into his post as the inaugural Artist in Residence for the Seattle Symphony’s new concert venue, Octave 9.

Looking back on his fruitful time in Europe, Parker Woods said, “Personally, but also career-wise, it opened a lot of doors, which helped me sustain myself as I made the journey back to the U.S.”

END_OF_DOCUMENT_TOKEN_TO_BE_REPLACED

The portents weren’t good for the week of March 8: first the disorienting switch to Daylight time was to click in on Sunday, then a full moon would rise on Tuesday, then the 13th of the month was scheduled to fall on Friday. Midweek, the spread of COVID-19 added a spiraling series of postponements, cancellations, and shut-downs to an already unlucky period. Like other educational institutions, Oberlin College and Conservatory found themselves making decisions about how to proceed, only to change plans several times. END_OF_DOCUMENT_TOKEN_TO_BE_REPLACED

That old saw about absence making the heart grow fonder: how true it feels now! With concerts canceled to prevent the kinds of confined massing that facilitates the spread of COVID-19, musicians are suffering. Critics have already filed reports on the grim uncanniness of clear schedules and empty halls. Just before this writer’s exile from the scene, however, a spark of life shot skyward, and now stands as a last memory of live performance before social distancing. END_OF_DOCUMENT_TOKEN_TO_BE_REPLACED

The Cleveland Chamber Music Society sailed into relatively uncharted waters on March 3, hosting the Bay Area male vocal ensemble Chanticleer in “Trade Winds.” This musical voyage took its name from a triptych by Zhou Tian, part of a varied program that called in at multiple ports for Italian madrigals, settings of Ave Maris stella (“Hail Mary, Star of the Sea”), an Edwardian part song, a Portuguese Mass, songs from the Pacific, and English sea shanties. END_OF_DOCUMENT_TOKEN_TO_BE_REPLACED