“He was Rachmaninoff’s and Scriabin’s teacher, and he claimed that he was Prokofiev’s teacher as well. And at one point, Tchaikovsky was Taneyev’s teacher.”

Sergei Taneyev (1856 – 1915) was the first person to win the Gold Medal in composition and performance at the Moscow Conservatory. When Tchaikovsky left his post at the conservatory, he was replaced with the then 22-year old Taneyev, making him the school’s youngest teacher. 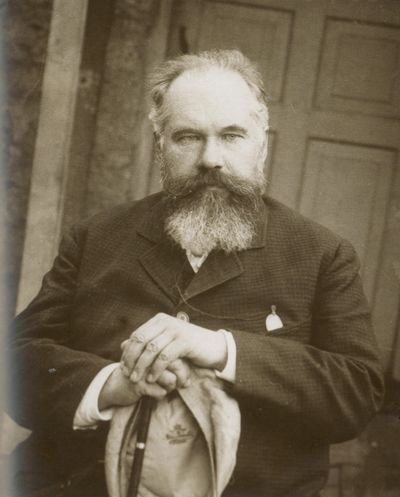 “He taught theory and counterpoint as well as composition and piano, and would later become the director of the conservatory,” Han said, “and the piano technique that he instilled into Scriabin, Rachmaninoff, and Prokofiev — the Russian school — was an incredible contribution. He and Tchaikovsky were very close friends, and the more famous composer said that he had never seen any musical mind like Taneyev. Tchaikovsky would often share his music with him asking for his opinion. And he gave the premiere performance of Tchaikovsky’s first piano concerto.”

Han said that she been aware of Taneyev 45-minute quintet for some time, but it wasn’t until she looked at the score that she realized how difficult the piece was. “I remember getting the music and thinking, this is so hard. There is no way I will ever be able to play this.” But the pianist fell in love with the quintet, and decided that she needed to “conquer it.”

After a year of learning the piece, it took another year for her to organize an ensemble to perform it. “I took it on tour to the Far East and then to Music@Menlo where I recorded it. I played it in New York with the Escher Quartet and people went wild. I’m now comfortable with it, but it’s been 3 or 4 years.”

Han noted that the work is one of the composer’s most well-constructed pieces for many reasons. “The harmonic language is incredibly rigorous, and the writing is very symphonic. Every player carries a load of responsibility and needs to know the entire score inside out or it will fall apart.”

Given his position and the notoriety he received during his lifetime, why hasn’t Taneyev’s music become more popular in the United States? “He didn’t enjoy administration, so he only lasted five years as the director of the Conservatory. He decided to devote more time to composition and teaching, then, when the Revolution happened, he became a recluse. Many musicians went to visit and play for him, but he was not interested in taking on a public position. He died in 1915 after catching pneumonia while attending Scriabin’s funeral.

Another reason Han cited for the absence of Taneyev’s quintet on concert programs is the tendency to program pieces that the audience already knows and loves. And when it comes to piano quintets, those are the the ones by Schumann, Dvořák, and Brahms. 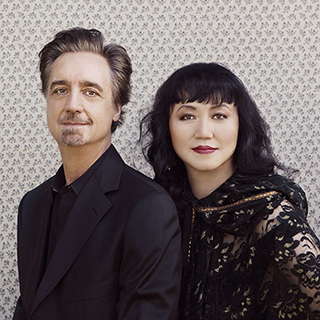 “It’s up to people like David (Finckel) and me to program new pieces and there are many great piano quintets. We now know the Shostakovich, but Dohnányi has two, and there’s one each by Franck, the young Bartók, and Amy Beech. I can go on and on.”

Creating adventurous programs is a mission of Wu Han’s and the Chamber Music Society. She said that Tuesday’s program is wonderful because the Rachmaninoff and Tchaikovsky are beautiful pieces that unknown to most people. “I call this a trust-building program. The goal is to get you in and have you leave saying ‘OMG that was so amazing — I want to check out and learn more about chamber music.’”

The program also highlights that fact that many times, new music does not only mean works that were written within the past year. “Even with a piece by Mozart, if you have never heard it, then it is new,” Han said. I have done a lot of start-up projects, and when there is a blank slate when it comes to classical music, all of it is brand-new to the audience. It’s something that I’m passionate about. There’s no excuse for those who love chamber music so much not to expand the repertoire and the understanding of the art form.”

When it comes to selecting her collaborators, Han said she is always seeking out serious and engaging musicians who play at the highest level. “Another great thing about these young people is that they are all interesting human beings who are living fascinating, multifaceted lives. As a musician you need to have that. It brings perspective, so they’re not just instrumentalists with great ability. They know how to be team players and they are a pleasure to be around. I have so many interesting musicians who all contribute in different ways. It’s just a great group of people.”

END_OF_DOCUMENT_TOKEN_TO_BE_REPLACED

Rodgers & Hammerstein’s Cinderella was originally produced for television in 1957 — seven years after the animated Disney film was released — and starred Julie Andrews. According to the Rodgers & Hammerstein website, it was viewed by over 100 million people. END_OF_DOCUMENT_TOKEN_TO_BE_REPLACED

The story line has its origin in an 1855 play and an 1842 farce that Thornton Wilder mined for his 1938 play The Merchant of Yonkers. When that turned out to be a flop, in 1954 Wilder made the crucial decision to re-center the show around the character of the legendary marriage broker Dolly Gallagher Levi and renamed it The Matchmaker. END_OF_DOCUMENT_TOKEN_TO_BE_REPLACED

The Dodero Center for the Performing Arts at the Gilmore Academy in Gates Mills is one feature of an impressive campus. The auditorium is shallow, the stage is deep, and the ensemble played without a shell. Throughout the program, the sound, especially in instruments’ lower registers, tended to disappear. END_OF_DOCUMENT_TOKEN_TO_BE_REPLACED