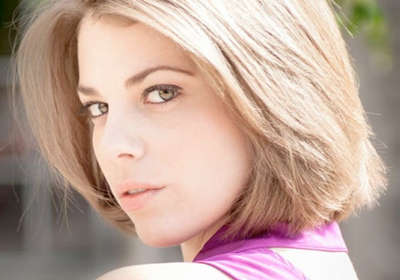 The third in a series of articles highlighting ChamberFest artists

Musical inspiration can be found in many forms, from the literary —  revolving around stories including the profane and the divine — to the spinning of dreams. For the 2016 edition of ChamberFest Cleveland, running from June 15 through July 2, the twelve concerts presented under the theme Tales & Legends will take listeners on journeys that will explore the fantastical, the mystical, and the obsessive.

This year’s Festival programs will feature many programmatic firsts, one of which is the inclusion of vocal music — and there’s no better way to tell a story than through words set to music.

When mezzo-soprano Lauren Eberwein was forced to withdraw for health reasons, ChamberFest was fortunate to be able to secure the services of the young Canadian mezzo Marjorie Maltais. What went through her head when she got the call asking her to step in? “It was a combination of fear and excitement, but I’m actually quite used to last minute gigs like this,” Maltais said during a telephone conversation. “I’ve filled in for a couple of colleagues who were ill and had to withdraw from performances, so I’ve had to learn new repertoire rather quickly. Of course it’s stressful, but it’s something that I know I can do. You just have to stay calm and take things one at a time. I know I’ll have wonderful colleagues, so we’ll work through this together as we get to know the pieces.”

Maltais will make her ChamberFest debut on Friday, June 17 at 8:00 pm in Reinberger Chamber Hall at Severance Hall, performing Frank Bridge’s Three Songs for Voice, Viola and Piano in a program titled To My Distant Beloved. “This will be my first time singing the music of Bridge, but I think his music is great. I’ve done the Brahms songs for the same instrumentation, and I’m a huge fan of the combination of viola, piano, and voice.”

Another vocal component of the June 17th program will be tenor Karim Sulyman’s performance of Beethoven’s groundbreaking song cycle, An die ferne Geliebte for voice and piano, Op. 98 (“To the distant beloved”), which gives the program its name.

Maltais and Sulyman will come together in a single work on Saturday, June 18 at 8:00 pm at the Maltz Performing Arts Center. Benjamin Britten’s Canticle II: Abraham and Isaac, is part of the ChamberFest program titled Isaac’s Dreams.

“I will play Isaac, Abraham’s son. I’ve only heard the part performed by a countertenor, but it was written for a female voice. This is one of the pieces that has been on my bucket list for some time, so I’m happy to be able to check it off. I’ve worked with Karim before. We sang a Messiah together in Windsor, so I know our voices will go well together.”

One Friday, June 24 at 8:00 pm in Mixon Hall, Maltais will sing selections from Richard Wagner’s Wesendonck Lieder, arranged by Christophe Looten for voice and string quartet. The songs are part of a program titled Obsession.

“They’re wonderful!” she exclaimed. “The songs were written as a study for Tristan and Isolde so you get all the drama without the big orchestra. I’ve heard them performed with piano, but singing them with strings will be very exciting. This is a new cycle to me, so I’m just getting acquainted with the poetry and the music. This will also be my first Wagner performance. Singing his music with string quartet allows more space for the voice. I don’t have to do the work that a Wagner opera would require.”

Another first both for ChamberFest and Marjorie Maltais will be Czech composer Erwin Schulhoff’s Sonata Erotica for solo female vocalist from 1919. Merriam-Webster defines “erotica” as “works of art or literature that deal with sex and are meant to cause sexual feelings” — probably the reason that ChamberFest has chosen to include the disclaimer that the piece is intended “for mature audiences only.” They will perform the work during the intermission so that listeners can decide for themselves whether or not it is appropriate for them.

Has Maltais ever performed a work that was accompanied with a disclaimer? “No, this is the first time,” she said. “I had never heard of the piece. But it is nice every once in a while to get out of your comfort zone, and this is one of those pieces that falls into that category for me. It’s not something that you would listen to on a recording, it has to be experienced live onstage. I’m grateful to have the opportunity.”

Returning to more PG-13 repertoire, Maltais will finish her ChamberFest run with Erich Wolfgang Korngold’s Four Shakespeare Songs during the June 28th Shakespeare evening in Mixon Hall. “The settings are so well done,” she said. “Of course the words are beautiful, it’s just a matter of getting used to them.”

How did Marjorie Maltais come to singing? “That’s a funny story,” the Clermont, Québec native said. “I’ve been in choirs since I was twelve years old. I enjoyed it but I also played the piano, which I loved just as much. I always had a little bit of stage fright — performing was something that did not come easily to me.

“I applied late to university, so I went to the music faculty and asked if they had a spot in their piano classes. Of course they were full, but the administration said that they had space in the organ studio, so I said I would gladly play organ, which I did for three years. After that I took a little break, but I still had a passion for singing that had never stopped, so I thought I wanted to give it a try. Because I was older I was no longer as frightened to be onstage, so my problems kind of fixed themselves with time. And since I still had that passion, I decided to go for it.”

You could see the relationship at work on a practical level. Repertoire for two players at the same piano requires a certain choreography. There’s just one of each pedal to share, and the hand crossings left and right — which can be so fun to watch a soloist pull off — get more complicated when another person’s involved. At times, Pompa-Baldi drew a hand away from the keyboard and into his body, making room for Friscioni, and at the close of a few delicate phrases, the two were crouched together over the same final notes at one end of the instrument. END_OF_DOCUMENT_TOKEN_TO_BE_REPLACED

The signature sounds of these famous film scores are not so much John Williams’ invention as allusions to other classical pieces. The foreboding half-step from Jaws, growing more and more furious in the cellos and basses, shares something with Dvořák’s “New World” Symphony and Bartok’s Miraculous Mandarin. END_OF_DOCUMENT_TOKEN_TO_BE_REPLACED

Unlike most concert pianists, who seem to have taken to the keyboard while they were still learning to walk, Kharitonov only began his studies at the age of 16. But he plays with such naturalness and easy virtuosity that you’d never imagine he came late to the party. END_OF_DOCUMENT_TOKEN_TO_BE_REPLACED

Each concert in “Beethoven and Beyond” includes two of LvB’s string quartets with a contemporary work in between, usually by way of contrast, although in her introductory remarks, primo violinist Annie Fullard drew thematic connections between the pizzicati in Beethoven’s “Harp” Quartet and Jessie Montgomery’s Strum. END_OF_DOCUMENT_TOKEN_TO_BE_REPLACED