“In a way, we’re the most blissfully portable ensemble around,” Chanticleer music director William Fred Scott said by telephone from his home in Atlanta. “We don’t need microphones, we don’t need a piano, we don’t even need music stands.” If the 12-member male chorus had a superhero catchphrase, it might be what Scott said next, with the obligatory baby tagged on at the end: “All we need is a nice acoustic and we’re ready to go.”

The resonant Plymouth Church in Shaker Heights ought to do the trick. As part of an extensive tour away from its home base of San Francisco, Chanticleer will make its debut on the Cleveland Chamber Music Society Series on Tuesday, March 3 at 7:30 pm at Plymouth. David Rothenberg will give a pre-concert lecture at 6:30 pm, and tickets are available online.

The program, Trade Winds, was “kind of a no-brainer for us this particular year,” Scott said. It’s themed around global travel, fitting for Chanticleer’s presence on the Pacific and for the ensemble’s schedule this season: in July, they head to Oceania for their debut in New Zealand and their first trip to Australia since 1997.

Speaking of itineraries, the musical one for Tuesday evening in Cleveland is intricate and made up of seven stages. “What we start with is a series of early Baroque pieces by Monteverdi and Gesualdo — pieces that are about the wind, the waves, the sea, or the power of love,” Scott said. (Love, he added, laughing, is an easy topic to program.) “The combination of Monteverdi and Gesualdo is very good for our voices, and it’s a good way to start the concert.”

Though Chanticleer has branched out into many styles over the years — more on that later — Renaissance music has been part of the group’s DNA since its founding in 1978 by Louis Botto. With that in mind, Scott wondered what Latin texts he could include in the second section of the program.

“And I thought, how about, ‘Hail Mary, Star of the Seas’ — Ave maris stella?” Chanticleer will sing two settings of that hymn: one by Grieg and one by Tomás Luis de Victoria. “I wanted to combine that with some English music that would also say something about ships, the sea, or sailing, and I thought of Never Weather-beaten Sail by C.H.H. Parry.”

For the third section, Scott’s mind turned to the great sailors of history, many of whom are from Italy and England. “But we do a lot of Italian and English music in the course of our lives. I feel like the men of the ensemble also like to be challenged, and we like to do music by composers we’ve never heard of. So I thought to myself, ‘The Portuguese were also great explorers — I wonder if there’s not some Portuguese Renaissance music that might be interesting for us.’”

An album called Portuguese Polyphony ended up in his hands, and through that he discovered a composer named Filipe de Magalhães. “He’s written several masses,” Scott said. “They’re very beautiful, and they seem to be just right for us, so we’re going to do movements from a Portuguese Renaissance mass.”

Contemporary music is another important part of the group’s identity. “Louis discovered early on that in addition to our commitment to Renaissance music, we needed to create a library of new music that would work for a small a cappella ensemble,” Scott said. “And almost every program we do, there will be at least one work we’ve commissioned.” 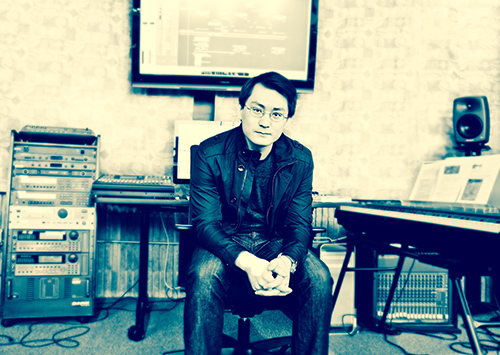 That holds true here with a piece by Chinese-American composer Zhou Tian (above) that Chanticleer just premiered in September. “I came across his music a number of years ago, and I thought, this is an interesting new voice. I met him and said, ‘We’re looking for a set of three pieces, and I would like to have John Masefield’s poem Trade Winds set to music. Would you be interested?’ He said he would love to, so he’s given us a piece which is literally called Trade Winds. That takes us up to the intermission, and we’ve gone from century to century, from sacred to secular, and from very happy to very moody — so we’ve had that ebb and flow that we like in our programs.”

With the second half of the concert, Scott said, “I like to think that we let our hair down a little bit. We have some English sea shanties, a couple of pop tunes that were arranged for us by our music director emeritus Joe Jennings, and a series of pieces truly from around the Pacific Rim. We won’t sing all of them — we have a group of eight songs, and we choose four or five per evening depending on how the mood hits us. We have some Chinese, Korean, and Japanese pieces, and an Australian piece, and a number of these were written for us.”

Crafting programs isn’t solely Scott’s responsibility, but rather a collaborative process that begins in conversations with Chanticleer’s president and general director, Christine Bullin. “She and I pick some themes, and then it’s up to me to fill them with music,” Scott said. “We run those themes by our tour manager to make sure that they sound like programs that have some interest to the general public.” 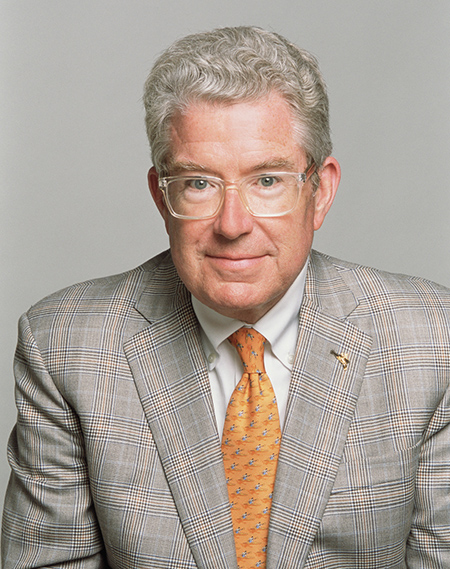 For Scott, the work that goes into making a thoughtful program is one of the greatest joys of the job. “To watch a theme come to life and to see it fit all the kinds of music that we seem to do well — I just love making programs, almost as much as I love anything else,” he said. “There is some brainwork behind them, but I also think that if we’re lucky, the emotional payoff is at least rich, if not also fun.”

While Chanticleer performs Renaissance and contemporary music, spirituals, and pop arrangements, there are some genres they don’t explore.

“In a way, composers make that choice for us,” Scott said. “From Handel until almost the 20th century, there is very little choral music that doesn’t require at least one piano, if not an orchestra. You just don’t find a lot of Brahms written for our kind of sound. You can’t do Beethoven’s Missa solemnis with twelve singers, six of whom are countertenors. You can’t even do Messiah without some kind of keyboard instrument. So the big 19th-century choral machine doesn’t work for us even if we wanted it to.”

Scott has been music director of Chanticleer since 2015, but he first encountered them in 1994, when he conducted the group and the Atlanta Symphony Orchestra in a program of Mexican Baroque music. “I moved down here in 1981 to be Robert Shaw’s associate, which of course gives me a great connection to Cleveland,” Scott pointed out. By ‘94, Scott had left that post, but the Atlanta Symphony called to see if he was interested in conducting a series of concerts with Chanticleer. “We kind of fell in love with each other then, decades ago,” he said.

Part of the attraction was the array of musical interests on either side. In addition to his orchestral and choral experience, Scott was also Artistic Director and Principal Conductor of the Atlanta Opera from 1985-2005. “So I guess the combination of the theatricality of opera, the discipline of symphony, and the choral work of Shaw did seem appealing to Chanticleer,” he said. “And I must say, these five or six or twenty years together have been really quite wonderful for me.”

Scott is staying home in Atlanta for this current tour, making way for assistant music director Gerrod Pagenkopf, a countertenor in Chanticleer, to take up duties like leading the hour-long, pre-concert warm-up.

But when Scott does attend a performance, what exactly does he do during the concert? “Essentially, I listen and make notes so that I can be ready for the following night’s warm-up. They don’t all of a sudden start singing wrong notes, but as I listen from the back of the audience, I think about what we need to work on — this measure, or this transition. It’s a question of keeping it really tight and fresh.

END_OF_DOCUMENT_TOKEN_TO_BE_REPLACED

The strings-only work by Berg has made relatively frequent appearances on the Orchestra’s programs. In 2021, the musicians recorded it for the In Focus series, and it appeared again on last year’s European tour. Friday’s rendition maintained the group’s characteristic light and effortless playing, each section blending as much as possible to echo the work’s original form as a string quartet. At fifteen minutes total, the piece is quite short, but the dense encoded musical meanings require some extra-attentive listening. Splitting up the three movements ensured that each one could be appreciated on its own. END_OF_DOCUMENT_TOKEN_TO_BE_REPLACED