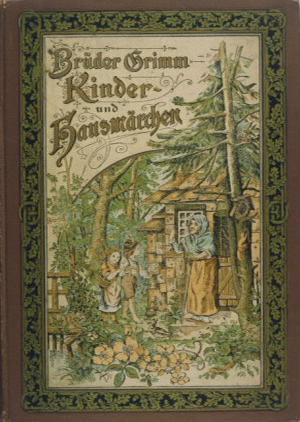 I spoke with mezzo-soprano Meg Linebaugh and soprano Anne Carruthers, who will sing the roles of Hansel and Gretel respectively during the Thursday and Saturday performances. I began the conversation by asking each of them about their character and their relationship with their sibling. 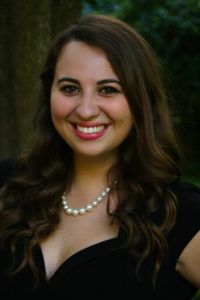 Meg Linebaugh: Hansel is your typical nine-year-old boy. He doesn’t like doing his chores — he’d much rather play games, and he loves teasing his sister. The opera begins with the two kids at home. They’re supposed to be working but instead they’re picking on each other. But as the opera progresses Hansel takes on a protective role — when they are lost in the woods, Gretel is very scared and he tries to calm her down. And when they first meet the witch, Hansel stands up to her and watches out for his sister, even from the confines of the cage. 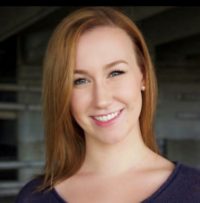 Anne Carruthers: I see Gretel as a fun-loving seven-year-old girl who has a lot of energy, imagination, and changing emotions. I think she sees her brother as her friend, but he is a little older so she looks to him for reinforcement and security. They argue like siblings do, but they always go back to a ‘we’re a team’ mentality.

Mike Telin: The opera has its share of darker themes, including poverty and hunger. Are you thinking about those or viewing it simply as a fairytale?

ML: I see it as a beautiful fairytale. It’s a story that has been around a long time for a reason. It has these two kids against the world, but it also has magic — who wouldn’t be excited about seeing a house covered in gingerbread and candy?

AC: I see it, and especially with this production, as a fairytale. It’s very family-friendly.

MT: I think that Humperdinck’s score is stunning. What are the musical highlights for you?

ML: I feel like the entire opera is a musical highlight. I love the dream pantomime and the prayer. It is an emotional experience every time we sing it. Think about where it occurs in the opera — the kids are terrified in the middle of the woods and are looking for a source of comfort, so they decide that they are going to say their evening prayers. I also love the witch’s aria. It’s so fun and sinister but not overly evil.

AC: There is the famous pantomime, but a moment that is often overlooked is the scene before the sandman enters. Gretel is panicked and Hansel is also scared, but he’s doing his best to calm her down. It’s musically challenging but also the most fun. There’s so much going on in the orchestra. It’s an intense scene, but it’s rewarding for me every time the two of us get to do it.

MT: In addition to the music, the opera is a wonderful piece of theater. What are its theatrical challenges?

ML: There are a lot of them and most are fun. The opening scene is a dance — we’re twirling around and around while singing, and we’re trying to see the conductor and remain lively, so it is quite a workout. There is never a moment where you can just stop and sing. You’re always reacting to something, excited about something, or moving toward or away from something, even when you’re not singing.

AC: You cannot let your energy drop for even a minute or the audience will see that immediately. Meg and I run around so much in the first act that when we finish, both of us are panting and sweating. It’s so much fun but incredibly taxing. The Dew Fairy is such a serene scene, but our minds are going 500 miles an hour even though we’re supposed to be asleep.

MT: Meg, have you done a trouser role before?

ML: This is my first and it’s very different from any role that I have done. There are a lot of mezzo roles that are an older servant or aunt, but with this, you need to pay attention to your physicality so much more, from the angle you hold your wrist and elbows down to how you walk. There are certain gestures that the audience perceives as inherently feminine and inherently masculine, so it has been a process to train myself to stand and walk a certain way. Then there is the added challenge of playing a little boy. Little kids are spontaneous and when they get excited about things, they don’t hold it together the way an adult would.

MT: Anne, what are the musical challenges of singing the role of Gretel?

AC: It’s vocally demanding. For starters, this is my first lead role, and as of a year and a half ago I was singing mezzo repertoire, so this is a part of my voice that has been tucked under the rug for a long time. And the amount of energy you must bring to play a child for two and a half hours is unbelievable. But Meg is a very good friend. We both have goofy personalities and our jokes can be very childish. It’s nice being up there with her because it is so easy to get in character and is easily translated from our real-life friendship.

ML: I adore singing it. It’s a beautiful opera, and I think it’s a very good one for those who have not been to an opera before. It’s a well-known story, moves along quickly, and there’s one beautiful melody after the other.

AC: Meg and I have had a blast trying to get into our best childish characters. And by what I’ve seen from short video clips, I think we’re doing a good job. And the sets are fabulous.

Jackson began the program with a recitation of Langston Hughes’ poem “Helen Keller” — the first of five poems by Hughes that served as interludes between each piece on the first half. END_OF_DOCUMENT_TOKEN_TO_BE_REPLACED

Pianos with pins and tape on strings, a bass drum and tam tam, crotales, Almglocken, and vibes. Microphones were hooked up all around the instruments. The feed was sent to speakers around the room. Lighting designer Nicholas Houfek hung incandescent globes over the arrangement of instruments from thin black wires stretching across the beams. END_OF_DOCUMENT_TOKEN_TO_BE_REPLACED

From the podium, Elim Chan set an ambitious tone for the evening. The rising star conductor, here in her Cleveland Orchestra debut, has a commanding style, and every twist and turn in Saturday’s performance tracked closely with her baton. END_OF_DOCUMENT_TOKEN_TO_BE_REPLACED