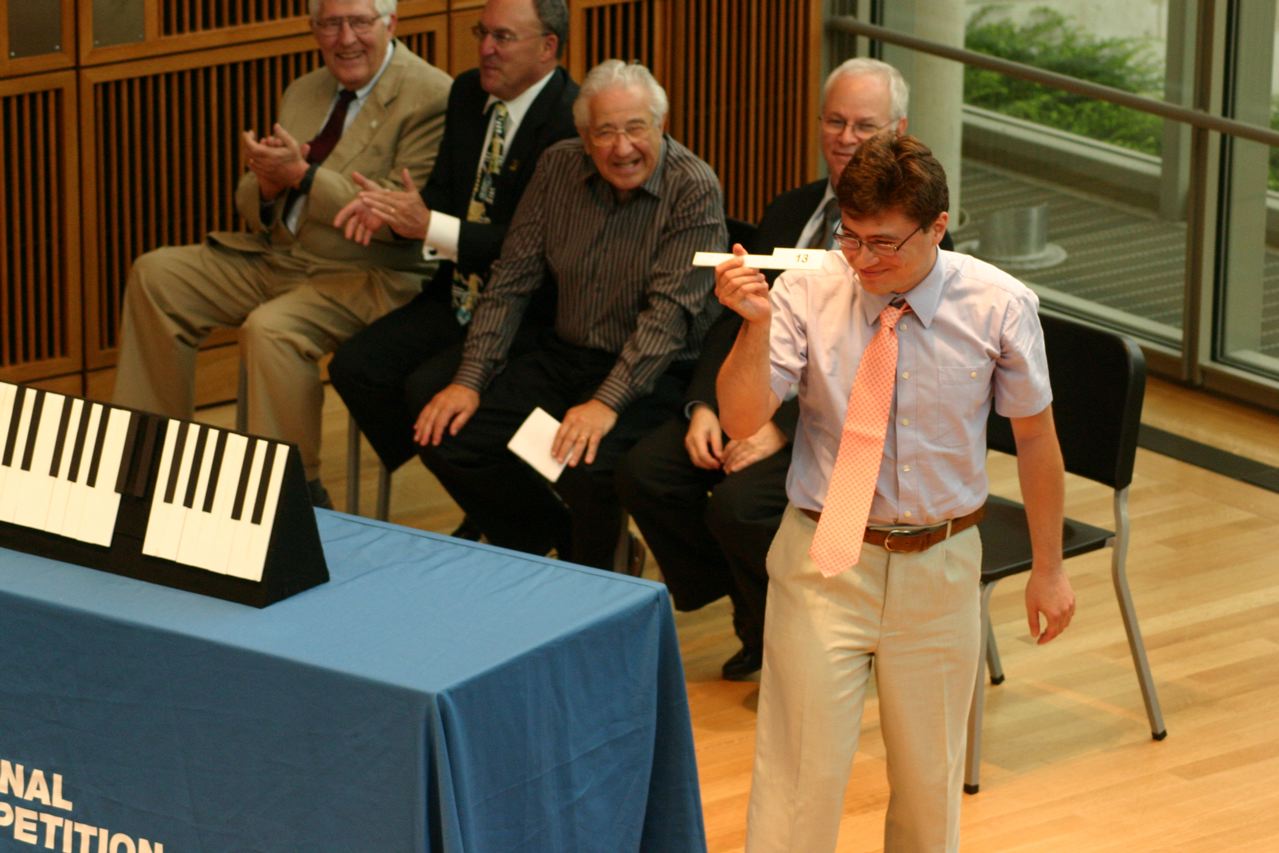 “I call this hell day”, she admitted after being introduced by WCLV‘s Robert Conrad. The contest’s beloved materfamilias reported only two glitches in a cliffhanger day when nearly three dozen pianists were scheduled to descend on Cleveland from multiple points of embarcation: one contestant was stranded in New York due to a flight cancellation and was being driven in by friends from Eastman, and jury chief Peter Frankl’s luggage was apparently still in Helsinki. Not bad!

Following greetings from board president Rand Curtiss and CIM president Joel Smirnoff, Frankl gave the competitors a little motivational speech, pointing out that he had come in twelfth in the Queen Elizabeth competition half a century ago (Vladimir Ashkenazy was no. 1) and had walked the streets of Brussels thinking his career was over. “But I’m still here, and I’m still playing!” Other dignitaries on the stage were quick to point out that a few household names like Thibaudet and Hewitt didn’t make it to the top in previous Cleveland contests either. 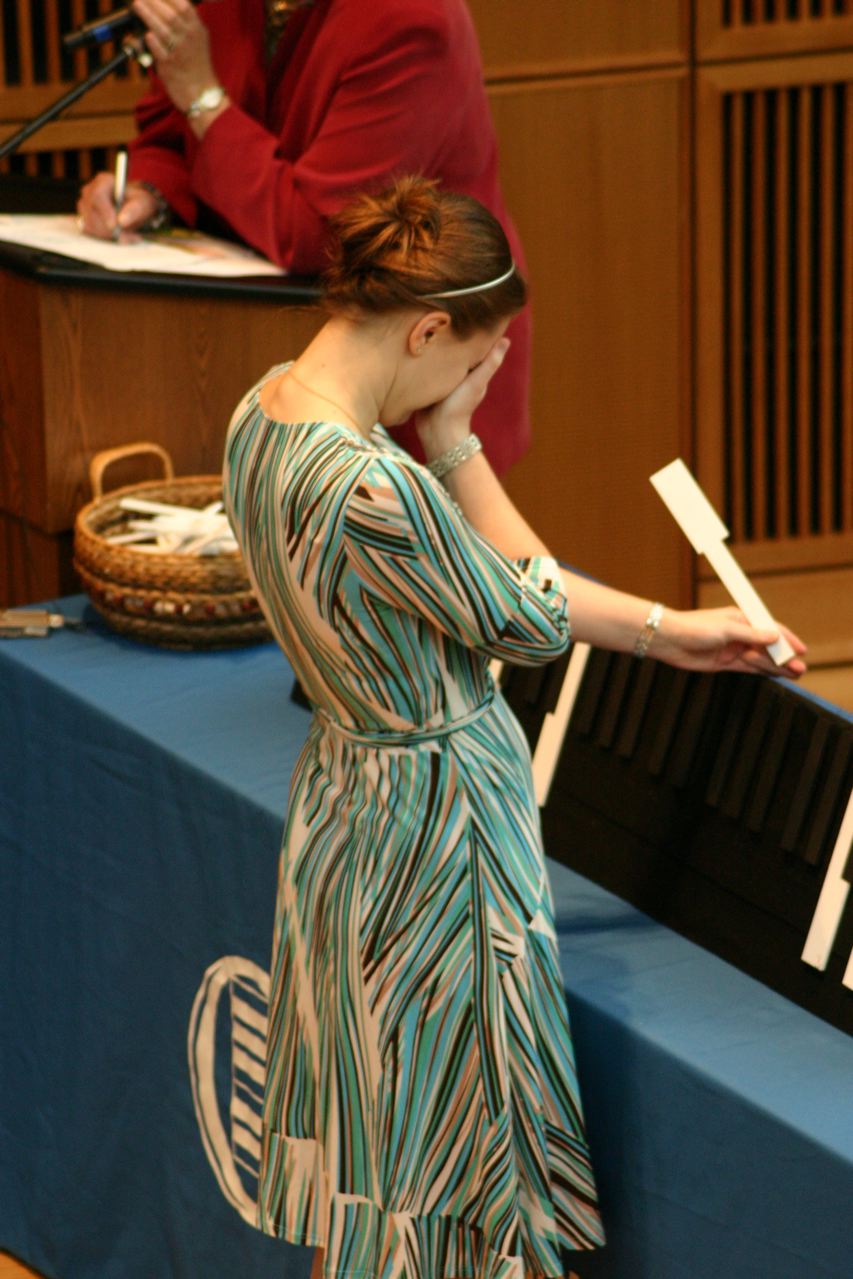 Who's on first? Anna Shelest (USA) reacts to drawing the opening slot on day one. Photo: Sam Hubish

Then the drawing. Two members of the CIPC board had come up with a clever alternative to the usual numbers-in-the-fishbowl routine. Contestants were called up in alphabetical order to pluck white keys off a mockup of a piano keyboard. The numbers, underneath the keys, determined when they would play in the first round (and, in retrograde order, in the second). The lucky (or unlucky) number 1 was finally drawn by Anna Shelest (USA). The missing contestant, due to arrive late that evening, will be eternally grateful to Joel Smirnoff, acting as her proxy, for drawing a number in the teens.

After a well-provisioned reception, it was either off to practice or sleep —many contestants were recovering from overnight international flights. To sleep or perchance to dream.

The draw for rounds one and two is up on CIPC’s web page. Here’s the schedule for Tuesday, July 28. Come along to the Bolton Theatre at the Play House ($10 per session), listen live on WCLV, 104.9 FM, or view the live web cast. We’ll be back tonight and tomorrow morning to reflect on the first two sessions.

Jackson began the program with a recitation of Langston Hughes’ poem “Helen Keller” — the first of five poems by Hughes that served as interludes between each piece on the first half. END_OF_DOCUMENT_TOKEN_TO_BE_REPLACED

Pianos with pins and tape on strings, a bass drum and tam tam, crotales, Almglocken, and vibes. Microphones were hooked up all around the instruments. The feed was sent to speakers around the room. Lighting designer Nicholas Houfek hung incandescent globes over the arrangement of instruments from thin black wires stretching across the beams. END_OF_DOCUMENT_TOKEN_TO_BE_REPLACED

From the podium, Elim Chan set an ambitious tone for the evening. The rising star conductor, here in her Cleveland Orchestra debut, has a commanding style, and every twist and turn in Saturday’s performance tracked closely with her baton. END_OF_DOCUMENT_TOKEN_TO_BE_REPLACED