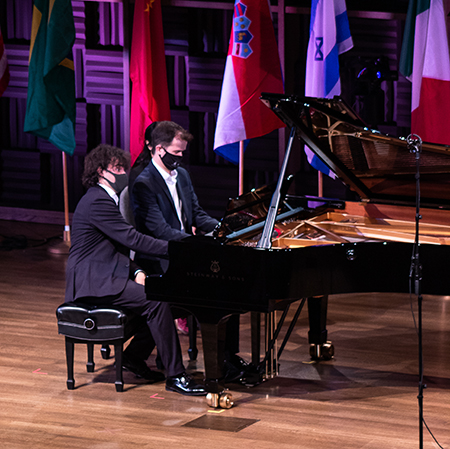 Two splendid solo performances distinguished the third session of the Semifinal Round of the Cleveland International Piano Competition on Saturday afternoon in Gartner Auditorium at the Cleveland Museum of Art, but the truly amazing feature of the afternoon was its finale.

Rafael Skorka (32, from Israel) and Martín García García (24, from Spain) set their strong individual personalities aside and joined their four hands together for an illuminating performance of Schubert’s Fantasie in f that was remarkable for its single mindedness and expressive nuances. Every detail fell neatly into place, but there was no sense that these pianists knew the piece too well. Instead, they made a standard work sound newly minted, its surprises freshly discovered.

The afternoon ended with a standing ovation after the Schubert. It began with a varied program played by Skorka, who earned his bachelor’s degree at the Jerusalem Academy of Music before coming to Cleveland to work with Sergei Babayan at CIM, where he received both his Master’s and Doctor of Musical Arts degrees.

He chose to lead off with his choice from the required list of virtuosic arrangements of popular tunes by Alexei Kurbatof: Leonard Bernstein’s “America” from West Side Story, a piece he might have tossed off in a blaze of notes and glissandos. Instead, he looked deeper and found hidden nuances and made little tweaks to its rhythm that made his interpretation special. 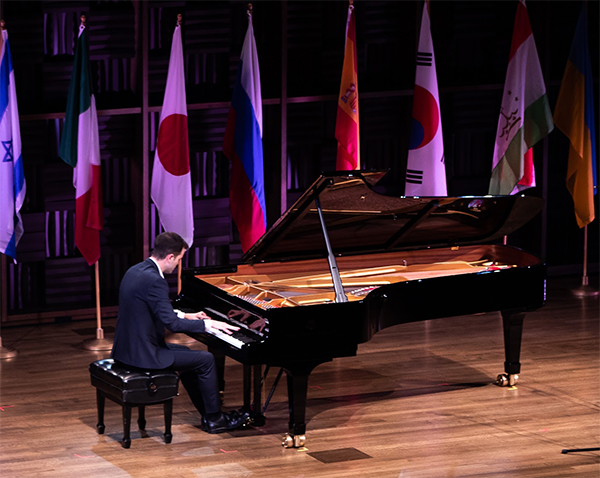 Turning to a work with more compositional rigor, Skorka took on British composer Kenneth Leighton’s 1956 Fantasia Contrappuntistica, Op. 24 (“Homage to Bach”), a thorny, dissonant tribute to the Cantor of Leipzig in five movements, the last two of them fugues. His playing was penetrating and altogether serious. Alas, without a musical G.P.S., the audience lost track of the progress of the work, and it ended without the applause it deserved.

Skorka completed his set with Brahms’ Seven Fantasies, written in 1892 and published as his Opus 116. They’re probably not meant to be heard in one sitting, but the pianist made a convincing suite out of its combination of capriccios and intermezzi, pieces not so often heard in any context.

After a ten-minute pause, García García, who participated in PianoCleveland’s Virtu(al)oso Competition last summer and is pursuing a master’s in piano at the Mannes School in New York, sat down at the Steinway without any preliminary fussing and launched into a memorable performance of Schubert’s Wanderer Fantasie. He brings a big, warm personality and an attractive level of showmanship to his playing, which gave the piece an unusually high profile. 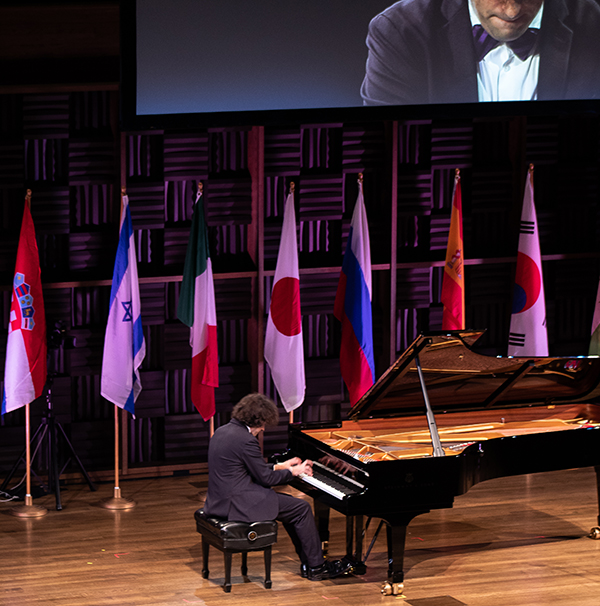 Liszt’s Les cloches de Genève, “The Dance of the Gnomes” (Étude de Concert, S. 145, No. 2), and Transcendental Etude No. 10 seemed to have been written with García García in mind. In addition to the wonderful sounds he conjured with his fast-moving hands and busy fingers, his facial expressions — before he and Skorka donned masks for four-hand Schubert — were priceless.

At the end, he lip-synched to Freddie Mercury’s Bohemian Rhapsody (while playing Kurbatof’s faithful arrangement of the 1975 song from Queen’s A Night at the Opera), but if any of his selections lacked words, he seemed eager to improvise them on the spot.

END_OF_DOCUMENT_TOKEN_TO_BE_REPLACED

Supported by engagingly, yet simple staging by Cara Consilvio, a well-prepared cast of singers told the archetypal story of Cinderella with charm and flair. Framing the production was  a sparse but colorful set and wonderful lighting by Dave Brooks. END_OF_DOCUMENT_TOKEN_TO_BE_REPLACED