On May 4, 1970, the Ohio National Guard fired into a crowd of protesters at Kent State University, killing four students and wounding nine others. The 50th anniversary of this horrific event was the focal point of Cleveland Chamber Choir’s recent program “We March On! Music of Social Justice.” The thought-provoking concert also poignantly addressed anti-Semitic violence, the civil rights movement, hate crimes, police brutality, and women’s suffrage. In keeping with the theme of CCC’s fifth anniversary season, Women’s Voices Resounding, the majority of the composers and poets were women. I heard the March 8 performance at Cleveland’s St. Ignatius of Antioch Church.

The genius of “We March On!” was the combination of the research that went into its creation — each musical selection was introduced through spoken-word commentary —  and the music itself. The program highlighted events of our time in choral music of our time: all but one of the composers represented are still alive. And each section of the program flowed easily from one to another. Nothing was forced, but rather meticulously placed.

Above all, the Cleveland Chamber Choir, under the direction of Scott MacPherson, sounded magnificent. The balances and blend he drew from the ensemble along with their impeccable diction — you could understand every word — made the performance a feast for the ears. 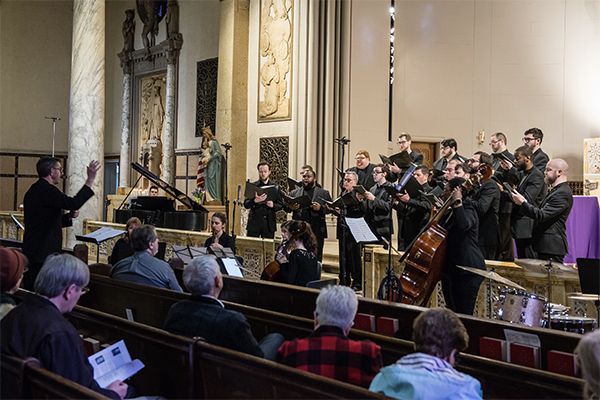 The concert began with a reading of Pulitzer Prize-winning photographer John Filo’s recollection of the Kent shootings, his words seamlessly transitioning into Linda Kachelmeier’s Each of Us, a Spiritual-like setting of an excerpt from Walt Whitman’s “Salut au Mond!” The piece is a reminder that we all have a place in the world.

The Montgomery Bus Boycott was brought to life through the words of the bus driver (“I was only doing my job”), followed by the words of Rosa Parks (“I was tired of giving in”). That led to Catherine Dalton’s She Stood for Freedom, featuring the mellow voice of mezzo-soprano Teagan Amey. The captivating work celebrates both Parks and suffragist Alice Paul. Another Dalton composition, Morning Paper, featuring soprano Marie Taylor, inventively weaves together headlines about the Kent tragedy, the opioid crisis, the shooting of Tamir Rice, and the killing of eleven people at Pittsburgh’s Tree of Life Synagogue.

Choir member Julie Strebler led the audience in sing-alongs during Abbie Betinis’ “Resilience” and later “Love Is Love Is Love Is Love” from the Justice Choir Songbook, which added the spirit of a community social justice gathering to the concert. Prior to Love Is, which is dedicated to the victims of the Pulse nightclub, a reading from a Ravenna, Ohio newspaper (“But if this is what it takes to teach the students a lesson”) reminded us that not everyone was against the actions of the National Guard on May 4, 1970.

Leena Julin’s Real Solidarity, set to the text of The Schuman Declaration, is a grab-bag of musical styles, and the Choir sang the short work with conviction. The women of the ensemble were featured in Ethyl Smyth’s women’s suffrage-themed “Laggard Dawn” and “The March of the Women” from Songs of Sunrise. Both were performed with exuberance. 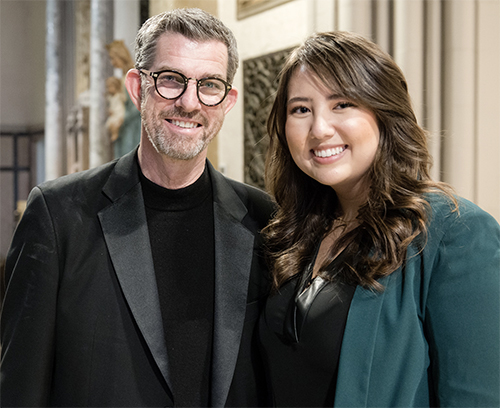 The premiere of Natsumi Osborn’s Legacy, set to the poem of the same name by Megan Neville-Jellen (who was present to read it), draws on imagery from John Filo’s photo of Mary Ann Vecchio crying out over the body of Kent State student Jeffrey Miller. Osborn, who is still completing her undergraduate degree at Oberlin Conservatory, possesses a natural ability for text painting and a colorful use of harmony. After a powerful opening, she dissects the text and begins adding layer upon layer, recreating the chaos that would have been present on May 4. That chaos grows until the fatal shots arrive — then instantly the work becomes eerily quiet. Singing with a clear, focused sound, the CCC gave an emotional performance of the technically demanding work.

Joel Thompson’s Seven Last Words of the Unarmed looks a troubling subject straight in the eye. Scored for male voices and string quintet, Thompson’s work vividly sets the final words of seven victims of police brutality. And while it is not possible for us to know the pain they endured, the ensemble’s moving performance delivered that feeling directly to the audience.

You could hear Kenneth Chamberlain pleading, “Officers, why do you have your guns out?”; Trayvon Martin asking, “What are you following me for?”; Amadou Diallo telling his mother that he is going to college (tenderly delivered by tenor Matt Jones), Michael Brown shouting in desperation, “I don’t have a gun”; Oscar Grant crying out, “You shot me”; John Crawford telling the police, “It’s not real”; and Eric Garner’s painful “I can’t breathe.” 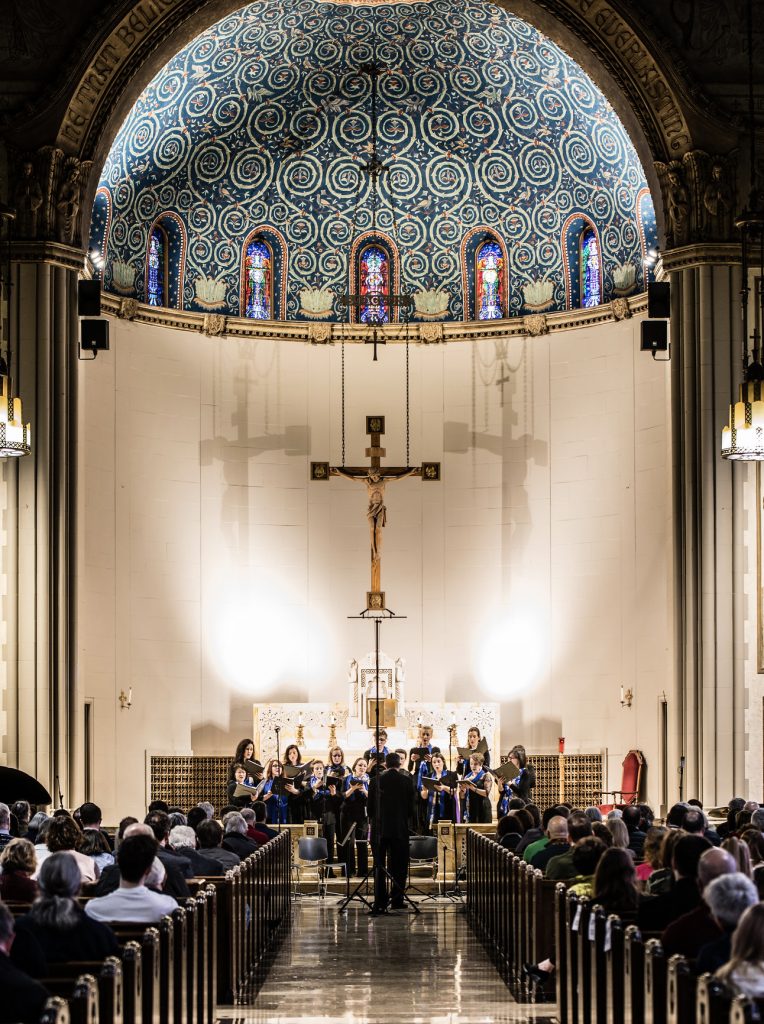 The final section included George Chung’s North in a touching performance by the Oberlin Choristers’ una voce musica led by Tim Unger. The young ensemble joined the CCC in Craig Hella Johnson’s “All of Us” from Considering Matthew Shephard. Conducted by Corey Fowler and featuring vocalists Anna E. White, Katie Fowler, and Kira McGirr, as well as drummer Tony Kazel, this spirited work of hopefulness was a joy to hear. The combined ensembles produced a wonderful massed choir sound in the concluding work, Jocelyn Hagen’s Hands, reminding us that together we can make positive change.

END_OF_DOCUMENT_TOKEN_TO_BE_REPLACED

Supported by engagingly, yet simple staging by Cara Consilvio, a well-prepared cast of singers told the archetypal story of Cinderella with charm and flair. Framing the production was  a sparse but colorful set and wonderful lighting by Dave Brooks. END_OF_DOCUMENT_TOKEN_TO_BE_REPLACED