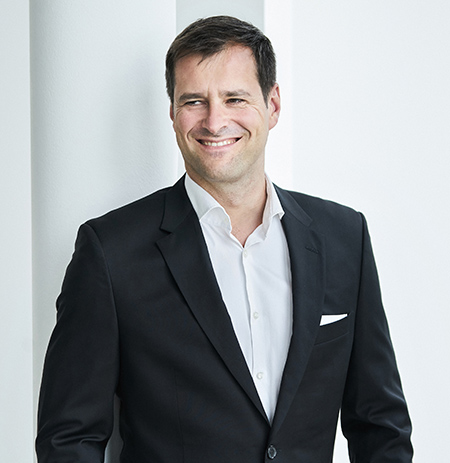 Singers on the Cleveland Chamber Music Society series never seem to attract the kind of audiences who turn out for string quartets, but anyone who stayed away from the remarkable recital presented by German baritone Holger Falk and British pianist Julius Drake at Forest Hills Presbyterian Church on October 23 missed out on a special evening.

Veering between extreme emotional poles from serious to silly, their program visited Lieder by Schubert, selections from the Hollywooder Liederbuch and Hollywood-Elegien of Hanns Eisler (words by Bertolt Brecht), Poulenc’s Calligrammes and Banalités (Guillaume Apollinaire), and Satie’s Ludions (Léon-Paul Fargue). But running underneath these 30+ songs, Falk noted at one point, was the common theme of Sehnsucht, or nostalgia — longing for home.

Falk commands an impressive vocal instrument, and uses it completely in the service of the poetic texts. Now he’s declamatory. Now he whispers intimately to the audience. Now he floats a tone of gossamer loveliness. Now he sings with a grotesque tone (perfect for Satie’s La grenouille américaine). He’s also an actor — and a bit of a ham — who can imitate a kazoo (Satie’s Enfant-martyre) or whistle while dancing into the aisle (Satie’s Rambouillet). He has particular fun with Satie, and who wouldn’t.

Falk and Drake made an impressive duo, unanimous in their interpretation and impeccable in their ensemble. Like his baritone partner, Drake isn’t shy about producing what would normally be considered unmusical sounds when the text warrants it.

One of the hazards of vocal recitals is the audience’s need to understand what’s being sung when all the repertoire is in languages other than English. The Chamber Music Society’s solution was a bilingual program that printed German and French texts and their translations in parallel columns (some presenters project supertitles). This naturally leads listeners to bury their heads in the program book, a tendency Falk asked them to avoid, saying there’s nothing more difficult than communicating with the foreheads of a roomful of people. As expressive as Falk was, the need to know overcame one’s best intentions, and at a few points, the rustle of simultaneous page turns led to a giggle or two.

The program was a long and wordy one, but the crowd wanted more at the end. Falk and Drake gave them two encores — a cabaret song, then something very serious. After the sultriness of Chat noir, we went off into the night with Eisler’s poignant setting of Brecht’s song about the soldiers of Stalingrad lodged memorably in our ears.

END_OF_DOCUMENT_TOKEN_TO_BE_REPLACED

The strings-only work by Berg has made relatively frequent appearances on the Orchestra’s programs. In 2021, the musicians recorded it for the In Focus series, and it appeared again on last year’s European tour. Friday’s rendition maintained the group’s characteristic light and effortless playing, each section blending as much as possible to echo the work’s original form as a string quartet. At fifteen minutes total, the piece is quite short, but the dense encoded musical meanings require some extra-attentive listening. Splitting up the three movements ensured that each one could be appreciated on its own. END_OF_DOCUMENT_TOKEN_TO_BE_REPLACED