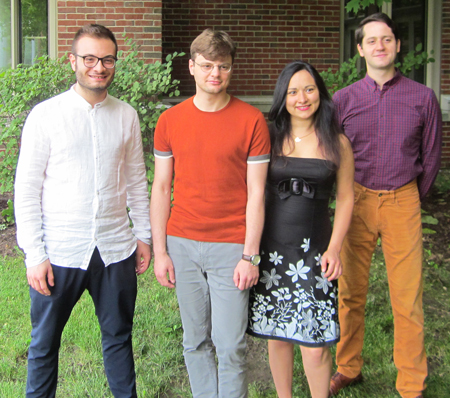 Now that the four finalists of the Cleveland International Piano Competition have completed their chamber music performances with the Escher String Quartet, we had a chance to sit down and meet them for the first time in the Case Western Reserve University dormitory where the contestants are being housed. On Friday, August 5 and Saturday, August 6 the finalists will play their concertos with The Cleveland Orchestra under the direction of Bramwell Tovey at Severance Hall. (L-R: Leonardo Colafelice, Georgy Tchaidze, Dinara Klinton, and Nikita Mndoyants).

We first spoke with Nikita Mndoyants of Russia and Leonardo Colafelice of Italy.

Mike Telin: So far, what has been the most memorable moment of the competition?

Nikita Mndoyants: For me it was playing the chamber music round. It was a pleasure to play with such great musicians. And I am really looking forward to playing with The Cleveland Orchestra.

Leonardo Colafelice: I think the most memorable moment will come when I play with The Cleveland Orchestra. But so far I feel everything has been just perfect, including the pianos. And to get to play fantastic music in the chamber music round with a great quartet was wonderful. 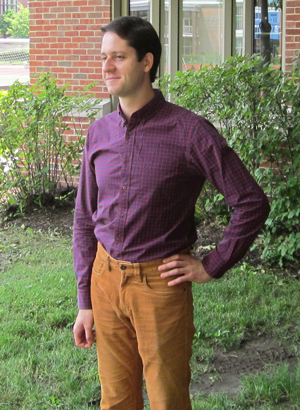 MT: Was it difficult to make the switch from solo piano to chamber music?

NM: It was maybe a little easier for me. I used to play the Brahms quintet a lot, so that helped. It was a little tricky to do the rehearsal the day of the performance, but I felt an immediate connection to the Escher Quartet. They are great and made the situation very comfortable.

LC: I love chamber music so much, especially the Schumann Quintet. But big problems happen when you don’t have good musicians. When you have musicians like the Escher Quartet, you feel like you are part of a whole.

MT: Do you come from a musical family?

LC: Yes, my father teaches score reading at the conservatory in Bari, and my mother is a bassoon player and a singer. I had a piano at home, so I just started playing when I was really little. Then at 8 years old I started to take it seriously.

MT: Why didn’t you choose to follow your mother’s musical path and play the bassoon?

LC: (Laughing) My mom told me to just try to enjoy what I was doing, and I said, well, you’re just part of the orchestra. Nobody sees or hears you, but I’m playing out in front of the audience. But that was when I was very little, and now I understand the important role the bassoon has in the orchestra. I think it has one of the most beautiful sounds.

NM: My parents are both musicians. My father teaches at the Moscow Conservatory, and in general he was my main teacher in the beginning. My mother is also a pianist, so my connection to music has deep roots.

MT: Your father also did the competition circuit.

NM: Yes, in 1977 he won fourth prize at the Cliburn. At various times I still ask him to make some final suggestions in my playing.

MT: Is it difficult to create programs that meet the CIPC’s repertoire requirements?

NM: This competition has a very smart approach to that. It’s not totally free, but it is still very flexible. You have to show different styles, like Baroque, Classical, and Romantic, but you still have the opportunity to choose a piece that is suitable for you. 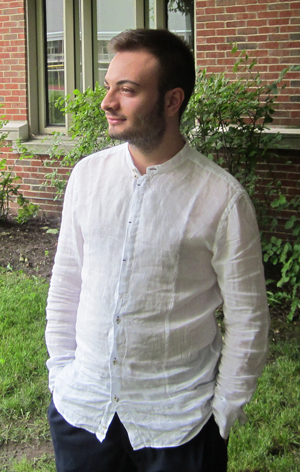 LC: I agree it’s very smart. For example, if you did not have to play Baroque music, maybe some people would not include it on their program. Here you have compulsory requirements, but you can also show off your own style.

MT: Do you have a preference for a certain style of music?

LC: I play a lot of Russian music. In this competition I played Prokofiev, Tchaikovsky, Stravinsky, and I will play the Prokofiev concerto too. I love Russian music and I feel really comfortable with it, especially Prokofiev. But I also like Beethoven and Schubert.

NM: I like playing many different styles, but I especially like to play music from the twentieth century, like Shostakovich. I also play a lot of twentieth-century chamber music, and that is very close to me. But I also like Beethoven and Brahms.

MT: How would you go about creating programming to attract new audiences?

NM: I think it’s important to program pieces that are interesting — because even if people don’t know the name of the composer, the music will touch them. So I would try to combine some famous pieces with something that I just want to share.

LC: I agree with Nikita completely. For example, when I play The Nutcracker in a concert it’s always so fantastic for the audience. You can hear them say OH! So I believe that there are some pieces that people know and enjoy. Even if they don’t know the name of a piece, they get excited when they hear it. It’s important for people to see excitement coming from the performer.

(Next up were Dinara Klinton of the Ukraine and Georgy Tchaidze of Russia.) 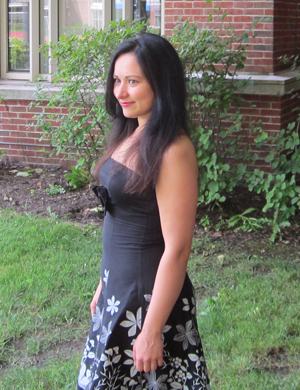 Mike Telin: What has been the most enjoyable part of the competition for you?

Dinara Klinton: The results! No, just kidding, because the most enjoyable moment happens before the competition when everybody gets together and you’re all in the same position and looking forward to something exciting. But getting to play onstage is always nice regardless of whether it’s a competition or a concert.

Georgy Tchaidze: I agree about meeting friends. I would never get to see many of these people outside of a competition.

MT: Did you enjoy the chamber music round?

DK: That was fantastic.

MT: Georgy, once the announcement of the finalists was made, in less than 24 hours you were performing the Dvořák Quintet.

GT: I know the Dvořák so I was looking forward to the joy of playing it with great musicians, and in front of a large audience. In your life as a musician, you’re playing for people, you’re not playing for the jury.

MT: Dinara, congratulations on your performance of the Brahms. Did you have a good time playing it?

DK: Absolutely. We were given two hours of rehearsal, but we finished early because they are fantastic musicians and we had a great mutual understanding of the piece. We also had some spontaneous music making onstage too, which is important. So we just let it happen.

MT: You are about to go into rehearsals with The Cleveland Orchestra for your concerto performances. And you’re both playing the Tchaikovsky concerto. Of course that’s a piece everybody knows.

DK: Yes, it’s a very transparent piece because everyone does know it. It’s a symphony for the piano and you cannot hide behind the orchestra. 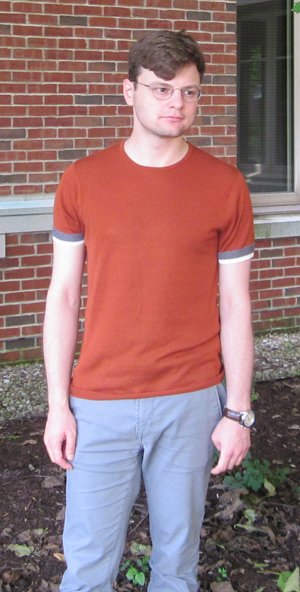 GT: My opinion of it is the same. Quite often you hear people say that the Tchaikovsky first piano concerto should be forbidden. And some people actually pretend that they don’t actually like it, but I don’t believe that.

MT: Do you come from musical families?

DK: My mother is a piano teacher. I had a piano at home and so from an early age I would stand in front of it and just press the keys — most kids love the piano as a toy. I remember my mom playing for me when I would fall to sleep. By the age of three I could hear some tunes because I have perfect pitch, although I didn’t know it at the time. I was four and a half when my mother brought me to a special music school and I had my first piano lesson.

GT: Neither of my parents are musicians, but we did have an upright piano. It’s a common tradition in Russia for kids to study music. I grew up in a very little town, and almost every kid there went to music school. Both of my parents went to music school to study piano, so it was like continuing the path for me to go there. I started on both the piano and violin, but after three years I focused only on the piano.

DK: My story is more boring! I started on the piano and just stayed there.

MT: What do you do when you’re not playing the piano?

DK: I’m now in a difficult position, because my career, earning money, and practicing are three separate full-time jobs, so I don’t really get free time.

GT: I have many passions besides music. As a normal human being, I have family duties, but I don’t separate music from family. I don’t think there is a professional life and a non-professional life. It’s all life.

END_OF_DOCUMENT_TOKEN_TO_BE_REPLACED

Rodgers & Hammerstein’s Cinderella was originally produced for television in 1957 — seven years after the animated Disney film was released — and starred Julie Andrews. According to the Rodgers & Hammerstein website, it was viewed by over 100 million people. END_OF_DOCUMENT_TOKEN_TO_BE_REPLACED

The story line has its origin in an 1855 play and an 1842 farce that Thornton Wilder mined for his 1938 play The Merchant of Yonkers. When that turned out to be a flop, in 1954 Wilder made the crucial decision to re-center the show around the character of the legendary marriage broker Dolly Gallagher Levi and renamed it The Matchmaker. END_OF_DOCUMENT_TOKEN_TO_BE_REPLACED

The Dodero Center for the Performing Arts at the Gilmore Academy in Gates Mills is one feature of an impressive campus. The auditorium is shallow, the stage is deep, and the ensemble played without a shell. Throughout the program, the sound, especially in instruments’ lower registers, tended to disappear. END_OF_DOCUMENT_TOKEN_TO_BE_REPLACED