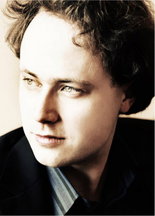 Alexander Schimpf (29, Germany) and Mateusz Borowiak (23, UK/Poland) closed out the Semifinal Round on Wednesday evening at the Cleveland Play House’s Bolton Theater — and marked the end of the Cleveland International Piano Competition’s occupancy there. The buildings have been sold to the Cleveland Clinic, and the Play House is moving to new digs in Playhouse Square.

Mr. Schimpf began with a single Debussy Prelude, moved on to one of Liszt’s Hungarian Rhapsodies and concluded with Schubert’s last Sonata. The lone Debussy Prelude (La terrasse des audiences du clair de lune from Book Two) made for a strange opening gesture and was really too brief to make much of an impression. Mr. Schimpf’s Liszt, the Hungarian Rhapsody No. 12 in c-sharp, was spirited, but not very digitally tidy (lots of nicked notes), and contrasted murky low-lying chords with crystalline Hungarian dance tunes at the treble end of the keyboard.

Schubert’s gloriously lengthy B-flat Sonata made the strongest impression, though lots of details went missing in action or were masked by other parts (bass trills and inner voices near the beginning of the first movement, swirls of sixteenth notes in the third). Though Schubert was careful to write precise pauses in the score where he wanted them, Mr. Schimpf added extra beats of his own. The second movement was too slow to support the musical line and seemed to get even slower when the main theme came around again. But like the Liszt, Mr. Schimpf’s Schubert was spirited, and his innate musicality trumped his tendency to be a bit sloppy about the little things.

The gods of randomness — contestants’ playing order is determined in a drawing — scored again in managing to schedule Mateusz Borowiak dead last in the Semifinals. Whatever eventually happens in the unpredictable world of juried competitions, Mr. Borowiak’s amazing performance tonight will be remembered for a long time. 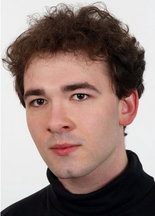 Unassuming, serious and unfettered by personal or musical quirks, Mr. Borowiak gave magisterial performances of Chopin, Schubert and Ravel tonight. Chopin’s Sonata No. 2 in b-flat, op. 35, one of that composer’s more substantial works, was a thing of strength and beauty under Mr. Borowiak’s hands. He produced an unfailingly strong, healthy sound from the Hamburg Steinway, with which he seemed to have become one in a Zen-like way. His evenness of tone and clarity of voicing was something to admire, and his rhythm was rock solid. This was most evident in the famous funeral march, where he paced the work as though he were attached to an atomic clock.

Schubert’s Impromptu in B-flat, op.132, no. 3 provided a simple, charming interlude before Ravel’s Gaspard de la Nuit. The Ravel seemed effortless and uncannily even. The second movement continued the inexorable pacing of Chopin’s Funeral March to terrific effect, and Scarbo, the third and most intractable, was remarkable for its repeated notes and inner details. Mr. Borowiak makes complete sense out of this music, while preserving all of its Gallic colors. And if he missed (or even nicked) a single note tonight, we didn’t catch it.

If I had to live in an apartment above a pianist who practiced ten hours a day, I’d want that person to be Mateusz Borowiak.

END_OF_DOCUMENT_TOKEN_TO_BE_REPLACED

Rodgers & Hammerstein’s Cinderella was originally produced for television in 1957 — seven years after the animated Disney film was released — and starred Julie Andrews. According to the Rodgers & Hammerstein website, it was viewed by over 100 million people. END_OF_DOCUMENT_TOKEN_TO_BE_REPLACED

The story line has its origin in an 1855 play and an 1842 farce that Thornton Wilder mined for his 1938 play The Merchant of Yonkers. When that turned out to be a flop, in 1954 Wilder made the crucial decision to re-center the show around the character of the legendary marriage broker Dolly Gallagher Levi and renamed it The Matchmaker. END_OF_DOCUMENT_TOKEN_TO_BE_REPLACED

The Dodero Center for the Performing Arts at the Gilmore Academy in Gates Mills is one feature of an impressive campus. The auditorium is shallow, the stage is deep, and the ensemble played without a shell. Throughout the program, the sound, especially in instruments’ lower registers, tended to disappear. END_OF_DOCUMENT_TOKEN_TO_BE_REPLACED