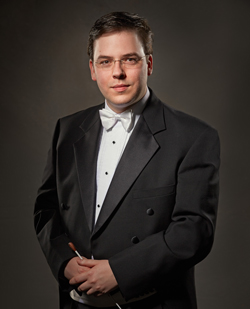 In the company of the superb Dutch violinist Simone Lamsma and an enthusiastic late-summer chorus of crickets, former assistant conductor James Feddeck returned to lead The Cleveland Orchestra on August 15 at Blossom in stellar performances of music by Carl Maria von Weber, Pyotr Tchaikovsky, and Jan Sibelius. The time-honored combination of overture, concerto, and symphony never seemed quite so right and so fresh as it did on Saturday evening.

Feddeck led off with a dashing performance of Weber’s Euryanthe Overture, as precise as it was exuberant. An exquisite, hushed middle section for the upper strings set up an expansive and noble ending.

Simone Lamsma made an indelible impression on Severance Hall audiences in May of 2014 when she replaced the ailing Janine Jansen in Benjamin Britten’s concerto — what were the odds of lining up another Dutch artist on short notice who had that piece in her fingers? The Britten work is not well-known. The Tchaikovsky is in everyone’s ears (five out of ten young violinists recently played it in the Cooper Competition concerto round at Oberlin), so it’s always interesting to hear what the next soloist will make of it.

Lamsma’s approach was delightful in every respect. Beginning with a light touch of the bow and an alluring tone, she playfully explored the elasticity of tempos in the first movement. Never treating the same phrase the same way twice, she eventually embued the opening theme at its recapitulation with a charming, wistful quality.

The first movement inspired a hearty outburst of applause from the large audience — not the smattering that can seem like a transgression of concert etiquette, but a heartfelt acknowledgement that something special had just happened. Lamsma and Feddeck responded graciously.

That feeling of ‘something special’ extended to the “Canzonetta,” the piece Tchaikovsky wrote in a single day to replace the original middle movement of the concerto. Lamsma began sotto voce, creating an environment of heightened expressivity without descending into sentimentality, and introducing a succession of wonderfully lyrical solos from solo flute and woodwinds. 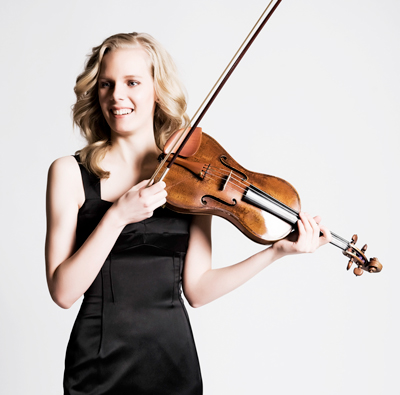 At the beginning of the finale, Lamsma created a dynamic accelerando that set up a thrilling, energetic conclusion to the concerto, leavened with malleable tempos in the slower sections that allowed the music to breathe. Unfazed by the brassy intrusion of the “Blossom Boom” (the pavilion beam that contracts noisily when the temperature cools down), Lamsma, Feddeck, and the Orchestra ended the piece with the same sense of direction, purpose, and easy virtuosity that characterized their interpretation all along the way.

After her third callback to the stage, Simone Lamsma spoke briefly and humbly to the crowd and announced an unusual encore. Usually, you expect a Bach sonata movement at this juncture, but Lamsma chose the finale (“Les furies”) of Belgian composer Eugène Ysaÿe’s second violin sonata. It’s a striking piece that quotes the medieval “Dies irae” chant, and her playing was all the more remarkable for the basso continuo of crickets that unwittingly accompanied it.

Sibelius’s fifth symphony is a wondrously strange piece of music. It begins with a panoramic scene painted by the winds and brass alone. A trumpet solo takes over, then against mystical murmurings from the strings a long, subterranean bassoon solo winds its way under the texture. What can only be described as some of the best movie music you’ve ever heard leads to a triple-meter dance and a barrage of brass.

Odder yet is the second movement, which involves multiple threads of independent musical activity, many of which intentionally clash with each other, producing vague discords and the occasional sense that something has gone wrong. Braying horns and a notable passage where brass and woodwinds play sequences over pizzicato strings bring the movement to an inconclusive conclusion that segues into the finale.

And what a strangely captivating last movement! A craggy, soaring horn theme in thirds is never far from the surface as the movement progresses, becoming one of the most pleasantly persistent earworms in classical music. Violins relieved the tension with a hushed passage, answered by roaring basses. Feddeck and the Orchestra maintained the enthralling surface tension of the music until the very end of the piece, where enigmatic rests leave great open wounds in the texture (here filled by the helpful crickets). Then suddenly it was all over with two jabbing chords.

James Feddeck was an inspiring presence at the helm of this concert, a conductor who seems to have completely incorporated the music into his inner self and knows how to release it with canny physical energy during a performance. The results spoke for themselves on Sunday evening. The performances were as vital as they were invigorating.

END_OF_DOCUMENT_TOKEN_TO_BE_REPLACED

Rodgers & Hammerstein’s Cinderella was originally produced for television in 1957 — seven years after the animated Disney film was released — and starred Julie Andrews. According to the Rodgers & Hammerstein website, it was viewed by over 100 million people. END_OF_DOCUMENT_TOKEN_TO_BE_REPLACED

The story line has its origin in an 1855 play and an 1842 farce that Thornton Wilder mined for his 1938 play The Merchant of Yonkers. When that turned out to be a flop, in 1954 Wilder made the crucial decision to re-center the show around the character of the legendary marriage broker Dolly Gallagher Levi and renamed it The Matchmaker. END_OF_DOCUMENT_TOKEN_TO_BE_REPLACED

The Dodero Center for the Performing Arts at the Gilmore Academy in Gates Mills is one feature of an impressive campus. The auditorium is shallow, the stage is deep, and the ensemble played without a shell. Throughout the program, the sound, especially in instruments’ lower registers, tended to disappear. END_OF_DOCUMENT_TOKEN_TO_BE_REPLACED