Using a Spirio, Antonio Pompa-Baldi has already recorded the solo part to Roberto Piana’s new Concerto Fantastique. That instrument will be onstage in front of the Contemporary Youth Orchestra and music director Liza Grossman, playing back Pompa-Baldi’s performance during the work’s premiere on Saturday, November 16 at 7:00 pm at Mandel Theatre on the Eastern Campus of Cuyahoga Community College. The program also includes Gustav Holst’s The Planets.

It all started with a more traditional plan: Pompa-Baldi asked Piana, his longtime collaborator, to write a concerto for him, but the pianist had also begun working with Steinway on the Spirio. By now Pompa-Baldi has recorded “hundreds of solo works,” he said in an interview last week, calling the instrument “truly amazing.”

When Piana delivered Pompa-Baldi the score, it all clicked. “I thought, what if this world premiere could also coincide with the world premiere of the use of Spirio for a live concert with orchestra?” the pianist said.

A web of connections helped bring together soloist and ensemble. Pompa-Baldi’s wife, pianist Emanuela Friscioni, is Director of the Creative Arts Academy and the Classical Piano Series at Tri-C, where the Contemporary Youth Orchestra is in residence. Friscioni told Pompa-Baldi about the Orchestra, then he read about its mission of performing contemporary music, and its reputation for taking on premieres.

“Here the technological side is also something new and innovative, so I felt this would be a perfect combination,” Pompa-Baldi said. “That’s when I approached Liza Grossman, and I was delighted that she was enthusiastically in favor of doing this.” 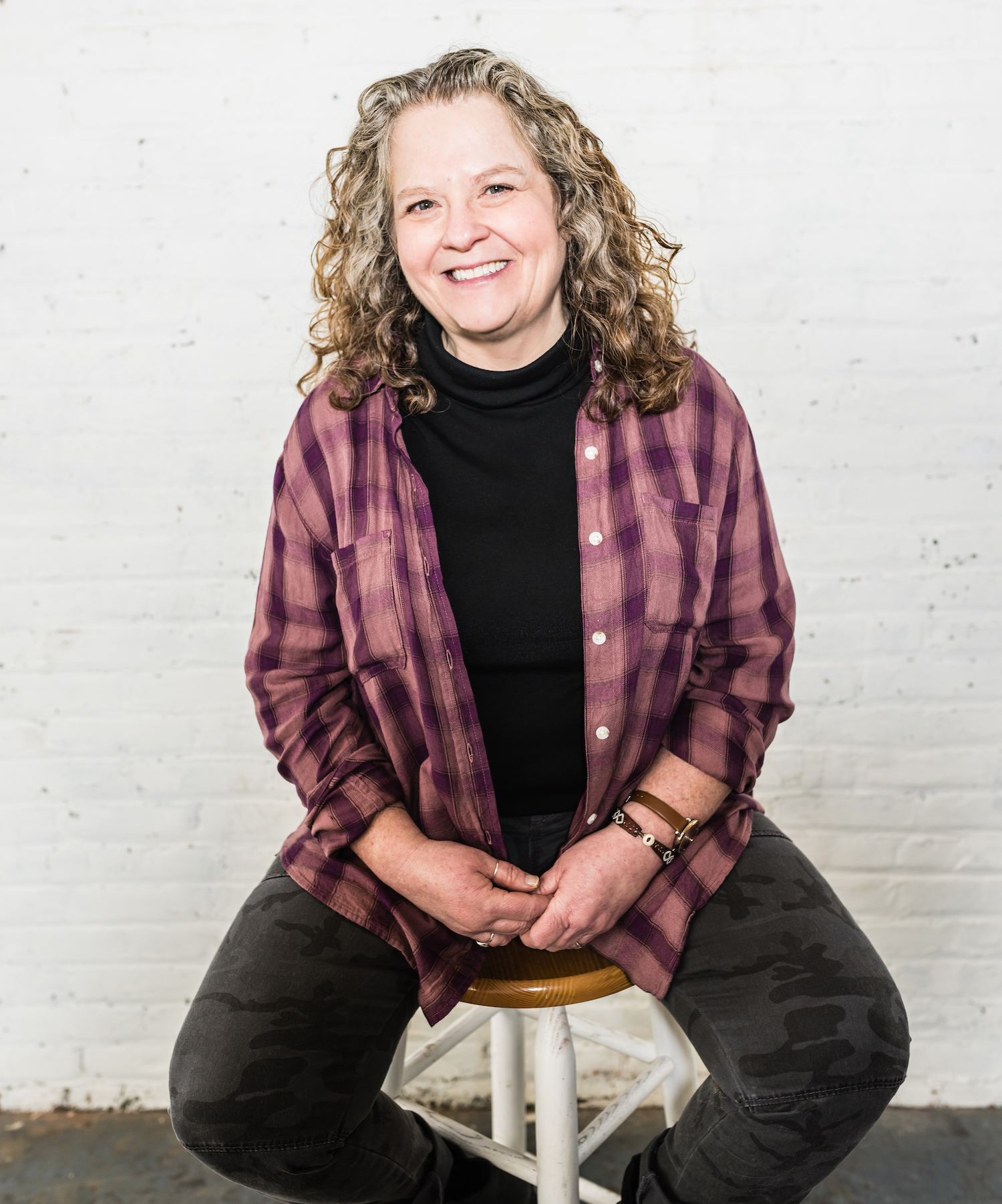 In an email, Grossman offered her take on the fit with her Contemporary Youth Orchestra. “Our musicians are part of the future of music as we prepare them for careers in the creative arts industry,” she wrote. “Partnering with Steinway and this new technology is exactly the type of experience we aspire [to bring to them.]”

Conductor and soloist can usually count on visual cues to stay on the same page. But the Spirio isn’t going to look at Grossman, or breathe with her. To make it all work, Pompa-Baldi had to make “some slight modifications” to the score, with the permission of Piana. “I mapped it out in a way that there would be a considerable degree of safety,” Pompa-Baldi said.

Grossman will have to stay in fairly strict time to coordinate the Spirio’s entrances. “There will be a little bit less spontaneity than there normally is in a live performance,” the pianist said. “At the same time, a conductor usually allows a soloist some latitude as to choices of tempi and so on, so this will not be that much different.”

Somewhat tongue-in-cheek, he also pointed out how reliable the soloist will be on Saturday. “The conductor will always know exactly what to expect.”

On this occasion, Pompa-Baldi’s duties at the piano may already be done, but that doesn’t mean he’s worry-free. “I’d never done this before, and it’s never been done before by anyone, so there is a little bit of nervousness. We have to see how this really works,” he said. He’s met with Grossman to make sure they’re “on the same wavelength,” and the first rehearsal with the Youth Orchestra is on November 12.

Though Piana will not be in town because of prior engagements, Pompa-Baldi will be at each rehearsal — and at the performance. “I will try to be of assistance in any way, shape, or form,” he said.

There’s no doubt that the Spirio is impressive, but it also raises philosophical questions about art. Pompa-Baldi, for one, has no qualms about it.

“I don’t think humans will ever be replaced as performers, even with this breakthrough technology,” he said. “There is always going to be either the physical involvement of a human, or at least the involvement at the level of rehearsing.”

He also made the point that “technology and progress can’t really be stopped,” and compared the Spirio to the development of audio recording and the patch sessions involved in “live” recordings.

“This is a finished product,” he said. “It will exist parallel to live performance and hopefully will never replace a live performance, just like CD recordings or streaming cannot replace it.” And as he pointed out, in large part this concert is still just that: a live performance by the Contemporary Youth Orchestra.

The potential for educational benefits has also crossed the pianist’s mind. “In addition to having collaborative pianists, schools might offer this technology to their students in order to rehearse,” he said. “Granted, their tempi will be set, so there will be less flexibility. But just to try out pieces with piano accompaniment, it would be a great training device.” 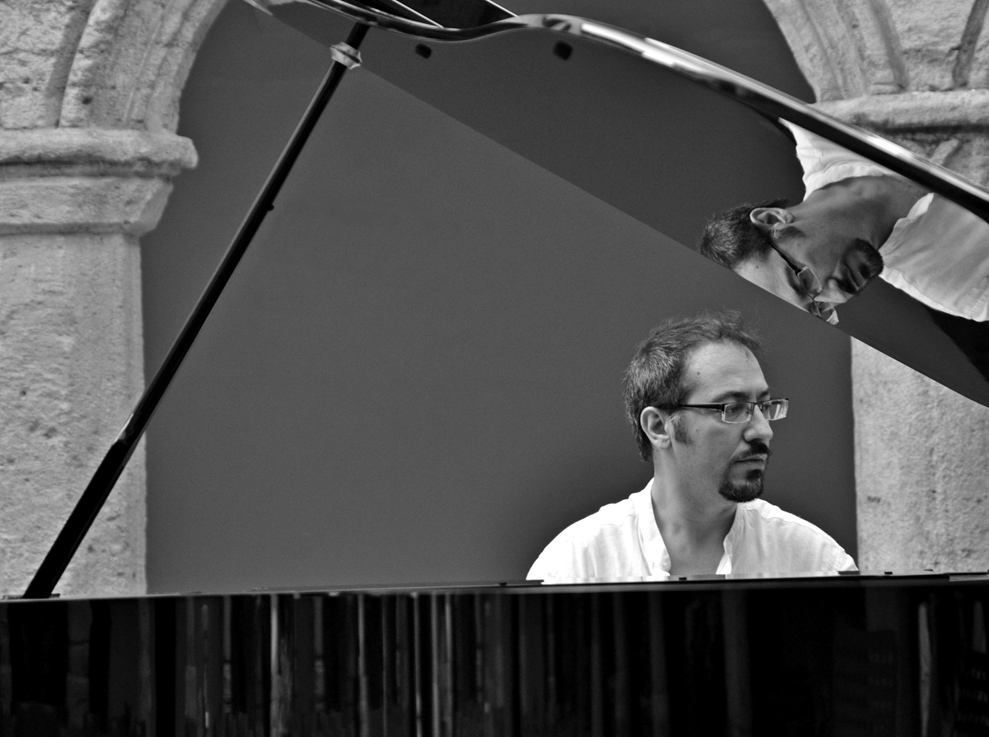 Putting aside the technology, Pompa-Baldi called Piana “a genius composer” whose style is steeped in tradition. “It’s tonal, although there are some dissonances because he has a modern language. After all, he’s a contemporary composer born in 1971.”

The Concerto Fantastique itself? “Absolutely stunningly beautiful,” Pompa-Baldi said. “The orchestration and the melodies remind me a little bit of Rachmaninoff, although in a more Italian style. And the writing for the soloist is very virtuosic — I would say it harks back to the Lisztian tradition of piano playing. Overall it’s going to be wonderful for the audience, I’m quite sure.”

The other half of Saturday’s program is devoted to Holst’s The Planets. That performance will feature a lighting display inspired by astrology and by the distinct personalities of the deities associated with these celestial bodies.

Holst wrote The Planets between 1914 and 1916, and it was premiered two years later — just over 100 years ago. “The century mark of this classical warhorse, and the alignment with the warhorse Steinway and their new technology with Spirio, feels like a nice balance of a century of artistry,” Grossman wrote.

Adding up the world premiere, the Spirio, and The Planets, Grossman is “very pleased” with how her Youth Orchestra — “100 of our area’s most daring, passionate, and forward-thinking high school musicians” — is opening its 25th season.

END_OF_DOCUMENT_TOKEN_TO_BE_REPLACED

Tower dedicated this surprisingly brief work to “women who take risks and are adventurous.” Adventurous to be sure. While the opening theme is a subtle echo of Copland’s, the CSO brass was remarkably bright, crisp and crackling in its relentless morphing of the motif into quick, layered variations, both delicate and discordant, robustly spiced with startling bursts of timpani. END_OF_DOCUMENT_TOKEN_TO_BE_REPLACED