Online applications are open until January 31 for the 66th annual Tuesday Musical Scholarship Competition, which provides support for university and college students pursuing careers as music performers and music educators. Categories include music education, brass, classical guitar, organ, piano, marimba/classical steel drum, strings, voice, and woodwinds. The adjudicated competition will be held in person on March 19 at the University of Akron, and the Final Round/Winners Concert will take place on May 15. More information is available here.

Out of an abundance of caution due to the Omicron variant, two early 2022 concerts from the Akron Symphony have been postponed until spring. “Baroque Virtuosos” has been rescheduled from January 15 to May 14 at 8:00 pm, and “Gospel Meets Symphony” will move from February 12 to June 18 at 7:30 pm (on the weekend of Juneteenth). Both events will take place at E.J. Thomas Hall. If you already had tickets, they will be honored on the new dates, or as an alternative, vouchers for other concerts are available through the Box Office.

On a related topic, The Cleveland Orchestra has updated its vaccine policy. Upon arrival at Severance Music Center, guests are now required to show proof of full COVID-19 vaccination — including a booster — along with a photo ID. Those who are unable to be vaccinated or have not received their booster dose will be required to provide proof of a negative COVID test, along with a photo ID. Masks are required at Severance at all times. Read the full Health & Safety policy here.

Eric Charnofsky’s radio show “Not Your Grandmother’s Classical Music” will be hosted remotely and without commentary throughout January, but that doesn’t mean the playlist can’t be intriguing.

Among the concerts over the past several weeks that have gone on as planned, one stands out for the extreme lengths the organizers went to in order to make it happen. That was the Philadelphia Orchestra’s performance of excerpts from Handel’s Messiah on December 22, in which the conductor and four soloists were replaced in a span of about 24 hours. Read David Patrick Stearn’s review in The Philadelphia Inquirer.

The Pittsburgh Symphony has announced an expansion of its pre-professional fellowship for Black and African American musicians, as Jeremy Reynolds reports in the Pittsburgh Post-Gazette. “The program will support four new fellows each season by the year 2025, making it one of the larger fellowship opportunities in the country.” 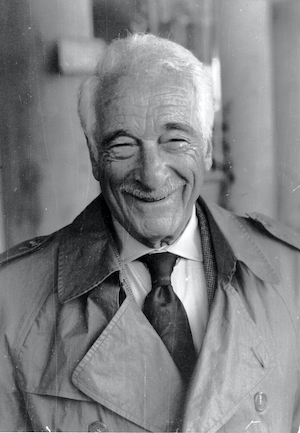 One of the most unique characters to appear in our Almanac has to be Victor Borge, the Danish-American comedian and pianist who was born on this date in 1909 in Copenhagen.

Also known as “The Clown Prince of Denmark,” “The Unmelancholy Dane,” and “The Great Dane,” Borge combined his prodigious talent at the keyboard (he received a full scholarship to the Royal Danish Academy of Music at age nine) with a sense of humor that ranged from wry and satirical to physical and slapstick.

One of his early radio acts was a regular stint on the variety program Kraft Music Hall, hired on by then-host Bing Crosby, which resulted in Borge being named Best New Radio Performer of the Year by the American press in 1942. On television, he hosted The Victor Borge Show on NBC in 1946, and on Broadway, he created and performed the one-man show Comedy in Music, which ran for 849 performances, making it by some accounts the longest running solo show in the history of theater.

Of course, credits don’t matter so much as actually watching him perform. Enjoy a 10-minute stand-up routine here, and his classic four-hands, limb-twisting performance of Liszt’s Hungarian Rhapsody No. 2 with pianist Şahan Arzruni here.

Jackson began the program with a recitation of Langston Hughes’ poem “Helen Keller” — the first of five poems by Hughes that served as interludes between each piece on the first half. END_OF_DOCUMENT_TOKEN_TO_BE_REPLACED

Pianos with pins and tape on strings, a bass drum and tam tam, crotales, Almglocken, and vibes. Microphones were hooked up all around the instruments. The feed was sent to speakers around the room. Lighting designer Nicholas Houfek hung incandescent globes over the arrangement of instruments from thin black wires stretching across the beams. END_OF_DOCUMENT_TOKEN_TO_BE_REPLACED

From the podium, Elim Chan set an ambitious tone for the evening. The rising star conductor, here in her Cleveland Orchestra debut, has a commanding style, and every twist and turn in Saturday’s performance tracked closely with her baton. END_OF_DOCUMENT_TOKEN_TO_BE_REPLACED