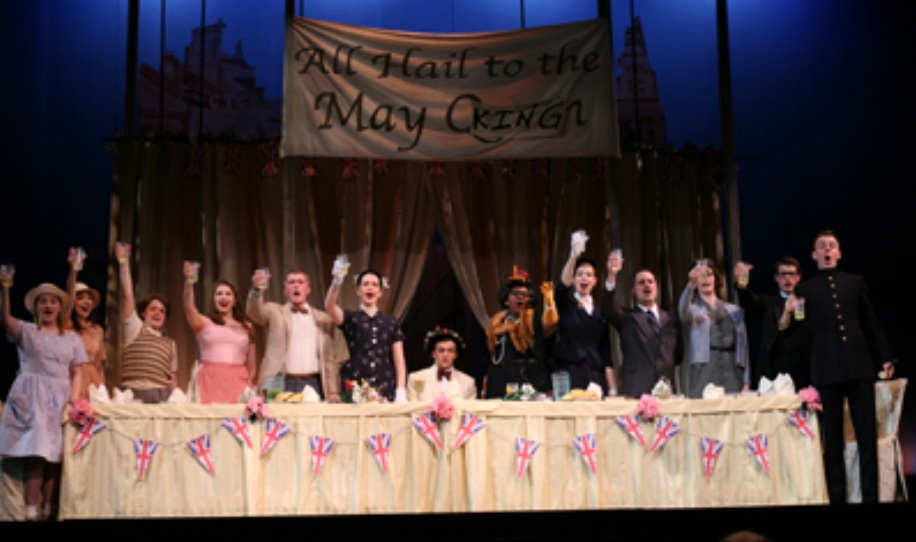 . Yesterday was Juneteenth, celebrating the end of slavery in 1865, but only established as a federal holiday in 2021 and not widely implemented until 2022. Since it falls on Sunday this year, we celebrate it on the following Monday

. Almanac: the birth of pianist André Watts in 1946, the debut of Benjamin Britten’s Albert Herring at Glyndebourne in 1947, and the first public demonstration of Columbia Records’ 33-rpm “Long Playing” discs at a press conference in New York City in 1948

Tune in to Eric Charnofsky’s “Not Your Grandmother’s Classical Music” today at 2pm for two hours’ worth of newish music, with works by Frank Martin, Joan Tower, Stephen Whittington, Zvronimir Nagy, Marin Marais, and Mark John McEncroe. (Question: which of these composers is a stowaway on a program of recent music?)

To check out live concerts happening this week in Northeast Ohio, see our Concert Listings.

The solstices and equinoxes conjure images of Druids, Stonehenge, and other mysterious subjects that had our ancestors staring into the heavens. Read “11 things you may not know about the June Solstice” here.

And Heather Cox Richardson contextualizes Juneteenth in the June 19 post on her blog, Letters from an American.

Pianist André Watts was born in Nuremberg, Germany on this date in 1946 to a Hungarian pianist mother and an American father who was serving as a non-commissioned officer in the U.S. Army. The family moved to Philadelphia when André was eight. His mother inspired him to practice with stories of Franz Liszt. By the time he turned 16, he had played concerti with the Philadelphia Orchestra at children’s concerts. His big break came when he won a competition to play with Leonard Bernstein and the New York Philharmonic on the nationally televised Young People’s Concerts. Watch a clip of the January 15, 1963 performance here. As an adult artist, Watts has frequently appeared with Gerhardt Zimmermann and the Canton Symphony.

Benjamin Britten followed his tragic opera, The Rape of Lucretia, with a comic opera, Albert Herring, scored for the same instrumental forces. It had its first performance at the idyllic summer opera site of Glyndebourne on this date in 1947, whose owner and founder, John Christie, disliked it so intensely that he greeted audience members with the disclaimer, “This isn’t our kind of thing, you know.” Ironically, the 1985 revival was one of Glyndebourne’s most successful productions.

Oberlin Opera Theater produced Britten’s comedy in March of 2014 (pictured above), directed by Jonathon Field. Read our review here, where you’ll find names of singers who have gone on to promising careers in the art form.

And on this date in 1948, Columbia Records held a press conference in New York City to introduce a new product, the 33-rpm “Long Playing” disc. Click here to watch a 1956 film about the innovative format, which reigned supreme for more than 30 years until the introduction of the digital Compact Disc, co-invented by Philips Electronics NV and the Sony Corporation in 1980. The LP is currently enjoying a resurgence as audiophiles return to analogue vinyl recordings.

With this work, premiered in 1907, Sibelius offered a bold departure from the explosive emotionalism so prevalent in late-Romantic era music. This symphony was a renewed embrace of Classicism’s purity of form and melody, and one that, oddly enough, left many initial audiences of the day somewhat bewildered. END_OF_DOCUMENT_TOKEN_TO_BE_REPLACED

After eating a Po’boy from The Dawg Bowl Cajun food truck, I caught the first half of Brian Culbertson’s show in The Connor Palace Theatre. END_OF_DOCUMENT_TOKEN_TO_BE_REPLACED