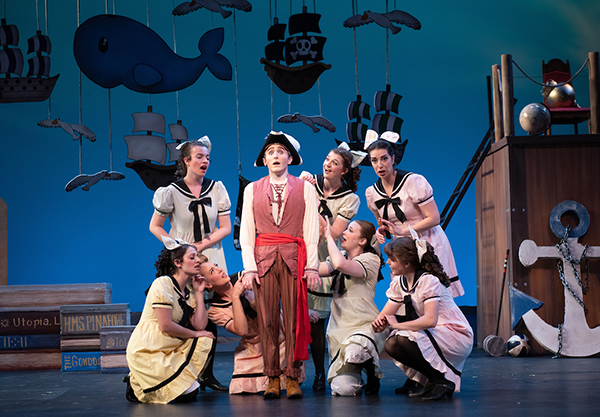 •Pirates of Penzance at Ohio Light Opera at 2:00

•On the radio: “Live at the Bop Stop” receives a national award, and Jeannette Sorrell is featured on BBC 3’s “Inside Music”

•Almanac: violinist Isaac Stern, the metronome, and a quarter-tone piano

Head to Freedlander Theatre in Wooster at 2:00 as Ohio Light Opera continues its run of Pirates of Penzance. Tickets here.

The Bop Stop’s radio show, “Live at the Bop Stop,” was named Best Innovation by a Club, Promoter, or Festival during the first national conference of the National Independent Venue Association, which was held in Cleveland from July 11-12. Broadcast in 23 markets, the show is now “the second largest syndicated live jazz radio program in the United States,” according to an article from CoolCleveland. Click here to find your local radio listing — including in Cleveland, Canton, Berea, Oberlin, and Toledo — and here to listen to the archive of extended versions, which can also be heard via podcast.

Apollo’s Fire artistic director Jeannette Sorrell was featured in BBC Radio 3’s “Inside Music” series earlier this month, curating a playlist that ranges in style from classical to folk and klezmer music, including works by J.S. Bach, Claudio Monteverdi, Beethoven, Frédéric Chopin, Béla Bartók, She’Koyokh, Henry Purcell, Rhiannon Giddens & Francesco Turrisi, Mozart, and The Wailin’ Jennys, as well as selections from the Medieval manuscript Carmina Burana. The program begins at the 3:08 mark and is available until August 9.

One virtuoso and two inventions arrive on the shores of our almanac today. 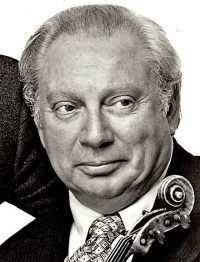 Violinist Isaac Stern was born on this date in 1920 in Kremenets, Poland (now Ukraine), though he didn’t stay there long — his family moved to San Francisco when he was only 14 months old. After making his public debut at age 15 as a soloist with the San Francisco Symphony, Stern went on to achieve great success in just about every way you can measure.

Onstage, he was a national and international presence, performing frequently in Israel, and making groundbreaking tours of China and the Soviet Union.

In the studio, he recorded a long list of famous concertos and contemporary music, in addition to dubbing the violin playing of actors in many films, including Fiddler on the Roof (1971).

His trophy case was certainly not lacking, from his Presidential Medal of Freedom, awarded by George H.W. Bush, to his six Grammys — four as a concerto soloist and two as a chamber musician.

Institutional legacy? After helping to save Carnegie Hall from demolition in the ‘60s, then serving as its first president, his name lives on through the venue’s main hall, Isaac Stern Auditorium.

Perhaps most important: how he nurtured the next generation of musicians, mentoring such violinists as Itzhak Perlman, Pinchas Zukerman, and Midori, and offering guidance to pianist Emanuel Ax and cellist Yo-Yo Ma.

On that note, listen to Stern, Ax, and Ma join forces in Shostakovich’s Piano Trio No. 2 in e, the first movement here. And in the solo realm, click here to enjoy his live performance of the Sibelius Concerto with André Prévin and the London Symphony in 1971. (One great comment on that YouTube video: “Isaac is like a ‘little bull’ — very powerful, doesn’t hold back.”)

Now for the two inventions. Financed in part by Charles Ives, a two-manual, quarter-tone piano was patented by Hans Barth on July 21, 1931. And Johann Maelzel, who developed the metronome, died on this date in 1838. One of those machines is more commonly used than the other (imagine if that were reversed?)

Barth was a noted keyboardist and composer. It’s too bad that recordings of his pieces — such as the Concerto for Quarter Tone Piano and Strings — are difficult to track down. But as a worthy consolation, here are Ives’ Three Quarter-Tone Pieces (above: a few measures from the score to No. 1), played by Alexei Lubimov and Pierre-Laurent Aimard on two pianos, one tuned a quarter-tone lower than the other.

Ives originally conceived of the first and third pieces for a single performer with a two-manual instrument such as Barth’s. In fact, Barth gave just such a performance of No. 3 at Carnegie Hall in 1930. Perhaps satisfied at having proved his mettle — and who can blame him — he opted to join with another player for the premieres of Nos. 1 and 3.