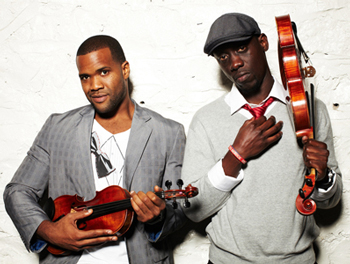 •News: Grammy nominations, and a new music director at H+H

•Almanac: Tchaikovsky’s Fifth, from its negative reception early on, to being sung by Sinatra, and being featured in an ad for cigarettes (?)

The duo Black Violin — violinist Kev Marcus and violist Wil B. (pictured), who are known for combining classical arrangements with modern beats and vocals — will visit Powers Auditorium at DeYor Performing Arts Center in Youngstown as part of their Give Thanks tour. Joining the duo will be DJ SPS and drummer Nat Stokes in this program that includes music from their two most recent releases, including holiday tunes from the album Give Thanks. Online ticket sales stay open until 4:30.

And over at Cleveland State’s Drinko Hall, as part of the Cleveland Contemporary Players Artist in Residence Series, pianist Kathleen Supové will present “The Exploding Piano.” The program of recent and commissioned works by living composers includes Randall Woolf’s A Face in the Crowd, Erin Rogers’ Constancy, inti figgis-vizueta’s a bridge between star shine and clay, Mari Kimura’s Reminiscendo, and Rahilia Hasanova’s Monad. It’s free.

The sprawling list of Grammy nominees — spanning 91 categories this year — was announced on Tuesday. Of course you can go to one of the many lists (like this one here from the LA Times), scroll almost to the bottom, and read through a block of ten well-known classical categories. But then you’d miss out on the best film scores, soundtracks, instrumental compositions, arrangements, and album notes, plus all the interesting places where the divisions of genre fail.

And Boston’s Handel and Haydn Society has named a new artistic director. English conductor, cellist, and keyboardist Jonathan Cohen — the founder and artistic director of the early music ensemble Arcangelo, and the music director of Les Violons du Roy, among other positions — will take up that role with H+H beginning in the 2023-24 season. Read the announcement here from The Violin Channel. 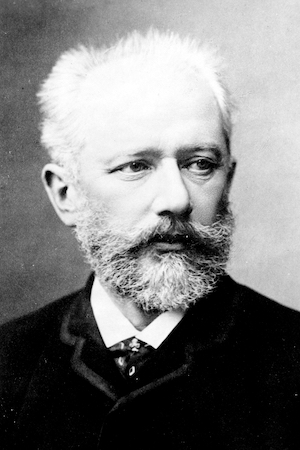 It’s always interesting to turn back the pages of history and read about the reaction to any world premiere. Particularly so when the critic — often in over-the-top form — lambasts a piece of music that in the years since has solidly entered the canon.

Perhaps the early opinion of Tchaikovsky’s Sixth Symphony — positive, and soon enthusiastic — served as some comfort to the composer after the reception of his Symphony No. 5, which premiered on this date in 1888 at the Mariinsky Theatre in Saint Petersburg, with “Tchaik” himself conducting.

Much of the criticism was saved for the finale — and reception was especially harsh in America. In the now-defunct Boston Evening Transcript, one critic wrote,

In the Finale we have all the untamed fury of the Cossack, whetting itself for deeds of atrocity, against all the sterility of the Russian steppes. The furious peroration sounds like nothing so much as a horde of demons struggling in a torrent of brandy, the music growing drunker and drunker. Pandemonium, delirium tremens, raving, and above all, noise worse confounded!

The reaction in New York?

One vainly sought for coherency and homogeneousness…The second movement showed the eccentric Russian at his best, but the Valse was a farce, a piece of musical padding, commonplace to a degree, while in the last movement, the composer’s Calmuck blood got the better of him, and slaughter, dire and bloody, swept across the storm-driven score.

(Colorful opinions are entertaining, but not so much when prejudice gets thrown into the mix. Yuck.)

Was the composer himself any more generous to himself? As he wrote early on,

Having played my Symphony twice in Petersburg and once in Prague, I have come to the conclusion that it is a failure. There is something repellent in it, some over-exaggerated color, some insincerity of fabrication which the public instinctively recognizes. It was clear to me…that the Symphony itself will never please the public.

Whether or not he was right (I happen to love the piece, though perhaps less so the finale), in this age of bravado and self-promotion, perhaps his opinion is refreshing?

There are plenty of well-known recordings — here’s The Cleveland Orchestra with George Szell on YouTube. But a more unique way to recognize the work today is to listen to references of it in popular culture.

The two most explicit examples both draw on the second movement. First, Moon Love, which puts words to the famous horn solo — sung here by Frank Sinatra. 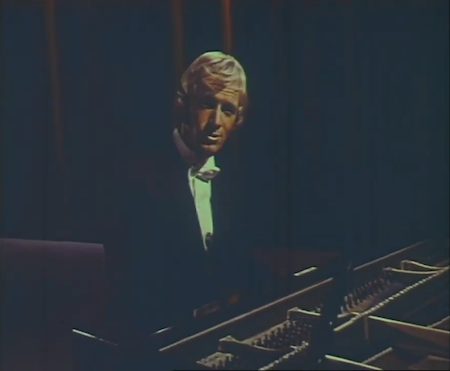 The second is bizarre: a 1970s advertisement for Winfield cigarettes featuring Australian actor-comedian Paul Hogan playing that same melody on piano, accompanied by orchestra. And now, an honest request: can someone who’s good with Australian accents please put together a transcript of what exactly he’s saying — after the opening (and obligatory) g’day?

Supported by engagingly, yet simple staging by Cara Consilvio, a well-prepared cast of singers told the archetypal story of Cinderella with charm and flair. Framing the production was  a sparse but colorful set and wonderful lighting by Dave Brooks. END_OF_DOCUMENT_TOKEN_TO_BE_REPLACED

END_OF_DOCUMENT_TOKEN_TO_BE_REPLACED

The music isn’t easy to play, either. Over the course of two hours, all of the musicians brought fantastic focus to the unrelenting tricky rhythms and countless layers of parts, all of which require a high level of individual responsibility. Even in the moments of calm, the accompaniment remains perpetually unsettled. Adams — who made a sprightly presence on the podium — combines minimalist, repeating motives in gradual layers, which eventually become so dense they overwhelm the senses. Lisa Wong deserves special mention for her thorough preparation of the Cleveland Orchestra Chorus, as does Jennifer Rozsa for the Children’s Chorus, which made a brief but memorable appearance in the last few minutes. END_OF_DOCUMENT_TOKEN_TO_BE_REPLACED