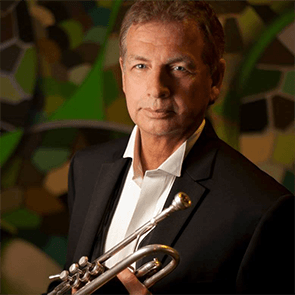 •Almanac: the salon songs of Reynaldo Hahn, the symphonies of Dmitri Shostakovich, and Giacinto Scelsi’s “autobiography in sound”

We knew that trumpeter Larry Herman was bringing friends to his performance tonight at Cain Park. We didn’t know he was bringing BBQ — in other words, his colleagues in the BlueWater Brass Quintet: trumpeter Neil Mueller, hornist Ken Wadenfuhl, trombonist David Mitchell, and tubist Ken Heinleinwill. The 7:00 pm concert is presented by the Local 4 Music Fund as part of Cain Park’s free Tuesday Evening Chamber Music Series.

Piano Cleveland’s ongoing PianoDays @CLE festival has included a recital series, social gatherings such as a trivia night, and community events. In the latter category, tonight’s free Community Showcase will feature people of all ages and skill levels who have received instruments as part of the organization’s Piano and Keyboard Donation Program. The concert will be held at 7:30 pm at Glick Recital Hall at The Music Settlement on Magnolia Drive. 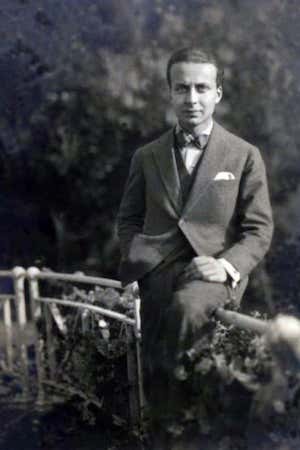 Italian composer Giacinto Scelsi passed away on August 9, 1988 in Rome, leaving behind a fascinating catalog of works that still sound quite fresh.

The most famous of those is the 1959 Quattro pezzi su una nota sola, where each movement adheres almost exclusively to a single note — F, B, Ab, and A (albeit with a healthy dose of microtonality). With those constants in the recipe, the focus turns to ingredients such as range, dynamics, and timbre. Click here to follow along with the score while you hear a performance by the Vienna Radio Symphony Orchestra, led by Peter Rundel.

In a virtual concert last year, No Exit violist James Rhodes performed the third movement of another single-note-heavy work of Scelsi’s: Xnoybis (originally for solo violin). The improvisatory nature of the work reflects what is known as Scelsi’s second period, during which time he would often record improvisations, then transcribe and orchestrate them.

Among Scelsi’s prominent collaborators were the Arditti Quartet, fellow composers John Cage and Morton Feldman, and cellist Frances-Marie Uitti, to whom Scelsi dedicated all of his music for that instrument, including La Trilogia, recorded here by Arne Deforce. Feldman described the work as Scelsi’s “autobiography in sound,” and Deforce writes that the opening is a musical testimony to untamed youth. And so: put on your leather jacket, play hooky, and listen to Scelsi use a metal mute to make the cello rattle. 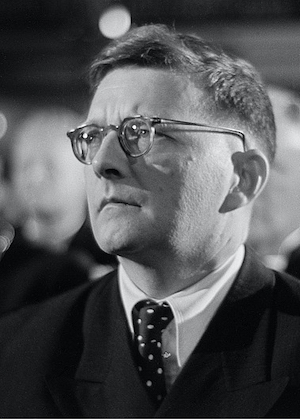 In another edition of our almanac, Daniel Hathaway honored Venezuelan-French composer, conductor, and music critic Reynaldo Hahn, who was born on August 9, 1874 in Caracas, and Russian composer Dmitri Shostakovich, who died on this date in 1975 in Moscow.

Closely associated with Marcel Proust, Hahn is best known for his salon songs. Click here to listen to Venezia, songs in the Venetian dialect sung by Matthew Polenzani with pianist Julius Drake. One of Hahn’s most-recorded pieces is A Cloris, sung here by Matthew Maisano in a 2016 Cleveland Institute of Music master’s recital, and here by Joyce DiDonato, accompanying herself from her home as part of 2019’s “Call to Unite” global initiative.

And the symphonies of Shostakovich have figured in Cleveland Orchestra programs for decades. Artur Rodzinski recorded No. 1 in 1940 (it took up eight sides of 78 records), and No. 5 in 1942 (on a monophonic LP). There’s also an interesting live performance of No. 10 from December of 1967, when George Szell passed his baton to David Oistrakh after the violinist had just played the Brahms Concerto.

The Fifth Symphony is the subject of a San Francisco Symphony “Keeping Score” episode hosted by Michael Tilson Thomas. The full-length concert performance was recorded at the BBC Proms in London’s Royal Albert Hall. Watch here.

END_OF_DOCUMENT_TOKEN_TO_BE_REPLACED

Supported by engagingly, yet simple staging by Cara Consilvio, a well-prepared cast of singers told the archetypal story of Cinderella with charm and flair. Framing the production was  a sparse but colorful set and wonderful lighting by Dave Brooks. END_OF_DOCUMENT_TOKEN_TO_BE_REPLACED