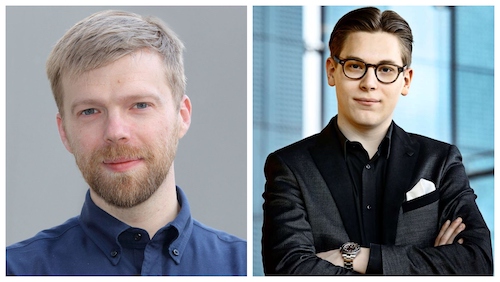 •A programming change from The Cleveland Orchestra

Yesterday afternoon, The Cleveland Orchestra announced a change to its program scheduled for February 2-5. Cellist Truls Mørk has withdrawn due to a muscle injury, so Esa-Pekka Salonen’s Cello Concerto will be replaced by Andrew Norman’s Sustain, led by previously announced guest conductor Klaus Mäkelä. The rest of the program — Debussy’s Images and Ravel’s Boléro — remains unchanged. (Pictured: Norman and Mäkelä.)

Registration is open until January 23 for the Cleveland Classical Guitar Society’s spring 2023 guitar orchestras. Those include one ensemble aimed at advanced guitarists, and another for beginner-to-intermediate players. Rehearsals begin in late February. More information here. 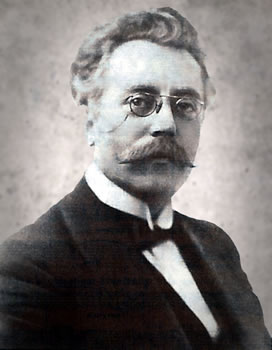 English composer Frank Bridge, who died on this date in 1941 at the age of 61, covered a wide breadth of style over the course of his career.

In his early thirties, he wrote what has become one of his most famous pieces: the impressionistic tone poem The Sea (1911). That work has served as an introduction to Bridge’s music for many a listener, including his future student Benjamin Britten, who was “knocked sideways” by it on first listen. (Another interesting note: Bridge himself conducted the U.S. premiere — played by none other than The Cleveland Orchestra.)

Click here to watch a performance from last year by the Frankfurt Radio Symphony, led by Alain Altinoglu.

Here’s a recording by the Maggini Quartet.

That difference in style is exciting to hear, although it also led to some exasperation on the part of the composer himself, who found his later works to be all-too-often ignored in favor of his earlier music.

Perhaps it’s only natural to categorize as a way to try to understand the world. But next time you have the urge to create a little box in your mind for some composer’s music to occupy — something that I’ve certainly been guilty of before — try to give a listen to all different periods of their career. That box might just turn out to be a little less neat and tidy than you imagined.