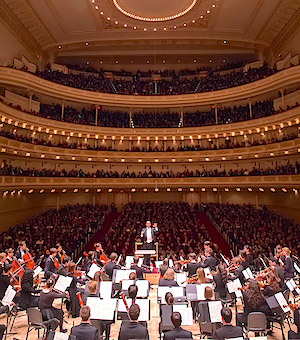 “The awards recognize individuals and organizations for their extraordinary service to the Greater Cleveland area, reflecting the spirit of Dr. King’s work and teachings,” the Orchestra announced in a press release. “These three recipients showed a commitment to social justice, diversity, and inclusion, and demonstrated leadership in community building.”

Several important composers were born on this date in music history. 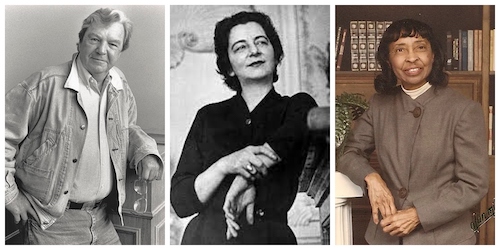 A good place to begin is with Donald Erb. Winner of the 1992 Rome Prize, among many honors, Erb was also at the center of a web of local connections: he was born in Youngstown on this date in 1927, graduated from Lakewood High School, went on to study at Kent State and CIM, and taught at both Bowling Green and CIM, where he led the school’s composition department for many years.

Continuing locally, his 1993 Evensong was commissioned by Christoph von Dohnanyi for the 75th anniversary of The Cleveland Orchestra. Click here to listen to a performance by the CIM Orchestra under guest conductor Steven Smith.

Next up is Polish composer and violinist Grażyna Bacewicz, who died on this date in 1969. Both of her main musical interests were on display when she was concertmaster of the Polish Radio Orchestra, where she not only was featured as soloist but also had the opportunity to hear her own works performed — from a pretty good seat, to boot.

Composition became her primary focus after injuries suffered from a car accident — and after a series of awards and commissions pushed her further in that direction. One of her many works to receive major honors was the Concerto for String Orchestra, which you can listen to here in a performance from 2020 by the Frankfurt Radio Symphony, led by Ruth Reinhardt.

Back to local connections: Zenobia Powell Perry, who died on this date in 2004, had a long career in education, including on the faculty and as composer-in-residence at Central State University in Wilberforce, where she taught for over 25 years. Like Bacewicz, she put her energy more fully into composition fairly late in life, in her forties — only a few years before beginning to teach at CSU. Perry was also active in the civil rights movement, becoming a member of the NAACP in 1962.

We began today’s almanac with Erb’s work in honor of The Cleveland Orchestra, and we’ll end with Perry’s work based on a piece of Wilberforce history: the opera Tawawa House, named after a hotel that was part of the Underground Railroad. It was premiered at CSU in 1987 before being revived in 2014 in Modesto, California. Watch a documentary here, and a 2019 performance here by The Sankofa Theater Company in Modesto.