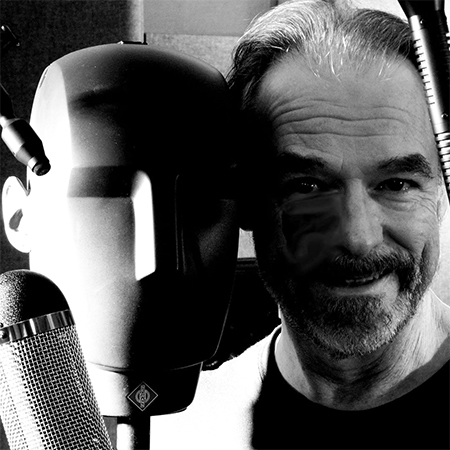 News has reached us of the death of Telarc and 5/4 Productions recording engineer Michael Bishop in an accident on March 29. Details and tributes to follow.

A well written guest obituary by Alex Vadukul in today’s New York Times profiles old-style oboe craftsman Paul Laubin, who died at his workbench in Peekskill, New York on March 1. “One of the last true artisans of the oboe, he made each of his instruments by hand, and the waiting list for a new Laubin could extend a decade.”

Compiling the Almanac portion of the Daily Diary begins with a search for noteworthy events that happened on the date in question in classical music history. Sometimes there’s a mighty list of composers, conductors, and artists to sift through, and on other occasions like today, March 30, there’s next to nothing of import to write about — except the founding of Boston’s Handel and Haydn Society in 1815.

Or so our usual go-to source for historical dates told us. Wanting to be accurate and thorough, we always check out dates before setting electrons in motion and choosing music to celebrate milestones.

So we were surprised to read on bach-cantatas.com that “The Handel and Haydn Society was founded as an oratorio society in Boston on April 20, 1815, by Gottlieb Graupner, Thomas Smith Webb, Amasa Winchester, and Matthew S. Parker, a group of Boston merchants and musicians who were eager to improve the performance of choral music in a city that, at the time, offered very little music of any kind.”

Pressing the search further, we learned from a New York Times article marking the 200th anniversary of the Society, that “The society was born from the peace festivities after news reached Boston of the end of the War of 1812, when musicians presented highlights from “The Creation” and Handel’s “Messiah.” After newspaper correspondents wrote of a need to hear more European works, a group of 44 amateur choristers and instrumentalists formed the Handel and Haydn Society, on April 13, 1815.”

Then there’s this notice from the City of Boston: “The exhibition The Handel and Haydn Society: Bringing Music to Life for 200 Years opens at the Boston Public Library’s Central Library in Copley Square in the Cheverus Room on Tuesday, March 24, and runs through Saturday, September 5….The opening date of the exhibition coincides with the 200th anniversary of H+H’s founding and “Handel and Haydn Society Day” in the City of Boston.”

Well, if you’re over 200 years old, what do those few days’ difference matter? We’ll just pretend it’s H+H’s 206th Birthday and list some interesting facts about the organization.

• The Society, the oldest continuously performing organization in the U.S., made its debut on Christmas Night of 1815, when a chorus of 90 men and 10 women sang at King’s Chapel.

• The Society saw the first American edition of Handel’s Messiah into print in 1816, and gave the U.S. premiere of the work in 1818, followed by Haydn’s The Creation in 1819.

• The organization sought to commission a work from Beethoven around 1823, but the project never came to fruition.

• Fast forwarding, Handel and Haydn underwent a sea change in the 20th century when it began adopting historically informed performance practices under Thomas Dunn at the behest of Boston Globe critic Michael Steinberg, and Christopher Hogwood transformed it into a professional chorus and period instrument ensemble beginning in 1986.

Check our H+H’s COV-19 Era Messiah for Our Time (Part I and Hallelujah Chorus), led by Ian Watson, to see how a 200+ year old organization adapts to new realities. There are 183 other videos on the organization’s YouTube channel to enjoy as well.

For its latest In Focus episode, “Visions and Impressions,” The Cleveland Orchestra makes a gesture in the direction of welcoming winds back into the action, although principal flute Joshua Smith’s contribution to the event comes in the form of two unaccompanied pieces that leave him looking very lonely on the Severance Hall stage. END_OF_DOCUMENT_TOKEN_TO_BE_REPLACED

LD’s artistic director Debra Nagy introduces the hour-long program with a discourse on the importance of the garden and its centerpiece, the fountain, for artists and musicians of the 14th century. Later in the program, Blue Heron artistic director Scott Metcalfe expands on the subject by exploring the Trinitarian metaphor behind that bubbling source of water in the Medieval mind. END_OF_DOCUMENT_TOKEN_TO_BE_REPLACED

END_OF_DOCUMENT_TOKEN_TO_BE_REPLACED

The latest program, which visits the ghetto and palace at Mantua and the ghetto and church at Venice, uses expressive instrumental music by Salamone Rossi, Giuseppe Sammartini, Antonio Vivaldi, and Alessandro Marcello, two of Benedetto Marcello’s 50 psalm settings, and Hebrew prayers and songs associated with Passover and Purim to evoke the rich cultural life of those towns. END_OF_DOCUMENT_TOKEN_TO_BE_REPLACED