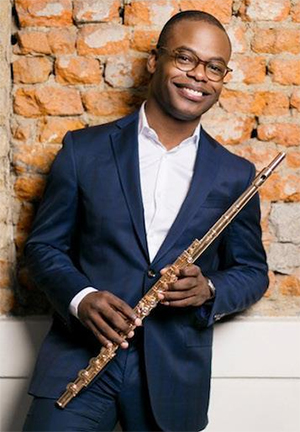 Two concerts from the Ohio Light Opera are on today’s calendar. The 2:00 pm performance of the comic opera Trial by Jury is sold out, but you can reserve $20 tickets here for the 8:30 pm live stream of The Daring of Diane (American premiere of the Viennese operetta).

Other events today include the Stars in the Classics Summer Garden Concert, “From Beethoven to Bernstein,” at 6:30 pm in a garden in Orange Village. This performance is sold out, but you can order tickets here for the second concert on July 24. And at 7:00 pm, Dominico Boyagian will conduct the Suburban Symphony in a program of Rossini, Schubert, and Dvořák. This concert comes with a freewill offering and will take place on the lawn of the Church of the Western Reserve.

Oberlin Conservatory has published an obituary for Richard Hoffman, professor of composition emeritus, who died June 24 at the age of 96. A native of Vienna, Hoffman worked as Arnold Schoenberg’s secretary, then became an assistant professor of composition and music theory at Oberlin in 1954 and remained there for 50 years — tied for the longest tenure in the Conservatory’s history. Read the obituary by Erich Burnett here.

The Birmingham Opera Company has also announced a recent death — artistic director Sir Graham Vick died on July 17 from Covid complications at the age of 67. Vick founded the Company in 1987, which has become well-known for its community engagement programs focused on non-traditional opera audiences. Read the obituary in The Guardian here.

One virtuoso and two inventions arrive on the shores of our almanac today. 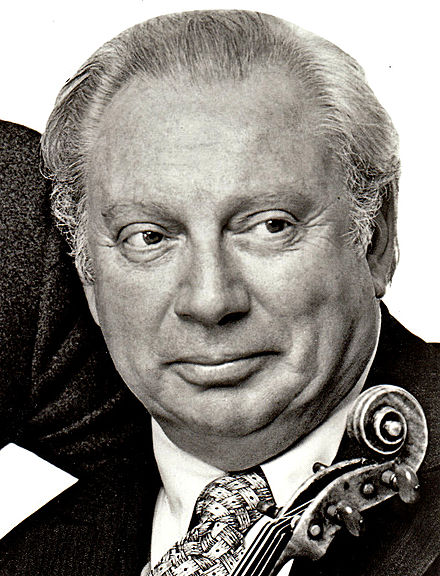 Violinist Isaac Stern was born on this date in 1920 in Kremenets, Poland (now Ukraine), though he didn’t stay there long — his family moved to San Francisco when he was only 14 months old. After making his public debut at age 15 as a soloist with the San Francisco Symphony, Stern went on to achieve great success in just about every way you can measure.

Onstage, he was a national and international presence, performing frequently in Israel, and making groundbreaking tours of China and the Soviet Union.

In the studio, he recorded a long list of famous concertos and contemporary music, in addition to dubbing the violin playing of actors in many films, including Fiddler on the Roof (1971).

His trophy case was certainly not lacking, from his Presidential Medal of Freedom, awarded by George H.W. Bush, to his six Grammys — four as a concerto soloist and two as a chamber musician.

Institutional legacy? No question about that. After helping to save Carnegie Hall from demolition in the ‘60s, then serving as its first president, his name lives on through the venue’s main hall, Isaac Stern Auditorium.

Perhaps most important: how he nurtured the next generation of musicians, mentoring such violinists as Itzhak Perlman, Pinchas Zukerman, and Midori, and offering guidance to pianist Emanuel Ax and cellist Yo-Yo Ma.

On that note, listen to Stern, Ax, and Ma join forces in Shostakovich’s Piano Trio No. 2 in e, the first movement here. And in the solo realm, click here to enjoy his live performance of the Sibelius Concerto with André Prévin and the London Symphony in 1971. (Two comments on the YouTube video that I’ll steal here: “What fire in the belly!” and “Isaac is like a ‘little bull’ — very powerful, doesn’t hold back.”)

Now for the two inventions. Financed in part by Charles Ives, a two-manual, quarter-tone piano was patented by Hans Barth on July 21, 1931. And Johann Maelzel, who developed the metronome, died on this date in 1838. One of those machines is more common than the other — but imagine if that were reversed?

Barth was a noted keyboardist and composer. It’s too bad that recordings of his pieces — such as the Concerto for Quarter Tone Piano and Strings — are difficult to track down. But as a worthy consolation, here are Ives’ Three Quarter-Tone Pieces (screenshot above from No. 1), played by Alexei Lubimov and Pierre-Laurent Aimard on two pianos, one tuned a quarter-tone lower than the other.

Ives originally conceived of the first and third pieces for a single performer with a two-manual instrument such as Barth’s. In fact, Barth gave just such a performance of No. 3 at Carnegie Hall in 1930. But he joined with another player for the premieres of Nos. 1 and 3 — a fact which can only inspire a comment of the utmost intelligence and humility:

END_OF_DOCUMENT_TOKEN_TO_BE_REPLACED

What was that strange din coming over the live feed from Ludwig Recital Hall on Friday evening, July 23, as the Miami String Quartet filed onstage to play the third faculty recital of the Kent Blossom Music Festival? Accustomed as we were during the pandemic ban on live audiences to hearing the sound of no hands clapping, it was both startling and thrilling to witness a large crowd putting their hands together to welcome one of the Festival’s perennial favorites back for an in-person performance. END_OF_DOCUMENT_TOKEN_TO_BE_REPLACED

Practical reasons aside, there aren’t many ensembles who can put together an all-Mozart evening as elegantly as The Cleveland Orchestra. END_OF_DOCUMENT_TOKEN_TO_BE_REPLACED