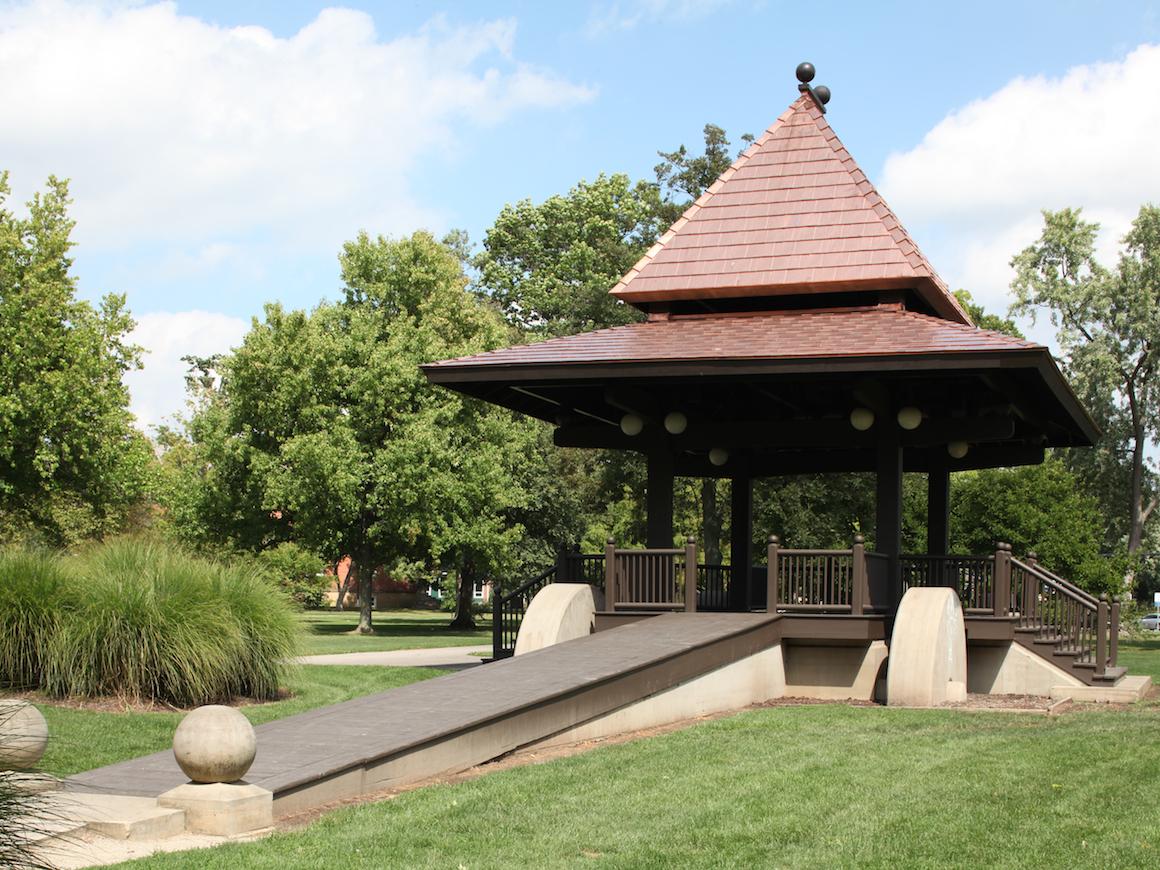 As the weather improves (despite a few backslides into winter), outdoor concerts are beginning to appear. Among them this weekend, Oberlin’s Small Jazz Ensembles performing from the bandstand in Tappan Square (pictured), and Dana School of Music brass ensembles playing from a parking garage on the Youngstown State campus. Online, Oberlin also presents ChamberFest, a new episode of Stage Left, and a TIMARA concert. 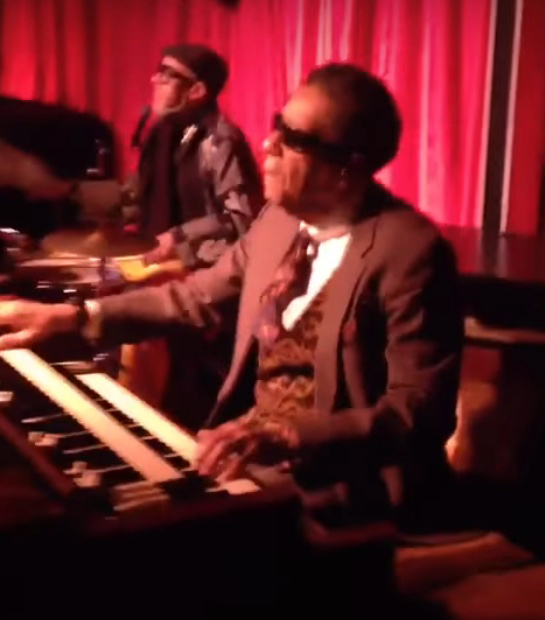 The anniversaries of a patent, two births and two deaths figure in this weekend’s agenda.

Chicago inventor Laurens Hammond filed a patent on April 24, 1934 for a new electric organ, an event that produced consequences he couldn’t have imagined at the time. The Hammond Organ was meant to provide a less expensive option than the pipe organ for churches, but especially in its eventual configuration as Hammond’s Model B-3 (introduced in 1954 and outfitted with rotating Leslie speakers and harmonic percussion effects), was enthusiastically embraced by jazz and gospel musicians.

Ethel Smith was an early adopter — she advertised herself as “The Queen of the Hammond Organ” and became famous for her arrangements of tunes like Tico Tico (featured in the 1944 film Bathing Beauty).

Other artists like Booker T. Jones (appearing here on an NPR Tiny Desk Concert), Eddie Baccus (performing here on the 2011 Tri-C Organ Summit, and pictured), and Joey DeFranceco (featured here at BluJazz in Akron) added to the B-3 legacy.

The newest B-3 artist to appear on the Cleveland scene was still in his teens when he performed at Tri-C JazzFest in 2019. Listen to the phenomenal Matthew Whitaker performing with his combo at a jazz festival in Bremen. Germany,.

On April 24, 1948, Mexican composer and guitarist Manuel Maria Ponce died in the Federal Capital. His music for piano and for guitar frequently takes its inspiration from folkloric traditions. Edel Muñoz included his Sonatina Edel Meridional on his recent program for the Cleveland Classical Guitar Society (watch here at 35:27), and Petra Poláčková performs his Sonata III on a Guitars International recording.

On April 24, 1964, American composer Augusta Read Thomas was born in New York City. Married to another celebrated composer, Bernard Rands, Thomas has long been associated with the University of Chicago and with the musical life of the Windy City. Watch an interview with Thomas here in connection with Bowling Green State University’s 41st New Music Festival.

George Sakakeeny plays her Bassoon Sonatina with Tim Weiss and the Oberlin Contemporary Music Ensemble on the Oberlin Music album Full Moon in the City, and violinist Laura Russell is featured in a recording of her Spirit Musings on the album New American Soloists with Edwin London and the Cleveland Chamber Symphony.

On April 25, 1861, Italian composer Marco Enrico Bossi was born in Salò (he died while crossing the Atlantic in 1925, returning from an organ concert tour to New York and Philadelphia). While serving as director of conservatories in Venice, Bologna, and Rome, he found time to write some 150 compositions, including this Concerto in a for organ, string orchestra, horns and timpani.

You can also hear him play — from beyond the grave — his much-performed Scherzo for organ, thanks to an Aeolian player roll he recorded in 1925.

Finally, on April 25, 1906, New England composer John Knowles Paine died in Cambridge, MA, where he had been appointed Harvard’s first University Organist and Choirmaster at Harvard in 1861. and later, America’s first Professor of Music. A member of the “Boston Six” along with Amy Beach, Arthur Foote, Edward MacDowell, George Chadwick, and Horatio Parker, he was a popular guest conductor of the Boston Symphony.

For a taste of America’s musical styles of the time, listen to his 1861 Concert Variations on “The Star-Spangled Banner.” for solo organ, played by Andrew Meagher. Or to his Symphony No. 2 in A (“Im frühling”) from 1879 with the New York Philharmonic under Zubin Mehta. Or to his celebrated Mass in d from 1860 in a recording by Gunther Schuller with the St. Louis Chorus and Symphony (former CIM voice professor Vinson Cole is among the soloists).