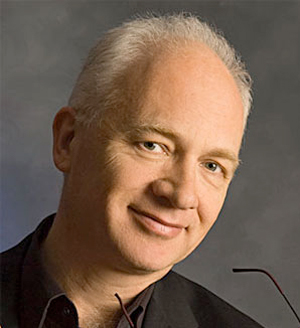 On Saturday, CityMusic Cleveland repeats its “Tales and Scenes” program featuring Pantheon at St. Jerome at 7 pm, the UA Wind Symphony performs in Guzzetta Recital Hall in Akron at 7:30 pm, and Cleveland Pops features trumpeter and vocalist Byron Stripling in Mandel Hall at Severance (for which you’ll need tickets).

On Sunday at 3, the Cleveland Cello Society will showcase its current scholarship winners in an online only, live performance from the Bop Stop. Read more about those magnificent seven in our Concert Listings.

British-born violist Roger Tapping succumbed to cancer on January 20 in New York at the age of 61. Known to Cleveland Chamber Music Society audiences as a member of the Takács Quartet from 1995 to 2013, and then the Juilliard Quartet, he also held a number of orchestral positions including principal viola with the London Mozart Players, as well as serving as a member of the English Chamber Orchestra, and a founding member of the Chamber Orchestra of Europe. A dedicated teacher, he served on the faculties of the Juilliard School, New England Conservatory, Longy School, and Boston Conservatory, as well as the Royal Academy of Music and Guildhall School of Music and Drama in London.

Tapping’s charming personality comes through clearly in an interview I did with him before a Cleveland Chamber Music Society performance by the Juilliard Quartet in November, 2014.

While it’s amusing to note the anniversary this weekend of Wolfgang and Nannerl Mozart’s recovery from intestinal flu just in time for a performance in The Hague in 1766, and bizarre to recall the death of American composer Marc Blitzstein from brain injuries in a barroom fight in Fort-deFrance, Martinique in 1964, two opera premieres and an historic concert featuring Black musicians make it to the front of the pack.

On January 22, 1907, Richard Strauss’s opera Salome received its U.S. premiere at the Metropolitan Opera in New York, followed by its cancellation after a single performance and subsequent absence from the stage of the Met until 1930.

As an article in the Met archives sums it up, “No opera premiere in Met history has created a scandal to equal the one that greeted Richard Strauss’s Salome on January 22, 1907.” Read all about it — and the opera’s later history with the company here.

On January 22, 1934, Dmitri Shostakovich’s opera Lady Macbeth of the Mtsensk District opened in Leningrad at the Maly Operny, where Cleveland Orchestra music director Artur Rodzinski saw the production several times and vowed to bring it to the recently completed Severance Hall. Cleveland audiences first enjoyed it there on January 31, 1935, but not without some troubles along the way — and more to come.

As related in the Cleveland Orchestra archives article “A Martyred Opera” Comes to Cleveland,

Aided by Ambassador William Christian Bullitt, Rodzinski secured the rights to the score, only to have it confiscated upon leaving the country when a border patrol agent confused its stage sketches for battle plans. After hours of negotiation, Rodzinski was permitted to leave with the manuscript in hand and the opera premiered in the season that followed.”

Lady Macbeth proved very popular both in Cleveland and elsewhere. As an NPR article by Bruce Scott noted,

Based on a lurid story, it combined vivid and exciting music with graphic violence and sexuality — and it was an instant hit. Over the next two years, it was performed almost 200 times in Leningrad and Moscow, and was produced on stages from London to New York to Argentina. Early in 1936, three different productions of the opera were being staged in Moscow alone.

But that popularity seems only to have contributed to the opera’s censure by the Stalinist authorities back home, which began when Stalin himself left the theater before the end of the performance. The Cleveland Orchestra Archives article continues:

Within two years of the fateful Leningrad premiere, power to censure was consolidated to the Central Committee; and Shostakovich’s opera was officially proscribed…In the United States, however, it enjoyed widespread popularity as the symbol of artistic beauty born of socio-political hardship. Whether it was this very quality that saw to its silencing at the hands of U.S.S.R. leaders cannot be answered with certainty. In any case, The Cleveland Orchestra had introduced a work that could not be contained to any time, place, or ideology.

Watch the opera in a 2011 performance in Riga by the Latvian National Opera conducted by Martins Ozolins.

The third event was a concert at New York’s Madison Square Garden on January 23, 1894 organized by impresario Jeannette Meyer Thurber, Founder and President of the National Conservatory of Music of America,

featuring the Conservatory’s approximately 50-member student orchestra under the direction of [Antonín] Dvořák, accompanied by an all-Black, 130-person choir and soloists Sissieretta Jones, a professional soprano who broke color barriers, and student baritone Harry Burleigh. One of Dvořák’s talented composition students, Maurice Arnold, of African American heritage, was invited to conduct his own work, comprising a series of four American Plantation Dances. The overflowing audience included members of the African American community as well as New York society, and the Herald’s extensive illustrated coverage captured the excitement of the occasion.

The event was the harbinger of much to come and the Women’s Loyal Union, which co-sponsored the concert, expressed deep gratitude to Thurber for her vision in a letter that ended “with the hopeful assertion: ‘We believe if one life shines, the next one to it will catch the light.”

The cimbalom was the feature of the show, an instrument capable of taking on many personas. Its performer, Chester Englander, has shaped his career around the instrument, and has inspired composers to write more repertoire for it, some of which was presented on the program. END_OF_DOCUMENT_TOKEN_TO_BE_REPLACED

You wouldn’t expect that acoustic from a glance at the nave, which is wide and long, but not especially lofty. But when I guest conducted a local amateur choir and professional orchestra in Beethoven’s Mass in C there a few years back, during the first rehearsal we released the final chord of the “Gloria” and listened in astonishment for the next several seconds. The sound continued to roll down the space like the big wave that surfers dream about. END_OF_DOCUMENT_TOKEN_TO_BE_REPLACED