THIS WEEKEND ONLINE AND ON THE RADIO: 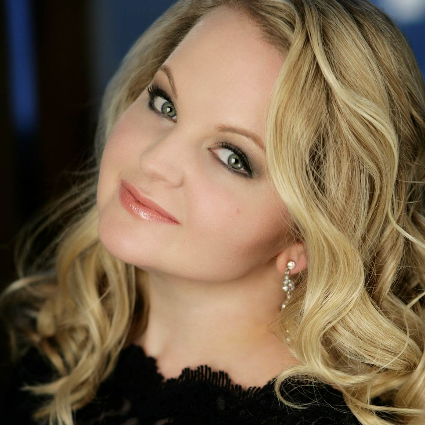 It’s all nostalgia from the past this weekend, as organizations tap their archives for pre-pandemic performances, featuring singers with Northeast Ohio connections. Saturday’s streams and broadcasts come from Ohio Light Opera, the Cleveland Classical Guitar Society (a look back at educational projects), the MET Opera (Madama Butterfly starring Oberlin grad Elizabeth DeShong, left), and The Cleveland Orchestra performing Haydn’s Harmoniemesse.

Violinist Ida Haendel died on July 1 in her 90’s in Florida, and was remembered in a New York Times obituary by Corinna da Fonseca-Wollheim published on July 8. Praised by the composer for her interpretation of the Sibelius concerto, she also championed works by Benjamin Britten and William Walton. Click here to watch her play the Sibelius with the Montréal Symphony in 1981.

Helmsing Associates has alerted us to a recent Wall Street Journal article by organist Paul Jacobs about the organ concertos of George Frideric Handel. Jacobs is featured in the third of the Cleveland Orchestra’s A New Century CDs in the world premiere recording of Okeanos, Bernd Richard Deutsch’s concerto for organ. Read Jacob’s thoughts on Handel here (WSJ subscribers can click through to the original article).

Anton Arensky, Russian composer, conductor, and professor (who taught Scriabin, Rachmaninoff and Gretchaninov) was born either on July 11 or 12 of 1861 in Novgorod. His best work is said to be his chamber music. Click here to watch a performance of his Piano Trio No. 1 by Justin Woo, Bryant Gozali, and Aileen Gozali, of CIM’s Advanced Trio Program at the 2014 final concert.

Swedish-American conductor Herbert Blomstedt was born on July 11, 1927 in Springfield, Massachusetts. Blomstedt made his most recent guest appearance with The Cleveland Orchestra in late February with Bruckner’s Fifth Symphony. The year before, he had some high praise for the Orchestra in a preview of his Mendelssohn and Beethoven performance. Watch here.

On this date in 1937, American composer George Gershwin died of a brain tumor in Beverly Hills, California, at the age of 38. He’s most famous for his opera, Porgy and Bess, and his Rhapsody in Blue. Click here to hear the 1924 Victor Talking Machine Co. recording of the original version of the Rhapsody with the composer at the piano. The piece was edited to fit onto two 78-rpm discs. Follow the link to part two.

And on July 12, 1885, English composer and folksong collector George Butterworth was born in London. He was killed in France during the battle of Pozières in August, 1916. Learn about his brief career in the documentary All My Life’s Buried Here, and listen to baritone Roderick Williams sing his luminous song cycle, Six Songs from a Shropshire Lad at the BBC Proms in 2014 here.

END_OF_DOCUMENT_TOKEN_TO_BE_REPLACED

What was that strange din coming over the live feed from Ludwig Recital Hall on Friday evening, July 23, as the Miami String Quartet filed onstage to play the third faculty recital of the Kent Blossom Music Festival? Accustomed as we were during the pandemic ban on live audiences to hearing the sound of no hands clapping, it was both startling and thrilling to witness a large crowd putting their hands together to welcome one of the Festival’s perennial favorites back for an in-person performance. END_OF_DOCUMENT_TOKEN_TO_BE_REPLACED

Practical reasons aside, there aren’t many ensembles who can put together an all-Mozart evening as elegantly as The Cleveland Orchestra. END_OF_DOCUMENT_TOKEN_TO_BE_REPLACED