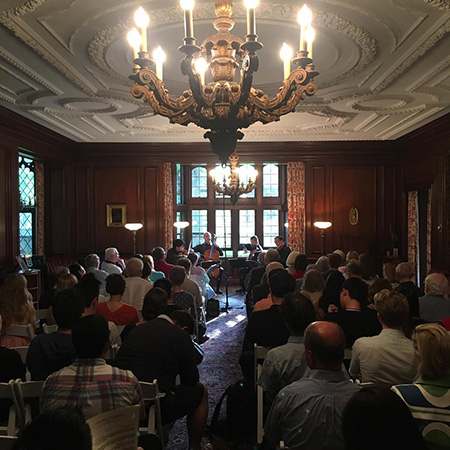 From the first note of the Mozart, the quintet drew a luscious, warm sound. Each musician played for the ensemble more than for themselves, finding joy in even the smallest moments during the fairly direct first movement. The Menuetto: Allegretto has more dissonance than might typically be found in a Mozart minuet, but the winding melody always finds its way to a sweet resolution. Zawadiuk’s intelligent playing stood out in this movement.

The Andante features the first viola and violin as they trade off an effusive, improvisatory melody. Cho’s and Herzog’s playing complemented one another beautifully. The slightly mischievous Allegro ends the piece, full of zipping scale passages and clipped Mozartian humor. 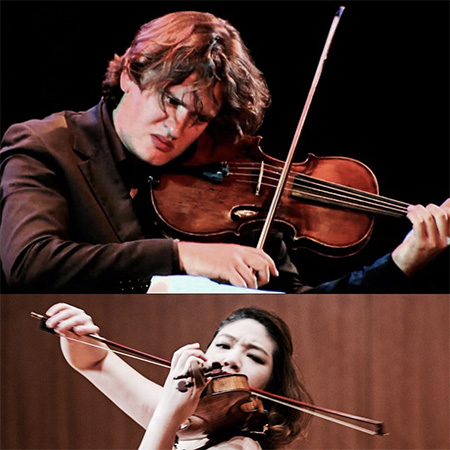 Before Souvenir de Florence, Wong warned the audience against being deceived by the name of the piece. He joked that we should not expect Italian opera, as Tchaikovsky’s writing is all very much rooted in Russian ballet.

The first movement, Allegro con spirito, got off to a roaring start with an impressive wall of sound, Cho stylishly belting out the theme an octave above the rest of the ensemble. After a moment of tenderness, they reached the climax with a zing, and seemed relieved to take a short break before the heart-wrenchingly beautiful Adagio cantabile e con moto.

This second movement is proper ballet music, as the first violin, and later the cello, play a sweeping melody over a soft bed of violin and viola pizzicati. Cho’s playing was breathtaking, and couldn’t have been more fitting to the romance of Tchaikovsky’s music. After the first big chorale section, Herzog’s tone color was spine-tingling, and Chan’s slides in his melody with Cho were both tasteful and sultry. Each musician’s generosity shone through in this movement, and the powerhouse violas and celli grounded the group.

The Allegro Moderato is evocative of a Florentine waterway, at least at first — it eventually turns into a kind of over-caffeinated, off-kilter dance. The earlier part of the movement showcased the ensemble’s seamless passing of melodies and intricate pizzicati, and as the commotion grew, the players dug into the drama of the piece, grinning at each other as they caught one another’s eyes glowing with passion. Zawadiuk was, at one point, literally head banging to the bass line.

The commitment levels only increased in the finale, Allegro con brio e vivace. Chaos turns to beauty and back to chaos again, all with fiery and unrelenting energy. The final fugue section rounds out into a lilting, cinematic melody, with opposite sides of the ensemble dueling for attention. The sextet gave this marathon piece a rousing, emotional performance, and it was a joy to hear and watch.

It might seem that there’s not a lot left to discover after three decades of experience with the Red Priest’s charming and evocative score, but this performance boasted a secret weapon: the young Spanish violinist Francisco Fullana, now the Orchestra’s artist-in-residence, whose affecting personality and easy virtuosity raised the solo part a quantum leap above the merely extraordinary. END_OF_DOCUMENT_TOKEN_TO_BE_REPLACED

END_OF_DOCUMENT_TOKEN_TO_BE_REPLACED

The Cleveland Orchestra’s second performance of the new season on Sunday afternoon, October 17 at the newly renamed Mandel Hall at Severance Music Center was just such an occasion. If the ensemble’s return to public concerts under the baton of Franz Welser-Möst wasn’t enough reason to light a bonfire, the Cleveland debut of a new work written for one of the Orchestra’s most popular soloists, and the swan song of one of its longest-serving members added extra fuel to the celebration. END_OF_DOCUMENT_TOKEN_TO_BE_REPLACED