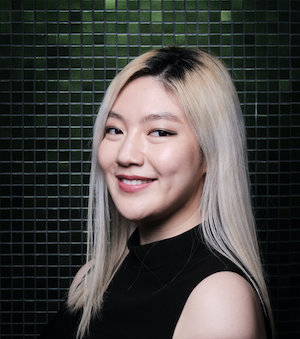 In one way, the next event in ENCORE Chamber Music Institute’s Music & Ideas Festival has a wide appeal. As I said to artistic director Jinjoo Cho during an interview, the music on Friday’s program is both brilliant and, without a doubt, fun.

Still, Cho pointed out that it might not be for all audiences. One piece, Derek Bermel’s Coming Together for clarinet and cello, is composed entirely of glissandos, often wild ones. And depending on the listener, you might hear those as depicting — well, one half of the title of this program.

“Food & Desire” will be presented on Friday, June 17 at 7:00 pm at the Dodero Center for Performing Arts in Gates Mills, preceded by a 6:00 conversation featuring Brandon Chrostowski, founder of EDWINS Leadership & Restaurant Institute. In addition to the Bermel, the program includes music by Svante Henryson, Andrew Rindfleisch, Paul Schoenfield, and Bohuslav Martinů — much of it influenced by jazz. In-person and livestream tickets are available here.

Jinjoo Cho (above) takes a conceptual approach to programming, and for this concert she began with the idea of basic instincts. “I’m constantly looking for something that binds us all, not just traditional concertgoers,” she said. “If you’re part of the human species, you know how good it feels to eat something, or to be intimate with someone.”

The centerpiece of the program is Martinů’s La revue de cuisine, which covers both of those instincts: a story of romance in the kitchen. Scored for clarinet, bassoon, trumpet, violin, cello, and piano, and originally written as part of a ballet that was premiered in 1927, the piece chronicles entangled relationships among the characters of Pot, Lid, Twirling Stick, Dishcloth, and Broom.

Most notably, the marriage of Pot and Lid is temporarily put on ice after Pot falls for the flirtatious Twirling Stick. But soon, according to one synopsis, Pot “longs for Lid’s caresses,” and they kiss and make up. (Friends for a new generation? TV writers, take note.)

The music is just as fun as the plot — though that doesn’t mean it’s easy to perform. “If you haven’t played a lot of 20th-century music, your rhythmic skills are a little bit less practiced, so a jazzy piece like this with complex rhythms will be intense, focused work,” Cho said. On the other end of the spectrum is the group’s cellist, Max Geissler. “He plays music by living composers all the time, with way crazier rhythms, so it’s all relative.”

That led to a broader discussion about assigning parts. “I try to place the right people with the right repertoire — I think that’s really the job of the artistic director.”

“Like anything, when you transcend the notes, it’s the most fun you can have, and I think all the musicians playing on this program are very aural thinkers. They can take the music off the page and have fun with it in the moment, which is actually difficult to do.” 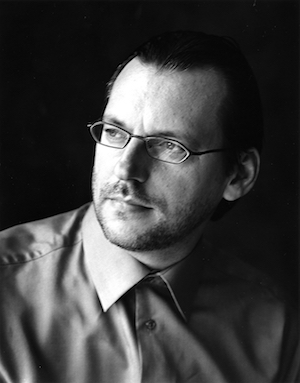 Next, our conversation moved to Andrew Rindfleisch, the Festival’s inaugural Living Composer Highlight, and his Night Singing for clarinet, bass clarinet, piano, and mallet percussion — a piece that offers up a unique blend of moods. Cho described his music as almost like British humor. “There is darkness, but he’s able to see humor in it. And I really connect with that kind of language.”

She also identified a sensuous quality to the piece. “Night Singing is about the kind of trance that you go into in those wee hours of the night, when creativity is brewing and magical things start to happen.”

Food provides the link to the pre-concert talk centered around EDWINS. That organization — which includes a French restaurant, a butcher shop, a bakery, and a multi-purpose space — offers formerly incarcerated adults training and experience in the culinary and hospitality industries, as well as free housing, legal services, basic medical care, clothing, job coaching, and literacy programs.

As with the concepts behind the programming, the pre-concert conversations play an important part in the aptly named Music & Ideas Festival. “For me, the purpose of art is to inspire thoughts and questions about something that’s never occurred to you before, or something that you’ve forgotten about,” Cho said.

“And to have a mission of social justice as well — I mean, how great is that? The message of EDWINS rings very true to me.” She described Chrostowski as a free thinker and an open‑minded intellectual. “Not a lot of people could think of a concept like that. And I love the restaurant — I’ve been going there for years.”

Asked if she had met Chrostowski at some point while dining out, Cho shook her head. “You know, I do a lot of cold calls,” she said, laughing. “The worst you can hear is no.”

END_OF_DOCUMENT_TOKEN_TO_BE_REPLACED

Rodgers & Hammerstein’s Cinderella was originally produced for television in 1957 — seven years after the animated Disney film was released — and starred Julie Andrews. According to the Rodgers & Hammerstein website, it was viewed by over 100 million people. END_OF_DOCUMENT_TOKEN_TO_BE_REPLACED

The story line has its origin in an 1855 play and an 1842 farce that Thornton Wilder mined for his 1938 play The Merchant of Yonkers. When that turned out to be a flop, in 1954 Wilder made the crucial decision to re-center the show around the character of the legendary marriage broker Dolly Gallagher Levi and renamed it The Matchmaker. END_OF_DOCUMENT_TOKEN_TO_BE_REPLACED

The Dodero Center for the Performing Arts at the Gilmore Academy in Gates Mills is one feature of an impressive campus. The auditorium is shallow, the stage is deep, and the ensemble played without a shell. Throughout the program, the sound, especially in instruments’ lower registers, tended to disappear. END_OF_DOCUMENT_TOKEN_TO_BE_REPLACED