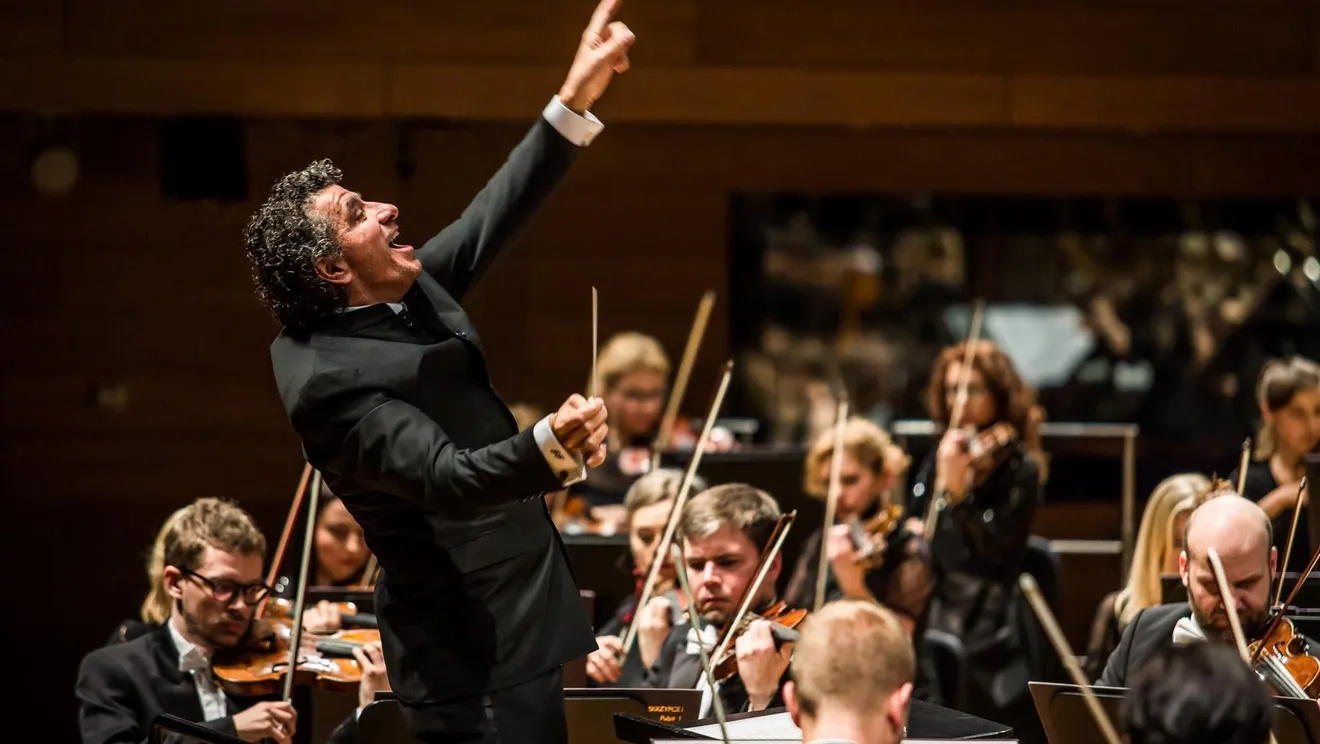 “For me, coming back to Cleveland is like coming home,” conductor Giancarlo Guerrero said during a Zoom conversation from Nashville where he has served as music director of the Nashville Symphony since 2009. “The Cleveland Orchestra was my family for almost ten years and this concert is the project this year that I am looking forward to the most because of my history with this orchestra — I am beyond excited to see everyone.”

On Saturday August 13 at 7:00 pm Guerrero will return to Blossom Music Center to lead The Cleveland Orchestra in a program that features Rachmaninoff’s Piano Concerto No. 2 with Daniil Trifonov, and John Adams’ Harmonielehre. (Note update: Lukáš Vondráček will make his Orchestra debut, stepping in for Daniil Trifonov after an acute arm injury.) Purchase tickets here.

Saturday’s concert is also a homecoming of sorts for Daniil Trifonov, who studied at the Cleveland Institute of Music with Sergei Babyan.

“I’ve known Daniil since right after he won the Tchaikovsky competition. I did a tour with him and a Russian orchestra, and since then we’ve become great colleagues and friends. I played Rachmaninoff No. 2 with him about eight years ago. so I cannot wait to see how his approach has evolved since that time.”

Guerrero said that there should never be an ultimate interpretation of any work, and that “incredible artists” like Daniil, always manage to bring new ideas to a piece. “It’s like learning it again with different ears,” he said.

He added that listeners also evolve. “I’m not the same person I was five years ago and pieces that I loved three years ago all of a sudden don’t seem so interesting. And there are some pieces that I thought I would never conduct in a million years that are now part of who I am.”

He said that Adams’ Harmonielehre, which he recorded with Nashville, is a very personal piece for him. “When I arrived at Baylor University in the 80s — I went from Costa Rica to Waco, Texas which was like going from Earth to Pluto — I was a percussionist and my knowledge of music, as you can imagine for a teenager, was very limited. I knew the standard repertoire because of the LPs I listened to with my friends. But the John Adams work was probably the first piece of modern American music that I learned.

Guerrero said that like most music majors he had to take conducting, and his teacher, Michael Haithcock, who is now the band director at the University of Michigan, took him “under his arm” and told him that he needed to learn more repertoire and expand his knowledge of musical languages.

“He used to give me a list at the end of every week and tell me to go to the library and check them out. And the first week, one of the pieces on that list was John Adams’ Harmonielehre. This was 1986 and the piece had just been written and the first recording of it with Edo De Waart and San Francisco had just come out. And to my surprise the Baylor library had the recording and a score. After that the library became an important place for me.”

He said that he was hooked on the piece from its opening seven chords. “It completely blew me away. The Romantic minimalism was so exciting and I was fascinated by the percussion writing.”

From then on he started to explore more of Adams’ music and soon became an Adams groupie.

“I’ve done Harmonielehre not only in the United States but in Europe and Latin America, and I think it’s the equivalent of Heavy Metal Rock music. The last time I conducted it was at Tanglewood with Boston and the people went crazy at the end — it was like being at an Ozzie Osborn concert. The piece has the ability to capture people’s imagination. It is one of the great tone poems of the 20th century. I’m so happy to get to do it with The Cleveland Orchestra.”

He said it is important for conductors to champion the living composers of their day. “I’m not the first to do that — Koussevitzky did it, Schumann did it, and Mahler did as well. And every conductor will bring their own personality to a piece.

Returning to the subject of his time at Baylor University I was curious to know if Guerrero enjoyed being in a marching band as much as I had.

“I loved it,” he said, “and the reason I loved it was the social part of it. That was where I made friends. Coming from Costa Rica and not speaking English very well, that was the place that taught me how to speak English. It was my introduction to American culture. These kids that were my age had the same aspirations I had, the same dreams. But I came from a different country and they welcomed me. And I got to make music — even though I had never been on a football field before and when I was told to go to the 20-yard line I was as lost as you could be. But that didn’t matter because the one thing that joined us was music. And even better is that some of my best friends today are people I met during that semester in marching band.”

Click here to read a recent profile of Giancarlo Guerrero in Nashville 4All.

Click heren for a printable copy of this article