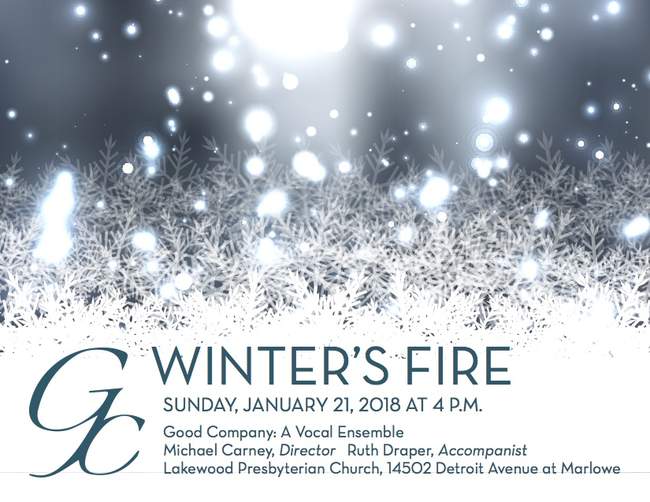 Leave it to Cleveland to produce spring-like weather in mid-January on a day when your chorus is singing a hibernal program about walking on crunchy snow, sitting in front of cozy fires, and driving the cold winter away. Never mind. The splendid repertory Michael Carney chose for Good Company’s “Winter Fire” concert on Sunday afternoon, January 21 at Lakewood Presbyterian Church perfectly evoked the season that wasn’t.

Good Company: A Vocal Ensemble comprises about 25 singers, many of whom are arts professionals but not necessarily professional singers. They take on some challenging repertoire that can visit all eras of choral music. On Sunday, the joys and vicissitudes of winter were the subject of pieces ranging from Henry Purcell to Morten Lauridsen, including a Rossini rarity and the premiere of a new work by Ruth Draper, Good Company’s keyboardist and Lakewood Presbyterian’s music director. 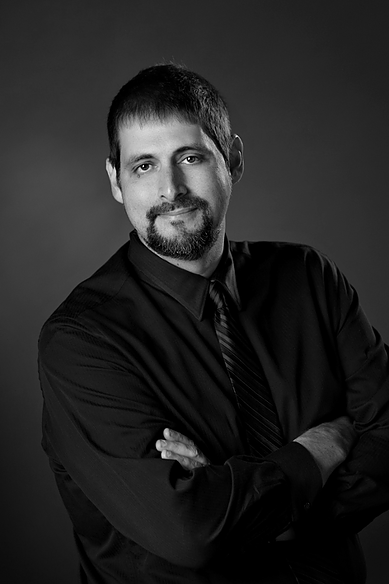 Leading off with “Yver, vous n’estes qu’un villain,” one of Claude Debussy’s three unaccompanied Chansons de Charles d’Orléans, might not have been the safest choice, but the chorus’s tuning and intonation quickly settled in.

Charles’s thoughts about winter (“You’re nothing but a rogue”) were seconded by Purcell’s “See, see, we assemble,” the famous shivering chorus sung by the Cold People in the Frost Scene of the opera King Arthur (“Tho’ quiv’ring with cold we chatter and tremble”). It makes a more dramatic effect with strings, but Draper’s harpsichord prelude and postlude framed the scene nicely.

The centerpiece of Sunday’s program, Morten Lauridsen’s Midwinter Songs set five poems by Robert Graves which the composer writes are “rich in the paradoxical symbolism of dying/rejuvenation, light/darkness, sleeping/waking” — wintry subjects, to be sure. Good Company sustained Lauridsen’s long lines and meditative textures admirably, changing gears for the scherzo-like “Like Snow” and making an impressive decrescendo at the end of “She tells her love while half asleep.” The composer describes the piano part as an equal partner with the chorus, and Draper played it expressively. 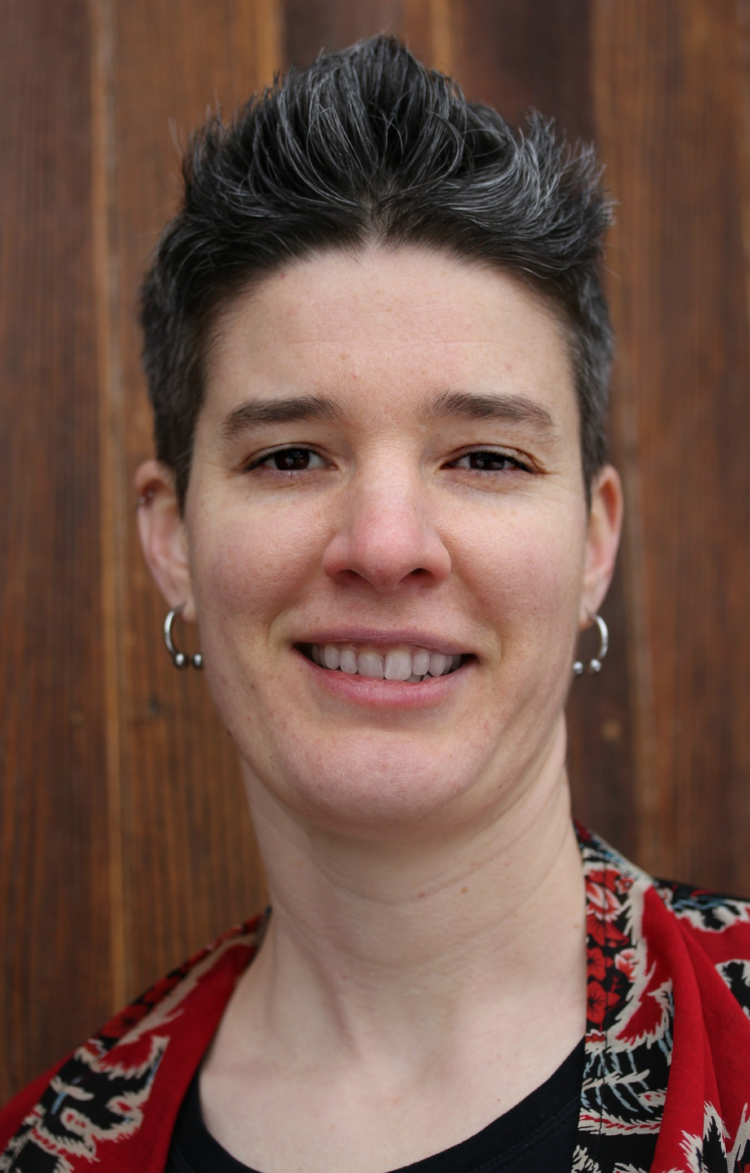 During intermission, while the singers were taking a break and ushers were collecting a freewill offering, Ruth Draper treated the milling crowd to a flawless piano performance of Bach’s French Suite No. 3 that was really worthy of their full attention. In a concert that lasts just over an hour, why not keep the audience in their seats while passing the hat?

Ruth Draper conducted the premiere of her own lovely setting of Sara Teasdale’s The Winter Bluejay. Latvian composer Ēriks Ešenvalds’ The Heaven’s Flock, the meditation of a real or metaphorical shepherd contemplating the night sky, gave Good Company the opportunity to rise to climaxes of ecstatic harmonies and textures.

Pieces for women’s and men’s voices alone provided a good timbral changeup. Joan Szymko’s cheerful and charming Fire, burn bright for sopranos and altos is an extensive field manual about what kind of wood to gather for the hearth (“Hemlock logs are good to last, cut them in the fall”). Then the men chimed in robustly with James Q. Mulholland’s Winter Night, continuing the firewood theme with Edna St. Vincent Millay’s verses about “Sawing and drawing wood for the dwelling | For the night of talk and story-telling.”

Good Company ventured into the world of a cappella jazz with Peter Eldridge’s Come Home, cannily followed by Francis Poulenc’s stylistically similar O magnum mysterium. The program ended with the tongue-twisting text of Rossini’s Toast for the New Year, which bubbled as brightly in Good Company’s performance as the “pétillant mousse” of the champagne it was describing.

Outside the church after the program, people were cycling and skateboarding in t-shirts. Good Company’s engaging concert almost made you wish it had been snowing instead — so you could go home, throw a chestnut log on the fire, pop some corks, and drive the cold winter away. But it’s Cleveland. It’ll be back.