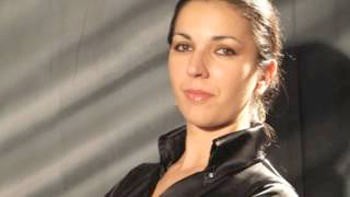 For the fourth event in its five-concert, 32nd season, Heights Chamber Orchestra invited pianist Emanuela Friscioni to be its guest artist in a rare performance of Francis Poulenc’s Piano Concerto. The largely avocational orchestra is playing its first season under its new music director, Mark Allen McCoy. In addition to the Poulenc, HCO offered its audience Charles Gounod’s Funeral March of a Marionette and Franz Schubert’s Symphony No. 6 in C at First Baptist Church on Sunday afternoon, March 29.

Premiered by Poulenc and its commissioner, the Boston Symphony Orchestra, in January of 1949, the single piano concerto is the lesser-known of the composer’s works for piano and orchestra. Neither flashy nor overtly virtuosic, the concerto uses the solo piano more for color and texture than for pianistic ostentation. Indeed, the composer described it as “a light concerto, a kind of souvenir of Paris for pianist-composer.”

Full of Gallic charm, the concerto requires poetic sensibilities and more than a little keyboard skill from its soloist. Emanuela Friscioni filled that role admirably, fitting into the orchestral textures but moving into the foreground when that was required.

Piano concertos with large orchestras are not easy to manage in the lively acoustics of stone churches, and much of the detail in this performance got enveloped in an acoustical haze. But it was a very pleasant haze, to be sure. Poulenc’s wit and occasional mischief came through nicely, along with his jazz-inspired harmonies.

Among Poulenc’s little jokes is the concerto’s surprise ending, one so abrupt on Sunday afternoon that the audience was still sitting on its hands when McCoy turned around to announce, “it’s over!”

Gounod’s Funeral March probably inspired a bit of nostalgia in those of us (of a certain age, and the audience was full of us) who used to tune in in every Sunday evening to “Alfred Hitchcock Presents.” That piece was Hitch’s theme song. McCoy and the orchestra used it as an effective overture, punctuated by simultaneous bass drum strokes and cymbal crashes. Shorter, more incisive playing might have pointed up the little piece’s satirical qualities.

The short concert ended with Schubert’s sixth symphony, completed in 1818 when the composer was 21, but only played for the first time three weeks after his death in 1828. A shame, because it’s succinct and delightful, full of homage to other music Schubert knew at that point in his life, but also quintessentially Schubert in its rhetoric and musical gestures.

Heights Chamber Orchestra played the symphony with such spirit and gusto that it was easy to forgive some occasional disarray in the violins and lapses in intonation in the winds. These players really enjoy what they’re doing, and they have a loyal group of supporters who turn out to hear them. Their concerts are always rewarding.

It might seem that there’s not a lot left to discover after three decades of experience with the Red Priest’s charming and evocative score, but this performance boasted a secret weapon: the young Spanish violinist Francisco Fullana, now the Orchestra’s artist-in-residence, whose affecting personality and easy virtuosity raised the solo part a quantum leap above the merely extraordinary. END_OF_DOCUMENT_TOKEN_TO_BE_REPLACED

END_OF_DOCUMENT_TOKEN_TO_BE_REPLACED

The Cleveland Orchestra’s second performance of the new season on Sunday afternoon, October 17 at the newly renamed Mandel Hall at Severance Music Center was just such an occasion. If the ensemble’s return to public concerts under the baton of Franz Welser-Möst wasn’t enough reason to light a bonfire, the Cleveland debut of a new work written for one of the Orchestra’s most popular soloists, and the swan song of one of its longest-serving members added extra fuel to the celebration. END_OF_DOCUMENT_TOKEN_TO_BE_REPLACED