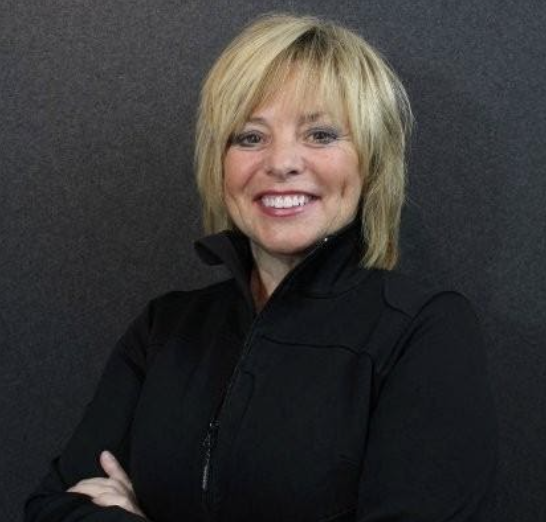 It feels like forever since Tri-C JazzFest was last held in its customary location. During the past two years, Festival director Terri Pontremoli and her team produced one of the best online jazz festivals around, and in September of 2021 Cain Park proved to be a terrific substitute location.

“I don’t want to be too positive, but it does feel like things are getting back to normal,” Terri Pontremoli said during a telephone conversation. 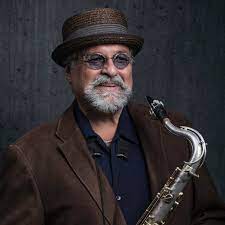 Other artists on the Festival Indoor lineup include Raul Midón (June 25 at 4:30) and Grammy-nominated French artist Cyrille Aimée (below right, June 25 at 2:00) “Cyrille hasn’t been at the Festival since I think 2014 as well,” Pontremoli said. 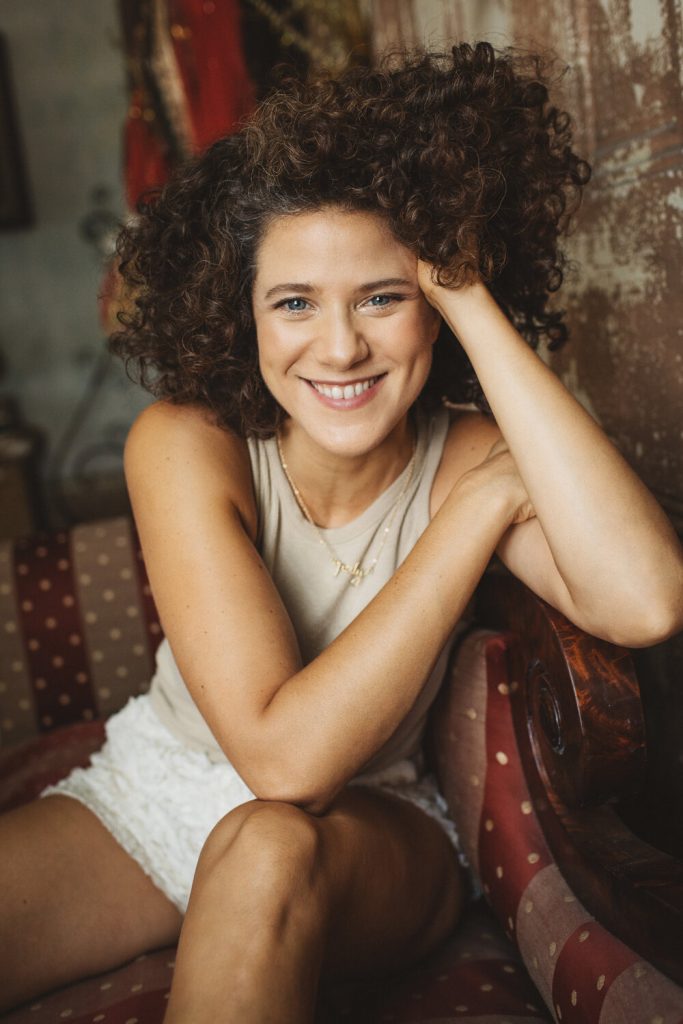 “And opening the show will be Dominick Farinacci and Triad.” That group includes Christian Tamburr (marimba/vibraphone), Shenel Johns (vocals), Jamey Haddad (percussion), and Michael Ward-Bergeman (accordion). “They do everything from Kurt Weill to Piazzolla to Screamin’ Jay Hawkins.”

On June 25 at 8:15 it’s the Tri-C JazzFest All-Star Big Band under the direction of John Clayton. Special guests include John Pizzarelli, Kenny Werner, and Grégoire Maret.

“This show is going to be fun,” Pontremoli said. “First of all they are friends and John Clayton has done a lot of big-band arrangements for John Pizzarelli (below). And people don’t normally get to hear Pizzarelli on the road with a big band — that alone makes this performance unique. I know they are going to include a lot of Sinatra tunes that they arranged together. Pianist Kenny Warner and the wonderful harmonica player Grégoire Maret are opening the show with a centennial tribute to Toots Thielemans, which is going to be just gorgeous.”

Also featured on the Indoor Lineup are multi-instrumentalist Brian Culbertson (June 24 at 8:00) and Ghost-Note, headed by Snarky Puppy’s multi-Grammy-winning percussion duo of Robert “Sput” Searight and Nate Werth (June 24 at 9:30). Click here for performance details and to purchase tickets.

But what truly makes a festival are all the activities that keep audiences entertained when they’re not inside the theaters. And as we’ve come to expect, the Festival will feature free outdoor entertainment under the GE Chandelier at Playhouse Square from 3 pm to midnight on Friday and Saturday.

The Strassman Insurance Stage will feature jury-selected local and regional talent performing everything from jazz and gospel to funk and rock. Check out the lineup here.

Pontremoli noted that education is, and always has been, an important part of JazzFest’s mission. “Last year at Cain Park we had the student bands playing when the stage was being changed, and it was a real hit with the audience. So this year we’ve added what we’re calling the Next Gen stage, which allows us to feature spectacular young players when the mainstage under the Chandelier is on break.” 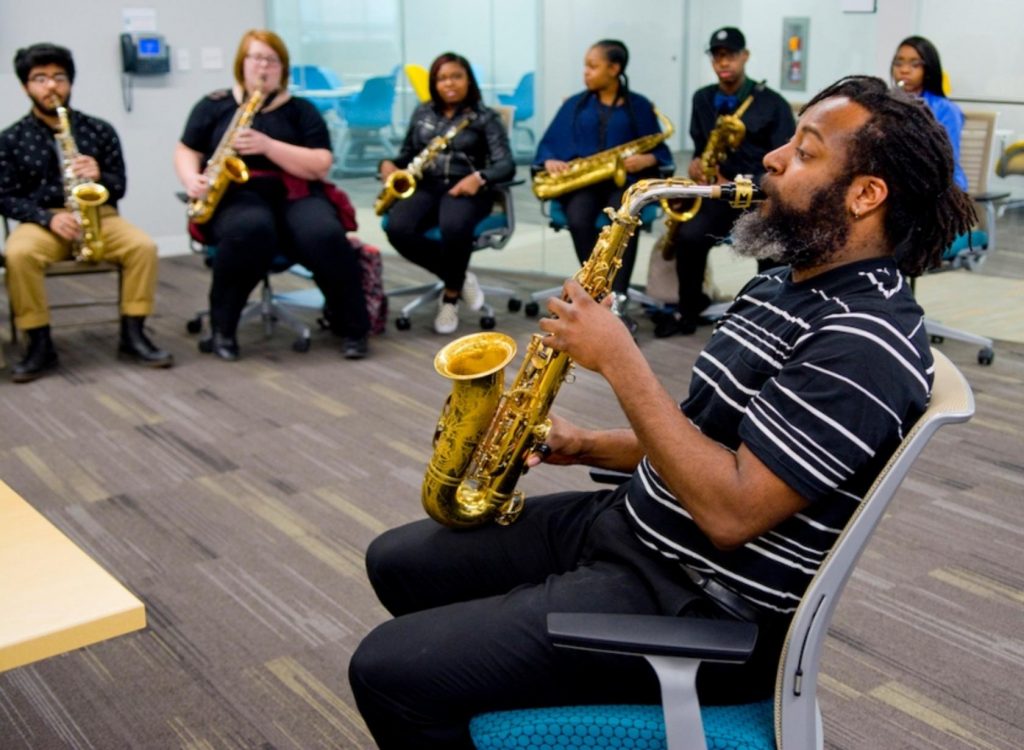 Performers include the Tri-C JazzFest Academy camp students and Spirit of the Groove ensemble. “We’ll also spotlight young players who have gone through the Tri-C program who are now out and about or at other schools and who are playing at a very high level. It’s going to be a great showcase of young talent, so I’m excited about that too.” See the lineup here.

One small change this year is the combining of the popular cooking and JazzTalk tents. “We’re calling it the Jazz Kitchen. We’ll have artists helping the chefs prepare dishes, along with artist talks and interviews.”

If you’re bringing young kids, Pontremoli said there will be plenty to keep them entertained. Children can enjoy musical arts and crafts, drum lessons, face painting, and more at the U.S. Bank Kids Club. And Robin VanLear, from the Cleveland Museum of Art and Parade the Circle, will also be on hand. 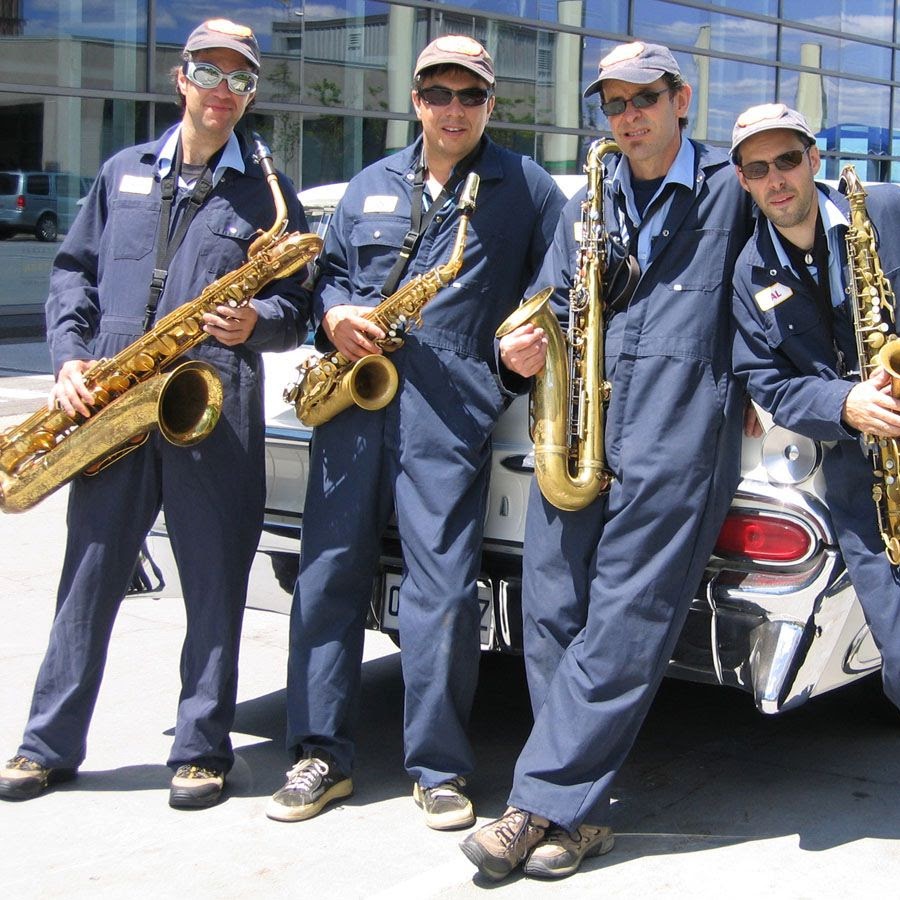 “We’re also bringing back Sax-O-Matic from Montreal. They are our favorite sax quartet — they are hilarious and people love them, and on top of that they’re great musicians.”

Pontremoli noted that as always, there will be food trucks and vendors. “I’m so happy to be back at Playhouse Square. And happy that people are excited. It will be the festival that everybody remembers.”

END_OF_DOCUMENT_TOKEN_TO_BE_REPLACED

Rodgers & Hammerstein’s Cinderella was originally produced for television in 1957 — seven years after the animated Disney film was released — and starred Julie Andrews. According to the Rodgers & Hammerstein website, it was viewed by over 100 million people. END_OF_DOCUMENT_TOKEN_TO_BE_REPLACED

The story line has its origin in an 1855 play and an 1842 farce that Thornton Wilder mined for his 1938 play The Merchant of Yonkers. When that turned out to be a flop, in 1954 Wilder made the crucial decision to re-center the show around the character of the legendary marriage broker Dolly Gallagher Levi and renamed it The Matchmaker. END_OF_DOCUMENT_TOKEN_TO_BE_REPLACED

The Dodero Center for the Performing Arts at the Gilmore Academy in Gates Mills is one feature of an impressive campus. The auditorium is shallow, the stage is deep, and the ensemble played without a shell. Throughout the program, the sound, especially in instruments’ lower registers, tended to disappear. END_OF_DOCUMENT_TOKEN_TO_BE_REPLACED