“Bewitched,” the first subscription concert of this season by Les Délices, can be summed up in one word: sensational. In her introductory remarks, director Debra Nagy talked about the “Embracing Change” theme of the season and completely rethinking the concert experience for streaming. The detailed planning was in evidence throughout the program. “Bewitched” was not just a concert; it was a carefully planned musical film, with elements of drama and music appreciation, all in support of the inspired program choices featuring Medea and Circe, two famous witches (or sorceresses, if you prefer) of classical antiquity.

The performing environment was completely changed, with the five performers in a circular formation on two large rugs that created a playing area in the middle of an otherwise empty chapel at Plymouth Church in Shaker Heights. This gave the video producers the opportunity for creative camerawork — moving in, around, behind, and above the performers — and lighting that often reflected the light or dark aspects of the music. The recorded sound was excellent. Although the chapel is quite a resonant room, it sounded as though the audio engineers added a bit more reverberation to the acoustics, enhancing Les Délices’s already-cohesive sound. 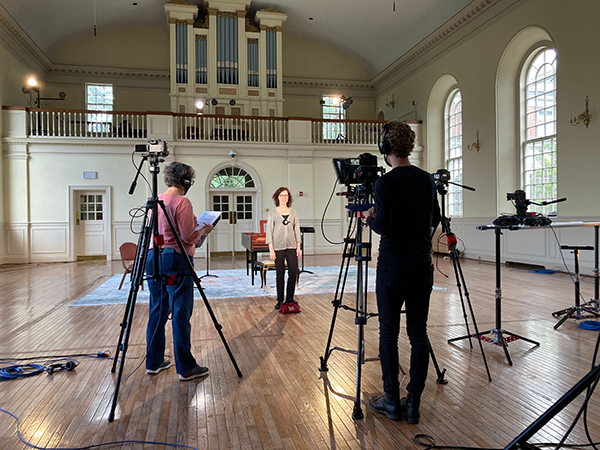 François Couperin’s ensemble sonata “La Française” from Les Nations opened the program with its several contrasted sections, often involving dialogues between instruments. This performance was tight in ensemble and sound. The camerawork made it possible to see the instrumentalists communicating with each other through their eyes, lending even more nuance to their playing.

The Couperin set up the first of two French Baroque solo cantatas that formed the central pillars of the show: Louis-Nicolas Clérambault’s Medée, and Circé by the seldom-heard composer Colin de Blamont. The two sorceresses were related: legend has it that Circe was Medea’s aunt. Both inflicted horrifying penalties on their opponents. Medea killed her children to avenge her husband Jason’s infidelity, while Circe unleashed all the monsters of Hades — plus a whole lot more — on her husband Odysseus. Each follows the usual form of the solo cantata: recitative alternating with arias of contrasting moods, sometimes with shorter ariosos that bridge the gap between recitative and aria. 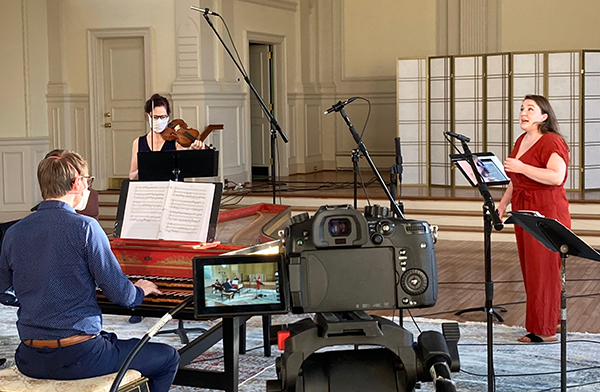 The talented soprano Hannah De Priest possessed the dramatic and textual requirements for this complex music. Declamation was followed by rage, with complex coloratura. But in more introspective moments, her voice was light and lyrical. The instrumental ensemble was also attuned to the various moods, with excellent continuo and obbligato support in the arias. Blamont’s cantata was even more virtuosic and dramatic than Clérambault’s. English subtitles were provided for both.

It may have been accidental, but the movements of the Clérambault seem to have been filmed at different times of day. Sometimes sun shone through the windows, other times it was black as night outside. If it was serendipity, the light and dark appropriately matched the cantata’s moods.

Mark Edwards’s performance of Pancrace Royer’s Le vertigo was arresting. Royer was of the same generation as Jean-Philippe Rameau. He was well-known in his day, but his music has largely slipped into obscurity. Le vertigo did indeed leave the listener dizzy in its constantly changing musical moods, its single melodic lines interrupted by the chattering of rapidly repeated chords. A feeling of capriciousness often plunged into despair. A sudden staccato chord at the end created a feeling of unease and incompleteness. 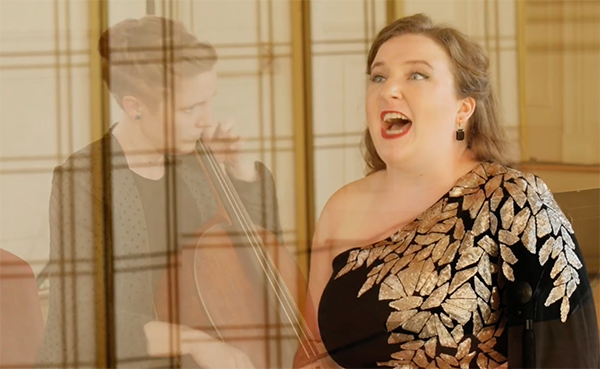 If “Bewitched” is a sign of things to come, I can recommend without reservation the remaining concerts. Les Délices’s, and especially Debra Nagy’s, imaginative thinking about the concert as a television/video experience paid off. Other performing organizations could also benefit by considering what best represents their offerings not performed live in the concert hall. Maybe some of this new thinking could even inform future live performances.

END_OF_DOCUMENT_TOKEN_TO_BE_REPLACED

Supported by engagingly, yet simple staging by Cara Consilvio, a well-prepared cast of singers told the archetypal story of Cinderella with charm and flair. Framing the production was  a sparse but colorful set and wonderful lighting by Dave Brooks. END_OF_DOCUMENT_TOKEN_TO_BE_REPLACED