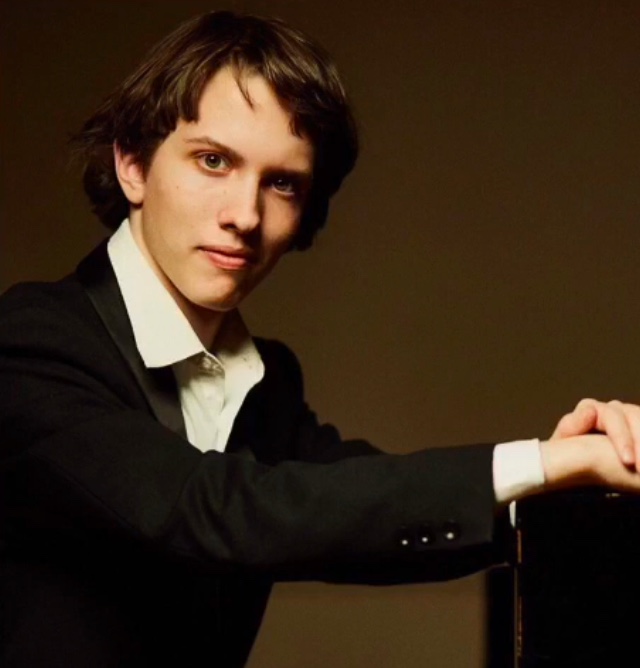 Fresh from Piano Cleveland’s online Virtu(al)oso Competition, where he played one of his own works in the final round en route to winning Second Prize, Russian-born Arseniy Gusev will have another opportunity to showcase his dual musical abilities in September, this time with a live performance and a new piece.

On September 10 and 12 at 5:00 pm at a private location in Orange Village, M.U.S.i.C. – Stars in the Classics will host two “Garden Concerts” featuring the premiere of Gusev’s Rondellus for piano and violin. That’s part of a program devoted to Russian and Scandinavian composers, including Rachmaninoff, Tchaikovsky, Arensky, Glinka, and Grieg, in addition to a work of Danish folk music.

These outdoor, socially-distanced concerts are the last of the year in M.U.S.i.C.’s garden series. Click here for the address to the venue, rain dates, masking requirements, food and drink options, ticketing, and RSVP. [Editor’s note: both evenings are now sold out.]

Joining Gusev to perform Rondellus will be Victor Beyens, to whom the piece is dedicated. “He’s a wonderful violinist and a good friend of mine,” the composer said by email. “I was very grateful for the opportunity to work on the commission for such a fine musician, even though the piece was meant to be rather short.”

The title refers to a Medieval genre and compositional technique based on voice exchange among three musical parts — an idea that Gusev said he has modified “according to our time and to the instrumentation.”

Gusev has been commissioned from M.U.S.i.C. on several occasions, and has found it interesting “to explore the aesthetics of a salon piece in relation to my understanding of contemporary music.” As a comparison to what he’s been writing, he conjured up a vivid image of the inside of an antique store.

“There are a lot of things which have randomly come from different places, with different extent of damage or deterioration, many of them covered with dust. But they all are collected at one place, and they form its distinctive atmosphere. I believe that with salon music this concept can work very nicely — and the Rondellus has become another step in this direction.”

M.U.S.i.C. features Gusev frequently both as a composer and a performer. And as far as garden concerts, he already has one experience under his belt from a program in August, when he played works by Debussy, Ravel, and Kenny Dorham, in addition to his own Black Salamander for piano and xylophone.

“That was the first time in the summer that I played for a live audience, so it felt very refreshing and inspiring,” he said. “It’s really great that a few musical organizations keep arranging concerts in these unstable times, and I am tremendously thankful for a chance to still share music with people despite all the difficulties.”

Those difficulties facing musicians amidst COVID-19 are many, and are not limited to the performing side of the field. Gusev studies piano with Sergei Babayan and composition with Keith Fitch at the Cleveland Institute of Music, an institution which has invented its own unique plan to move forward with instruction.

Gusev has found online education to be “generally less effective” than being in person, “but as long as students are able to study passionately on their own, this difference is not really noticeable,” he said. Experience being independent has been helpful to him. “I’ve studied on my own in the past much more than at school, so I’m not struggling a lot right now, even though it still feels quite a bit surreal to see so many masks every day.”

Of course, there was also the matter of his recent prize to discuss: runner-up at the Virtu(al)oso Competition also meant being on the receiving end of $2500 and consulting services. And because the winner, Martin James Bartlett, was already under contract with Warner Classics, Gusev also nabbed a not-so-insignificant piece of First Prize: a recording contract with Steinway & Sons.

That has him both excited and hopeful about creating “a memorable CD with pieces which are especially dear to me, including my own transcriptions of music by Bach, Mahler and Dowland.” He’s also quite thankful, both to Piano Cleveland for having hosted “such a wonderful competition,” and to all those who supported the contestants. (The organization allowed listeners to donate to support prize winnings.)

“Music has gained a very special importance during this difficult time,” Gusev said, “and I am happy that we have a chance to be heard.”