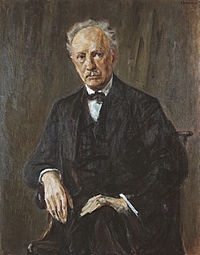 Genre: Symphonic Poem — an orchestral work with extra-musical meaning (typically some sort of narrative)
Scoring: Large orchestra
Era: Late Romantic
Length: c. 15 minutes
Will you recognize it? It may remind you of the Looney Tunes
Recommended Recordings: George Szell and The Cleveland Orchestra or Georg Solti and the Chicago Symphony Orchestra

Composer: Richard Strauss (1864-1949). Richard Strauss has no relation to the Strauss family of Vienna (of Blue Danube fame), but he does know how to write a piece that puts a smile on your face. He was born to the principal horn player in the Munich orchestra and showed prodigious musical talent from a young age.

Strauss revolutionized the European musical scene with his symphonic poems, which showcase his innovative orchestrations and philosophical inclinations. His total command of the orchestra results in compositions filled with lush strings, roaring brass, and dazzling woodwinds, each individual part sounding tailor-made for that instrument.

Strauss’ 55-year marriage to soprano Pauline de Ahna was one of bickering, but also of true love. She was a constant inspiration for him, as his operas suggest: they contain many of the finest soprano parts in the repertoire. His most beloved compositions remain the symphonic poems, operas, and songs, which are noted for their rich textures and charm. 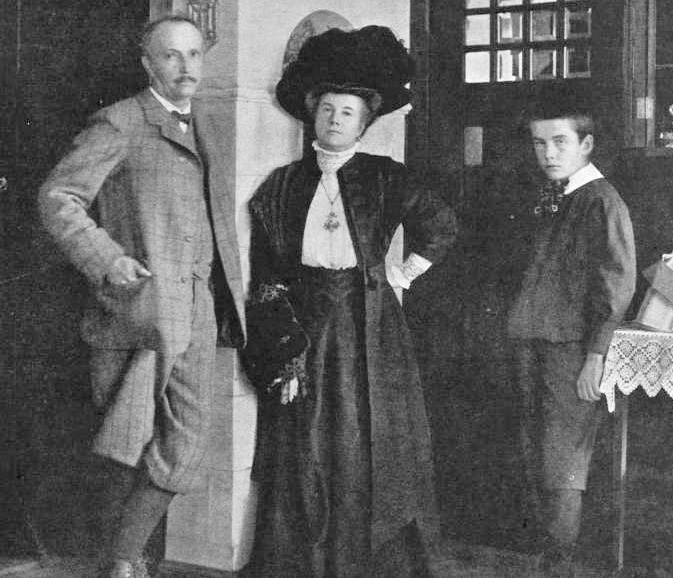 The Piece: Till Eulenspiegel (pronounced OY-len-shpee-gul; means “owl-mirror”) began Strauss’ second series of symphonic poems, composed just as he was garnering his enfant terrible (bad boy) reputation throughout Europe. He explores many new possibilities with form, and turns to a whimsical tone in this work. It is based on the Medieval legend of Till Eulenspiegel, who was a German prankster.

The piece begins with a “once upon a time” introduction in the strings, and then Till’s two themes are heard. The first one is in the horn, and the second one in the E-flat clarinet about a minute into the work. These two themes make up the foundation of the tone poem, as all subsequent material is developed from them. We are taken on a tour of Till’s escapades, such as taunting of schoolteachers (represented by bloating bassoons) and riding a horse through the marketplace, wreaking havoc upon the town (cue crashes in the percussion).

After Till escapes the scene, the music climaxes, as if he were pulling off his final prank. Luck appears not to be on the merry-maker’s side, however, and the orchestra roars as Till cowers (hear the fear in the solo clarinet) and is sent to the gallows. Strauss was not satisfied to leave it there: the “once upon a time” theme returns in the epilogue. A mischievous finale suggests that the spirit of Till Eulenspiegel merrily lives on in all of us.

Personal Notes: Those of us who grew up with the Looney Tunes will be taken back to our childhoods in this sound world. When I first heard the piece, I thought it was originally the background of an old Bugs Bunny/Elmer Fudd cartoon. While I was wrong, there is a strong cartoon vibe in this piece. Nothing to do but sit back and laugh! Strauss exhibits his wonderful text painting abilities here, carving each prank out of sound.