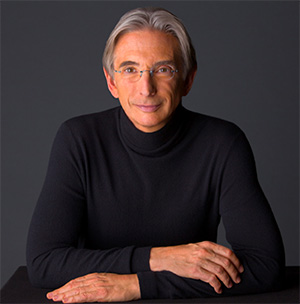 “I recently heard Cleveland give a staggeringly virtuoso performance of Mahler 5 and I’m eager to make some great music with them,” Thomas said by telephone from Miami, where he founded the New World Symphony in 1987 and serves as its artistic director.

Thomas said that he has been a longtime admirer of the Bohemian-Austrian poet and novelist Rainer Maria Rilke, adding that the six poems that comprise his Meditations all come from the same collection compiled by Robert Bly. “The book also includes some autobiographical information on Rilke,” Thomas said. “It has been my constant companion for many years and I cannot recommend it enough.” He added that in addition to Rilke, Walt Whitman, Emily Dickinson, and Michelangelo are his most read poets.

The musical spirit of the 40-minute song cycle can be found in a story Thomas’ father often related to him. In his program notes Thomas writes:

In the early 1930’s, as a young man, [my father] and a few other WPA-lefty-artist friends drove across the country in an old jalopy. They arrived in Oatman, Arizona — a last chance, nearly abandoned, mining town…. They had run out of money and needed to get cash to buy food, gas and, most of all, to get out of Oatman. In the café/bar was a sign saying “Dance, Saturday Night — Pianist Wanted.” My Dad, who could play any Gershwin, Berlin, swing, rhumba, whatever number, asked for the job. “Just so long as you can play our music,” said the guy behind the counter. Teddy signed on with total confidence. Imagine how startled he was on Saturday when they asked him to play the “Bear Fat Fling.” Of course, he figured out how to play it.

Thomas noted that the town of Oatman still exists. “It’s a town for tourists — a lot of people bring their kids there because they allow burros to run in the streets. I’ve never been there but I’ve very much wanted to go. Maybe they have a job in that same café.”

The idea of using his father’s story as a source of inspiration for setting Rilke’s poems goes back many years. “Like all my pieces, it’s a process. Some of the songs were written a number of years before the others. While I was happy with one section or another, I wasn’t absolutely convinced how some would flow from one to another. But in more recent times all of this became clear to me.”

Certain songs began their lives in versions for other instruments — for example, the first song, Herbsttag (“Autumn day”), was originally written for solo trombone. “It still gets played,” he said, adding that another has been used as an encore piece. “But I’ve pretty much kept these close to home.”

Thomas described the fourth setting, Immer wieder (“Again and again”), as a Schubert cowboy song. His father often pointed out that tunes like Red River Valley had similarities to the songs of Schubert. “Schubert’s very clear use of basic harmonies in unusual ways is one of his many wonderful characteristics,” Thomas said.

“If you look at the little notebooks that he took with him to parties, usually they were plans for dances that he would improvise on over the course of the evening. They’re just these 8-bar, 12-bar sketches, but they’re always in the simplest possible language and always have one unusual move,” Thomas said. “That’s what I was trying to create in these songs. But there is a surprising overlap between cowboy music and the music of Schubert. He was an enormous fan of Western fiction. I think one of the last things he asked for on his deathbed was a copy of the latest James Fenimore Cooper novel.” (It is believed to have been The Last of the Mohicans.)

Other songs in Meditations are simply streams of consciousness. “It’s just the way my mind works. Jung said that the way you accidently hit your elbow, or smell a fragrance, are all valid starting points to explore the subconscious. And I guess that’s what these pieces are,” Thomas said.

The San Francisco Symphony, under the direction of Michael Tilson Thomas, gave the world premiere of Meditations on Rilke on January 9 of this year. The soloists were mezzo-soprano Sasha Cooke and bass-baritone Ryan McKinny. The Cleveland performances will be sung by Cooke and Dashon Burton. “I’ve heard Dashon sing in a number of things — in fact, he and I will be doing the Brahms Requiem later this year — so I’m thrilled to have him onboard for the Cleveland concerts.”

When asked about the future of the piece, Thomas said that it will receive performances in Los Angeles next year along with future dates in Europe. “These things take time,” he said. “The set of Dickinson songs that I wrote for Renée Fleming is just now starting to be performed all over the place.” 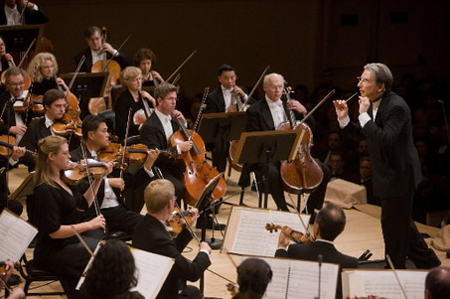 While Thomas, who is in his 25th and final year as Music Director of the San Francisco Symphony, has occasionally programmed his own music, his busy conducting schedule has left little time for composing. “In this period of my life, I’m trying to reconnect with who I was before,” he said. “The entire time I’ve been sketching music and writing a lot of material more in a Broadway sort of vein — I have books and books of pieces. So, I’m going back to this earlier music to see if I can build a new me. It’s a voyage of discovery.”

This week’s concerts will also include Berlioz’s Symphonie fantastique. Thomas first led The Cleveland Orchestra in a performance of the piece at Blossom in 1977. The conductor said that the entire work proceeds from a tune that Berlioz wrote when he was eight or nine years old.

“That sweet little song is the very first thing you hear in the piece. It evokes Harriet Smithson with a theme that I think gives the impression of how she read the part of Ophelia in the performances that Berlioz heard. What struck me is that he was sitting in the most remote seats in the theater, and he barely spoke English, let alone Shakespearean English. So, it was something in the basic cadences of her voice that captivated him and are represented by the idée fixe. It takes great tenderness and understanding to play the piece with brilliance and that’s what I love to bring to it.”

In December, Michael Tilson Thomas was presented with a Lifetime Achievement award at the Kennedy Center Honors. We joked about the word lifetime. “You mean like, what do you do with yourself after you get a lifetime achievement award?” he said, laughing. “But seriously, so much about the event was the presence of all the amazing young people I’ve worked with over the past 40 or 50 years — to see them all together and how well they’re doing, what beautiful music they make, and how adventurous their spirits still are. I can see the influence of the time we spent together, but I can also see the many courageous and new things they’re doing that I never would have thought of, so that makes me very happy.”

The cimbalom was the feature of the show, an instrument capable of taking on many personas. Its performer, Chester Englander, has shaped his career around the instrument, and has inspired composers to write more repertoire for it, some of which was presented on the program. END_OF_DOCUMENT_TOKEN_TO_BE_REPLACED

You wouldn’t expect that acoustic from a glance at the nave, which is wide and long, but not especially lofty. But when I guest conducted a local amateur choir and professional orchestra in Beethoven’s Mass in C there a few years back, during the first rehearsal we released the final chord of the “Gloria” and listened in astonishment for the next several seconds. The sound continued to roll down the space like the big wave that surfers dream about. END_OF_DOCUMENT_TOKEN_TO_BE_REPLACED