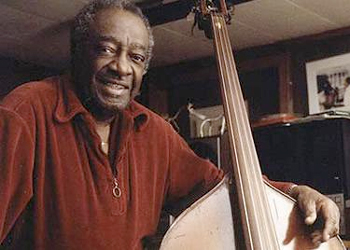 For seven decades, bassist Milt Hinton played with the most influential artists in American music. While doing so, Hinton chronicled his experiences through the lens of his ever-present camera. This week the Oberlin Conservatory will celebrate its ties to the late performer with the Milt Hinton Institute for Studio Bass, a biennial summer program for developing musicians that takes place on the Oberlin campus from June 12 to 19.

At the heart of the program is Milt Hinton Day, a daylong celebration of the life and legacy of Hinton through film, music, and more. Free and open to the public, Milt Hinton Day takes place on Thursday, June 16, in multiple venues on campus. See our concert listings page for a complete list of Milt Hinton Day activities.

The Institute is part of an ongoing relationship between Oberlin and the Hinton estate which assures that the legacy of “The Dean of Jazz bassists” will be kept alive well into the future. 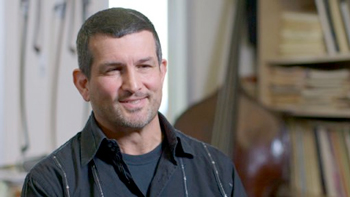 The roots of Dominguez’s relationship with Hinton go back to 1979. “I was in a lesson with Richard Davis at the University of Wisconsin at Madison. Richard told me that Milt Hinton was starting a scholarship competition and he thought I would be a good candidate,” Dominguez said during a telephone conversation recalling his first encounter with Hinton. “I asked Richard a question about the competition, and he said, ‘Well, I don’t know the answer to this. Hold on a second.’ Davis went over to the rotary phone and dialed a number and said, ‘Hi Milt? I have a student here who has a question,’ and he handed the phone to me.” Dominguez went on to win that first scholarship competition.

As part of its new relationship with the Hinton estate, Oberlin was gifted the $250,000 Milton J. Hinton Scholarship Fund, established in 1980 by friends and family of Hinton on the occasion of his 70th birthday. “Can you imagine!” Dominguez exclaimed. “That just shows you where his thinking was. He gave so much, and now the Milt Hinton Institute will take place in perpetuity every two years.”

One of the many things Dominguez admired about Milt Hinton was his willingness to help young bass players get their start in the music business. “I found out that when my teacher, Richard Davis, went to New York in his 20s, Milt basically took him through the studios to show him off and had him play all sorts of music. He helped so many people out. I’m a direct line from that, having received those same kinds of things from Richard Davis.”

Throughout his career, Dominguez continued to stay in touch with Milt and his wife. “When Milt passed in 2000, I wrote a couple of letters to Mona. About two years ago I was in New York going through their archives and there were the letters. Mona kept everything.” 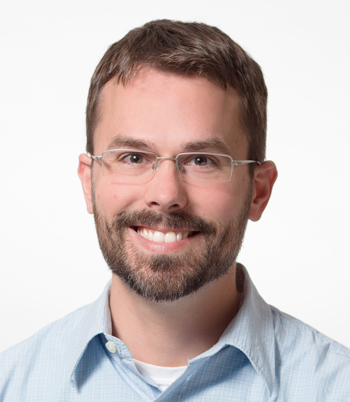 After the Bertram and Judith Kohl Building for Jazz Studies was opened in 2009 and Jeremy Smith had been hired as the Special Collections Librarian and Curator of the James and Susan Neumann Jazz Collection, Dominguez contacted David Berger, the executor of the Hinton estate, telling him that Oberlin might be the place to house Hinton’s archives.

“We brought David and Holly Maxson to Oberlin about three years ago,” Dominguez said. “They thought about the idea and said yes. Oberlin met the criteria because Milt always said that he wanted his stuff to go to an educational institution so that future generations could learn from it. He didn’t want it to be put in a museum and locked away.”

Jeremy Smith described The Milton J. and Mona C. Hinton papers as essentially all the materials compiled by the Hintons over the course of their lives. “Everything is there, including date books that both Milt and Mona kept documenting his day-to-day musical activities from the 1950’s until his death in 2000. They show who he was playing with and what recording sessions he was on. They obviously did this to keep his schedule organized and to make sure he was paid for all the gigs he played.” 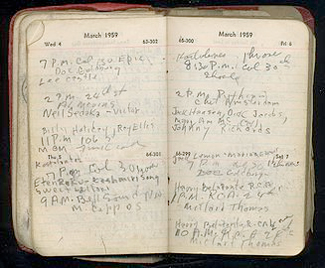 The papers include correspondence between Hinton and other musicians, as well as with United States presidents. “We have awards he was given, honorary doctorates he received, and documents about streets that were named after him,” Smith said. “We also have concert programs from many performances he gave during his life. We have articles and newspaper clippings, financial records, contracts from when he was with Cab Calloway, and even tax records. It’s really a thorough collection that documents a person who was one of jazz’s — and really music’s — most prolific recording artists of the twentieth century.”

In addition to being a great musician, Milt Hinton was also a noted photographer. “I believe Milt purchased his first camera in 1935, right before he went on the road with Cab Calloway,” Smith said. “There are over 60,000 black & white photos. He really captured a unique perspective of jazz musicians that other photographers didn’t have. He wasn’t an outsider coming in with a camera and setting up lights and being intrusive. He was just Milt hanging out in the studio and backstage. Oberlin does not own the photograph collection — it’s still administered by people associated with his estate — but we have a very good relationship with them.” 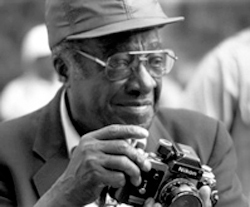 Smith, who holds a Ph.D. from Duke University in Jazz History, said that every time he digs into the collection he learns more about Milt Hinton. “You can’t really study jazz without knowing him. But before I started to really look into his life and his papers I had no idea how stylistically diverse his musical contributions were. I associated him only with jazz and I didn’t have a clue that he had recorded with Barbara Streisand, Willy Nelson, and Aretha Franklin. I didn’t know about the TV jingle side of his work either, and I was only moderately familiar with him as a photographer.”

After all the digging, has Smith been surprised by anything? “I knew what a legend he was and about all the awards he had won and all the accolades he had received. But you don’t understand the extent of his influence until you see handwritten letters from President Carter, until you open up his date book and read the names of every major musician — and these are just people who he called and chatted with.

“To see the accolades he received from the greatest jazz musicians and the greatest musicians beyond jazz as well; to see a letter from President Clinton thanking him for his contribution to American culture — it’s really quite remarkable. And that came alive for me through these artifacts in a way that it previously hadn’t.”

END_OF_DOCUMENT_TOKEN_TO_BE_REPLACED

Rodgers & Hammerstein’s Cinderella was originally produced for television in 1957 — seven years after the animated Disney film was released — and starred Julie Andrews. According to the Rodgers & Hammerstein website, it was viewed by over 100 million people. END_OF_DOCUMENT_TOKEN_TO_BE_REPLACED

The story line has its origin in an 1855 play and an 1842 farce that Thornton Wilder mined for his 1938 play The Merchant of Yonkers. When that turned out to be a flop, in 1954 Wilder made the crucial decision to re-center the show around the character of the legendary marriage broker Dolly Gallagher Levi and renamed it The Matchmaker. END_OF_DOCUMENT_TOKEN_TO_BE_REPLACED

The Dodero Center for the Performing Arts at the Gilmore Academy in Gates Mills is one feature of an impressive campus. The auditorium is shallow, the stage is deep, and the ensemble played without a shell. Throughout the program, the sound, especially in instruments’ lower registers, tended to disappear. END_OF_DOCUMENT_TOKEN_TO_BE_REPLACED