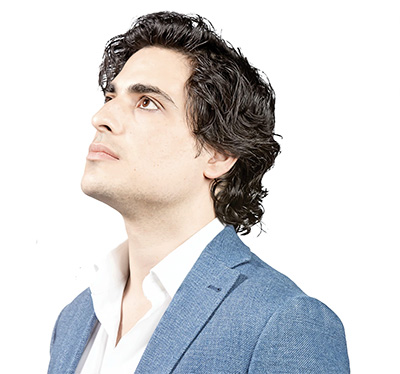 July is a different matter, and several U.C. institutions have joined forces to inject a new series into the calendar this year designed to keep performances flowing and to increase access to classical music. We spoke with Israeli pianist and recent CIM graduate Or Re’em, who is Music Director for Music in the Circle, an international summer music festival, to find out what’s in the plans.

Re’em had previously been involved with Judson Manor’s intergenerational program that houses CIM students in University Circle’s celebrated retirement community (read a New York Times feature here). “When the festival idea came up, Judson generously offered to sponsor visiting artists in their guest apartments,” he said. “That made it possible to invite artists from South Africa, Germany, Switzerland, and Israel. The program grew bigger than I originally expected.”

Re’em is particularly looking forward to the July 11 performance of Infinite Spinning by Chris Neiner, a master’s student of Keith Fitch at CIM. “It’s a wonderful piece with very colorful timbres. Chris has also arranged Libertango for the Nighttown concert.”

Tickets for the Nighttown performance can be ordered here. Complimentary tickets to other events, including free registration for the Judson Manor concert, are available here.